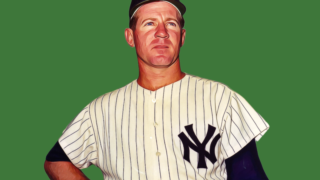 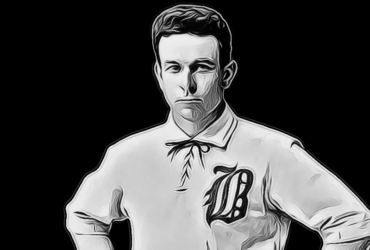 Of baseball’s famed duos, a Boston pair from the 19th century deserve to be remembered for their lively and ingenious play.

Sir Hugh Duffy: The Little Giant in the Batters’ Box

If he’s remembered at all, Hugh Duffy is largely remembered for his amazing 1894 season, in which he hit .438, a mark that remains a major league record. But he was also a manager, executive, coach, and team owner, who was under contract in baseball for an incredible 68 years of his life.

Duffy was born in Cranston, Rhode Island, on November 26, 1866. After two seasons in the minor leagues, he was scouted by Cap Anson, who signed Duffy to play for his Chicago White Stockings in the National League in 1888. It was the first of four major leagues that Duffy would play in, and he hit .300 in each of them.

At just over five-feet, seven-inches tall, Duffy was a small player who carried a heavy wallop in his bat. He had broad shoulders and powerful arms, and his range in the outfield was extraordinary. He was known as a sharp dresser, and he earned the attention of admiring female fans with his classic good looks.

In 1890, Duffy was one of many stars who jumped to the upstart Players’ League, where he worked under Charles Comiskey. After a season with Boston in the American Association in 1891, when he batted .341 with 83 stolen bases, Duffy was lured back to the National League by Frank Selee of the Boston Beaneaters.

With Boston, “Sir Hugh” enjoyed his best seasons, and gained tremendous popularity with fans after he was teamed with fellow outfielder Tommy McCarthy, also a product of the northeast. Duffy in center field and McCarthy in right (and later left) were dubbed “The Heavenly Twins” by adoring Boston rooters. The duo played four seasons together, helping the Beaneaters to two pennants.

In 1894, Duffy hit .438 with 236 hits in 124 games, 160 runs scored, 50 doubles, and 18 home runs, many of the inside-the-park variety. Duffy remained in center field for Boston through the 1900 season, before jumping to the upstart American League, where he played a major role in establishing the circuit as a rival to the N.L. As a conduit to players, Duffy helped convince several N.L. stars to bolt for the A.L., and he helped choose the location of Huntington Avenue Grounds, where the Boston Americans played. By 1906, Duffy’s long career as player was over, but he stayed in the game as a minor league team owner, and managing the Phillies, White Sox, and Red Sox in three stints from 1904 to 1922.

Later in the 1920s, Duffy coached the baseball team at Harvard University, while also scouting for the Red Sox, keeping his ties to Boston strong. While under contract with the Red Sox, Duffy tutored a young Ted Williams in the 1930s, saying of Williams, “He’s the greatest hitter it has been my pleasure to look at, and don’t forget, I’ve been looking at Hugh Duffy in the shaving mirror for many a year.”

Tommy McCarthy: Outstanding in the Outfield

The other half of Boston’s “Heavenly Twins” was Tommy McCarthy, who didn’t earn a chance as an everyday player until he was nearly 25 years old, but when he did, he delighted crowds with his stellar outfield play and fine base running. One newspaper account called McCarthy “the most clever and scientific man in base ball.”

McCarthy was born in the heart of the southern Irish district of Boston, on July 24, 1863, the son of a liquor dealer. As a boy he played baseball with several teams in the city before earning the attention of Tim Murnane, the manager of Boston’s Union Association club. Murnane signed the speedy right-handed hitter in 1884, and McCarthy played 53 games for the Reds. After the Union Association folded, McCarthy latched on with the Boston entry in the National League for a brief stop in 1885, before spending parts of the next two campaigns with the Quakers of Philadelphia.

With the Quakers, and later the St. Louis Browns (managed by Charles Comiskey) of the American Association, McCarthy perfected a play that inspired the infield fly rule and tag rules that we know today. Playing the outfield, McCarthy would run under a pop fly and juggle the ball as he ran into the infield, never firmly securing the ball, confusing runners and enabling McCarthy to perform a triple play, at least on one occasion. McCarthy, or “Little Mac” as he was known, also perfected the trap play, where he allowed a ball to short hop in front of him, subsequently firing the ball to the infield for a force play or a double play. John McGraw recalled a game in the 1890s, when McCarthy caught his Baltimore Orioles teammate Wilbert Robinson with the play twice in one contest. “The first time, Robbie was caught when McCarthy let the ball drop. Later, not to be fooled, Robby ran for third assuming McCarthy would pull the same stunt, but he didn’t, catching the ball to double Robbie off second base. Those of us on the bench were rolling with laughter, but Robbie was sore as he could get.”

After four seasons with the Browns, where he batted a career-high .350 in 1890, McCarthy re-joined the Boston Beaneaters in 1892. In his first two seasons, McCarthy helped the club to the National League pennant, hitting .346 in 1893, with 107 runs scored. At various times he played either right or left field, flanking his friend Hugh Duffy. The duo were popular with the fans in Boston’s South End Grounds bleachers, earning the nickname “The Heavenly Twins.” When stationed in left field, McCarthy would put on trick plays, including one in which the shortstop pretended to lose the ball in the sun, and McCarthy would creep from his position in shallow left and scoop the ball up at his shoe tops. The runners, thinking the ball was going to drop in, would be tagged off base. In another favorite ploy, McCarthy would pretend that a base hit had eluded his glove and start after it like it was rolling beyond him. Once the runners started to advance, Tommy would fire the ball, which he’d hid in his glove, getting the out. Playing shallow much of the time, on more than one occasion, he was the middle pivot on a double play in the infield.

After the 1895 campaign, “The Heavenly Twins” were separated, when McCarthy was sent to Brooklyn. After a final year with the Bridegrooms, McCarthy retired, having socked away much of the money he’d earned as a ballplayer. He and Duffy opened a bowling alley and saloon in Boston called “Duffy and McCarthy,” which Tommy ran for several years. McCarthy also coached at Dartmouth, Holy Cross, and Boston College, and later served as a scout for the Cincinnati Reds, Boston Braves, and Boston Red Sox. 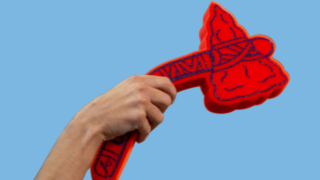 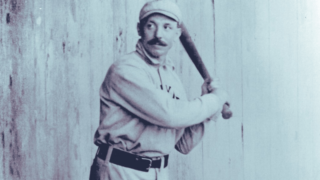