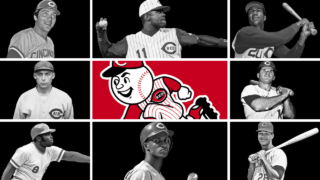 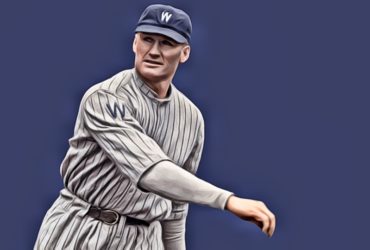 The tall, long-armed 19-year old right-hander soon found a new catcher, and in less than a year he was in the big leagues and on his way to immortality. When he faced the potent offense of the Detroit Tigers in his major league debut in 1907, Johnson, a fresh-faced farm boy just called up from the Idaho State League, was heckled mercilessly by the raucous Tigers.

“Hey, look at the rube!” they hollered, as they mooed like cows and made other barnyard references. The Tigers won that game, 3-2, in large part because of the many bunts they dropped down against the unsuspecting rookie. Following the game, Johnson was on the field with a teammate fielding bunts, vowing never to be defeated by that method again.

Won Despite Pitching for a Mediocre Team

In a 21-year career, “Big Train” won his share of games, as he captured 417 victories, all in the uniform of the Washington Senators. Pitching for mediocre teams for much of the first half of his career, Johnson was amazingly successful. In 1913, he went 36-7, while the rest of his team was 54-57. He was a one-man losing-streak stopper. He won as many as 20 games twelve times, including ten times in a row from 1910-1919. With his lightning-quick fastball that one opposing batter described as “the most terrifying flying object in the world,” Johnson notched strikeouts at a record pace. He led the American League in K’s 13 times in his career.

Facing Johnson was a challenge for even the best major league hitters, who rarely – if ever – had seen a pitcher throw that hard. What amazed observers the most was his ability to throw hard throughout the entire game. Previously, other hurlers – Amos Rusie, Rube Waddell and Cy Young, for example – had featured blazing fastballs, but Johnson seemed to throw even harder, and more frequently.

Ty Cobb once said that his most difficult days in the big leagues were when the clouds darkened the field and Walter Johnson was on the mound. Johnson’s tremendous fastball was hard enough to hit when you could see it coming, but from the shadows, it was nearly impossible. Nevertheless, Cobb employed a secret trick to ensure success against Johnson. He stood practically on top of the plate, knowing that Johnson feared his fastball would kill a man if he hit him in the head, Cobb figured correctly that Johnson would toss pitches outside. Cobb feasted on those pitches, but he was one of the very few who faired well against the Senator hurler.

The right-hander, who hurled a record 110 shutouts, had a ritual that became familiar to Cobb and others who faced him frequently throughout the years. Standing tall on the hill, Johnson would tug at the bill of his cap, dip his pitching hand into the dirt of the mound, allow the darkened earth to sift slowly through his fingers, peer into the center of his catcher’s mitt, rock back slightly as he lifted his arms over his head, and propel himself toward the plate. His long arm, often at a sidearm angle, would whip toward the batter, almost seeming to reach the plate itself. The batter would then have a few precious seconds to locate the ball, recognize the type of pitch, and direct his bat toward the flaming sphere. Often, the battle was over before the hitter could get his bat through the strike zone. On 3,509 occasions, Johnson fanned the enemy batter.

Johnson himself, writing for Baseball Magazine in the midst of his career, gave his own scouting report on himself.

“I [am] fortunate in the few things that are mine: speed, good control and a very fair curve. These things are all I need and with their use I am content to leave well enough alone.”

That simple formula worked just fine for Walter Johnson, who finally won a World Series title with the Senators in 1924, and who earned election to the Hall of Fame in 1936 as one of the first five selected for that honor. 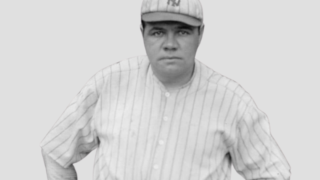