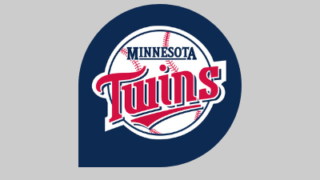 Blyleven’s wait is an indictment of the Baseball Writers

On Wednesday, Bert Blyleven was elected to the National Baseball Hall of Fame, earning his place among the greats of the game. After 14 tries, the Baseball Writers Association of America finally repaired its most glaring mistake, electing a man who most baseball experts concluded was Hall of Fame worthy years ago.

But the BBWAA, in an illogical pattern of voting that is far too common for that organization, only gradually began to see the light. Blyleven slowly crept his way up the voting tally (he captured less than 20% support in his first year on the ballot), until he missed by just five votes in 2010. Had he not been elected this year he would have had just one more chance via the writers.

Blyleven was the only man to strike out 3,000 batters not in the Hall, and he was also the only pitcher to toss at least 50 shutouts and not be in Cooperstown. The bizarre oversight perpetrated by the writers has been cleared away, but it doesn’t erase the silliness of their voting methods, nor the fact that he and his family had to wait more than a decade to see this day.

Blyleven was known for his excellent curveball – one of the best in the history of the game – which may have been one reason he was overlooked by the writers. Pitchers who could throw heat make up most of the Hall of Fame roster, while Blyleven’s efficiency was less sexy. His bender may have buckled the knees of enemy batters, but it must have been hard to see from the press boxes.

Blyleven is the first starting pitcher elected to the Hall since Nolan Ryan in 1999. While the Baseball Writers showered Ryan with more than 90% of the vote in his first year of eligibility, Blyleven has only gained induction due to the efforts of knowledgeable baseball fans and former players and executives from inside the National Pastime.

“I don’t know why he hasn’t gotten in, it’s puzzling,” Hall of Fame starter Jim Palmer said in 2007. Palmer won fewer games than Blyleven, but pitched on many more winning teams than his fellow right-hander. Ryan’s career ERA+ (a stat that measures ERA against his league and adjusts for other variables such as the park he pitched in) was 112. Blyleven’s was 118. When he retired, only two pitchers had struck out more batters than Blyleven. Both of those men – Ryan and Steve Carlton – had top-notch fastballs. Somehow, the amazing fact that Blyleven used off-speed pitching to set down more than 3,700 batters was ignored by the baseball writers.

Now, Blyleven will join the rest of the Class of 2011 and be inducted in Cooperstown on July 24. When he steps to the podium to deliver his speech, we wouldn’t blame him for asking, “What took so long?” 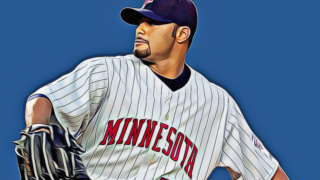