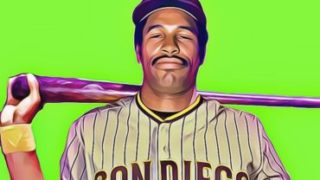 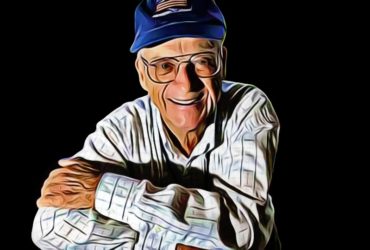 The passing of Ernie Harwell has prompted a heartfelt outpouring of emotion in the sports world. One we may not see again for a long time. Just like the man himself.

I don’t have to tell the people of Michigan how wonderful Ernie Harwell was, or how important he was to this state. It seems there isn’t a man, woman, or child over the age of 10 in Michigan who doesn’t have some memory of the Voice of the Tigers. The Voice of Baseball in Michigan, the Voice of Spring.

I was fortunate to meet Ernie Harwell on more than one occasion, and I will never forget his kindness. He was a man we all strive to be. He was a man without an enemy. A man who loved what he did, loved those around him, and shared his joy for life everywhere he went. It wasn’t just his voice that touched us, he touched everyone he met with his gentle southern charm and warm smile.

When I was working for the Baseball Hall of Fame in 2002, Ernie was finally hanging up his microphone after so many years. I made plans to visit Detroit for Ernie Harwell Appreciation Day, and the Tigers were kind enough to allow me a press pass for the festivities. I planned to write a story for the Hall of Fame website about Ernie. [ Read that story >]

Prior to leaving for Detroit, Jeff Idelson, Vice-President at the Hall, secured a phone interview for me with Ernie. It was a nice coup: Ernie wouldn’t be meeting the press in Detroit for his event, and I’d get to chat with him one-on-one. We talked for about 20 minutes the night before his special day.

He told me many wonderful stories: about how Brooklyn owner Branch Rickey traded a player to the Atlanta Crackers to get his broadcasting contract; about how his friendship with Tiger great George Kell helped secure his way to Detroit; about meeting Ty Cobb in Georgia; about his time in the U.S. Marines; about his songwriting success (which he brushed off); about his special relationship with Tiger managers over the years; about the day when he called the “Shot Heard Round the World”, Bobby Thomson’s famous homer to win the 1951 National League pennant for the Giants, but hardly anyone remembers because his call wasn’t recorded; and about his famous catch phrases (“A man from Hamtramck will take that foul ball home with him…”).

Ernie even took time to help me with a few other stories I was working on, sharing his thoughts on old time players he watched in the 1930s (Doc Cramer was one of his favorites).

At the end of the interview I thanked Ernie for his time, and we said goodbye. The following day Comerica Park was packed for Ernie. He gave a brief speech, very cordial and eloquent, as always. He read a poem. Cliff Dapper was there, the man who had been “traded” for Ernie’s contract by the Dodgers. So was Hall of Famer Al Kaline, who represented the Tigers players. Manager Alan Trammell was there, and so was Lulu, Ernie’s wife. In Cooperstown a year later, my wife and I had the chance to have dinner with Ernie and Lulu, as guests of Hall of Fame President Dale Petroskey. Lulu was asked if she listened to Ernie’s broadcasts, and she replied, “I flip the radio on in the first inning to see if Ernie’s at the ballpark, then I turn it off. I know he’s where he said he was going to be.”

About a week after my story ran, I received a handwritten letter at the Hall of Fame. It was from Ernie. He thanked ME for writing the story and for taking the time to do the interview with him. I was floored. If anything says “gentleman” it’s that gesture.

Ernie Harwell was far more than just a baseball broadcaster. He was a husband, a father, a grandfather, a veteran, a man of letters, a man of faith. (He started the Baseball Chapel which provides a place of worship for players at the ballpark on Sundays).

Ironically, for a man who described the action for us, he was a man of action himself. For almost his entire life, he walked five miles a day. He never just “stood there like the house by the side of the road” watching life go by.

We’ll miss you Ernie, and thanks.