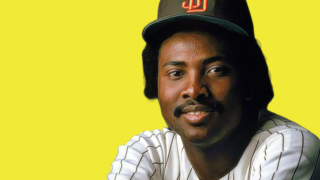 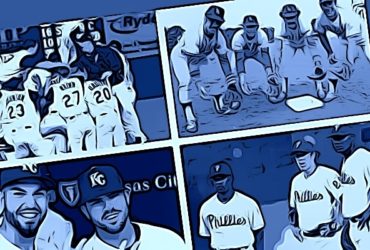 Update: We have an updated version of this list here.

The modern World Series began in 1903 when Boston of the upstart American League defeated the favored Pittsburg (no “h” at that time) Pirates. With Cy Young on their side, the Bostons had a future Hall of Famer on their roster. Since then and through 1989, every World Series winning team except two have had at least one future Hall of Famer. In most of the cases, the winning team has had more than one player who has gone on to be immortalized in Cooperstown. The 1922 Giants, for example, had six Hall of Famers. The Yankees of the 1930s frequently had 5-6 Hall of Famers in uniform. The Last team to have as many as three was the 1976 Cincinnati Reds, with Big Red Machine members Johnny Bench, Joe Morgan, and Tony Perez.

That leaves just a handful of teams in baseball history with zero or marginal at best Hall of Fame candidates. Here’s a look at those five teams, going backward.

It’s dangerous to predict the Hall of Fame chances of teams whose players are still active, but in the case of the Angels, it’s difficult to see who will emerge as their HOF representative, if anyone. Garret Anderson seems to have wrapped up a career that includes more than 2,500 hits, 1,300 RBI, 500 doubles, and a .290+ batting average. But when compared to the sluggers of his era, Anderson doesn’t match up as one of the best. That will hurt him. None of the younger position players on that team – Erstad, Kennedy, Eckstein – have put up great numbers. Troy Glaus has more than 300 career dingers, not a bad total for a third baseman, but he hasn’t separated himself much from all the other slugging corner infielders of his generation.

The best chance for a HOFer for the Halos is probably the kid who pitched just five games in the regular season in 2002. Frankie Rodriguez emerged as a superstar out of the bullpen for Anaheim that post-season. Since, the slim-waisted, bespectacled slinger has racked up more than 260 saves before his 29th birthday. If he can last long enough to accumulate 450+ saves and maybe win another ring or two, he’d sweeten his resume. John Lackey would have to win 140 more games to get himself in position, but he’s on the right team (Boston) to make that sort of run in his 30s.

This team has a quartet of players who are second-tier candidates for Cooperstown: Gary Sheffield, Moises Alou, Bobby Bonilla, and Devon White. Sheffield has the gaudiest numbers, but his reputation as a bat-for-hire who overstayed his welcome nearly everywhere he played will likely hurt him. He also missed the magical numbers of 3,000 hits and 500 homers. But his career closely parallels Andre Dawson, who finally got in via the BBWAA. Sheffield has a chance. Edgar Renteria won’t get much support, and Robb Nen’s injury ended any chance he had at Cooperstown. Team ace Kevin Brown is really comparable to Catfish Hunter and is better than probably 7-8 pitchers in the Hall of Fame, but he won’t get enough votes mostly because he didn’t get too far above 200 victories.

Eric Davis was definitely the best player on this team and he had Hall of Fame caliber talent. But we know what happened to him on his way to Cooperstown (injuries). Ken Griffey Sr. may have the best career line of anyone on this team, with more than 2,100 hits, 150 homers, 200 steals, and a near-.300 career average. But he’s in that group just outside the Hall of Fame. I think Barry Larkin should be elected to the Hall of Fame, and will get in someday, but it will probably take a while. Taking into account his defense, speed, and post-season success (.338 in 17 post-season games), he’s an excellent candidate. (Note: Larkin was elected in 2012)

This team has a ton of guys who had long, long careers and put up some really good numbers: Steve Garvey, Davey Lopes, Bill Russell, Ron Cey, Dusty Baker, Rick Monday, Steve Sax, and Reggie Smith from the offensive side. Six pitchers on this team won at least 150 games in the big leagues, two of them won more than 200 (Jerry Reuss and Bob Welch). Smith, Cey, and Garvey are probably the best candidates, but realistically, only Garvey has a chance. Smith bounced around a few times and had a few down seasons here and there, so to the voters, his career looks less impressive than it really was. He was a very good player – a five-tool guy not too far off from Andre Dawson, but he won’t get in. Garvey was pretty one-dimensional, which helps with BBWAA voters, but he never got more than 41% of the vote, and his fate now rests with the veterans committee. If history tells us anything, the vets committee loves high average first basemen who played on a lot of pennant winners. So, Garvey has a chance, but he’ll probably be an old man if and when he gets his plaque. Gil Hodges never got his, so Garvey may never either. Cey was very, very good, but he didn’t stay healthy enough to get his numbers to the level they need to be for a HOF third baseman.

(Special note: Mike Scioscia was the catcher on this team and also managed the 2002 Angels listed above)

There are two pitchers on this team who deserve attention. Only one of them did his best work as a Dodger – Fernando Valenzuela. Fernando fell off the BBWAA ballot after just two years, so he doesn’t appear to be a viable candidate. Dave Stewart won 20 games four years in a row for the A’s from 1987-1990, helping that team to a title. He also won a ring with the Toronto Blue Jays in 1993, giving him three World Series titles. His 168 wins are too low to get him serious attention by the veterans committee. If I HAD to vote for one guy on this team, I’d choose Stewart. Burt Hooton and Rick Sutcliffe are the two other hurlers on this team who won at least 150 games, but neither did enough to be Hall-worthy.

Most likely, Sheffield, Larkin, and Morris will make it to Cooperstown someday. Trammell also has a chance. That would eliminate three teams from this list of World Series winning teams. But the southern California teams – the 2002 Angels and 1981 Dodgers – are likely destined to be shut out of Cooperstown, earning them a footnote in baseball history.