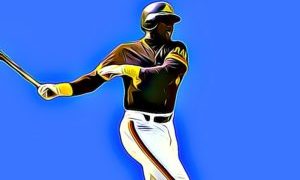 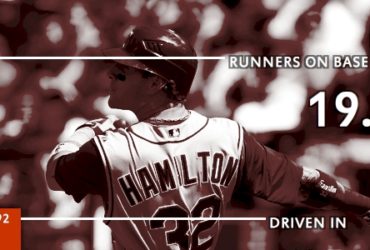 Some stats are complicated and controversial. (We’re looking at you WAR.)

Then some statistics are so simple, so absolutely perfect in their formulation that they are beautiful. But simplicity alone doesn’t equate elegance. The stat has to mean something – it should tell us something that illuminates our understanding of the game.

A stat that accomplishes these things, but rarely – if ever – gets mentioned is RBI Percentage. It’s not an official stat, but it’s an important one in helping us understand a stat that is official and often cited as evidence of a great hitter – runs batted in. RBI Percentage simply takes RBI (minus HR) and divides it by the total number of runners that are on base when the batter comes to the plate.*

Most serious baseball fans have known for years that RBI is a flawed stat. It’s skewed by RBI opportunities, that is, the more runners that are on base for the batter, the more runs he can drive in. Thus, the batter’s position in the lineup is going to radically impact his RBI total. Your cleanup hitter, say Prince Fielder, will get several more chances to drive in runners than will your leadoff hitter, say Austin Jackson. Also, the better the players are that surround you, the more runners will be waiting for you (the more “ducks you’ll have on the pond”). So there can be a significant difference in the number of runners on base for middle-of-the-order hitters from one team to another.

But using RBI Percentage you find out how effective a batter was in driving in runs. Let’s look at an example from this season:

Miguel Cabrera drove in 139 runs and hit 44 home runs. Hitting third in the Tigers’ lineup he came to the plate with 444 runners on base. When we subtract his homers from his RBI (we don’t want to count the times he drive himself in, only others), we are left with 95 runners driven in my Miggy. We divide that by the 444 baserunners and his RBI percentage is just over 21% – 21.4% to be precise. By comparison, the league average is about 15%. Cabby’s RBI Percentage was the 2nd best in all of baseball. Which helps his supporters who argue that the Triple Crown winner is the MVP. Of course, the 444 runners who were on base for Cabrera was third in the AL, so, Cabrera had as many RBI opportunities as almost anyone in the game, but he also succeeded in driving in the runners as well as anyone, except one player.

Who had the best RBI Percentage in baseball in 2012? The answer is Josh Hamilton, the man who fought Cabrera for the HR and RBI lead most of the season. His RBI Pct was 22.1% this past season.

Thanks to a website called Baseball Musings, I was able to query the data for every season back to 1974. I filtered out any players with fewer than 1,200 runners on base in their careers (that’s about 4-5 seasons for a middle of the order batter and 6-7 seasons for leadoff men and lower order guys). Some players who had long careers had as many as 7,000 runners on base for them, like Barry Bonds, George Brett, Eddie Murray, Cal Ripken Jr., and a few others. Guess who the #1 player was in RBI Percentage?

So far in his six-year career, Hamilton has driven in 19.8% of the runners on base in front of him. Admittedly, that figure should fall since Hamilton has yet to experience the decline phase of his career, but it’s still impressive. Cabrera, by the way, ranks 4th since 1974 in RBI Percentage at 18.4% – that’s over a 10-year career with more than 4,000 runners on base in front of the big fella.

Since we know the league average for the last 38 years or so is about 15%, the numbers can reveal some things. Do certain batters excel at driving in runs while others don’t? It seems that’s the case to an extent. Most players fall below the 15% average, and those who are near the top are mostly (and not surprisingly) home run hitters. That makes sense – batters who hit for power are more likely to drive a runner in from first base, which is by far the base most runners occupy. Putting your power hitters in the spots where they come up with the most runners on base is smart. We knew that.

But there are some batters who were not HR hitters who have impressive RBI Percentages. Hal McRae, the DH for the Kansas City Royals in the 1970s and 1980s, comes in at 18.0% even though he hit just 160 taters. That’s a better rate than more heraled RBI men like Frank Thomas, Dave Parker and McRae’s Hall of Fame teammate George Brett. Thurman Munson is another batter who has the RBI% of a slugger but wasn’t a slugger. Munson hit only 69 homers and he also had fewer RBI opps than most players, but his RBI% was 17%.

Probably the singles hitter who ranks the highest in RBI% since 1974 is Johnny Ray, a second baseman for the Pittsburgh Pirates in the 1980s. Ray had more than 3,200 runners on base for him in his 10-year career, and he drove in 16.5% of them while only hitting 53 homers. Maybe there’s some underlying reason why his RBI% is higher than we’d expect from a batter who hit mostly singles and mostly doubles? Maybe he was “clutch” or he bore down and really concentrated when runners were on base? Perhaps there were excellent hitters behind him which forced pitchers to throw good pitches to Johnny when there were runners on? Interestingly, Ray hit in the #2 spot (for a NL team) for more than half his career, so he had fewer RBI opps than a #3 or #4 hitter in his league or the AL. But he was excellent at driving in runs, and he did it while nearly 75% of his hits were singles.

Players like Mcrae, Munson, and Ray point to the possibility that there are some players who year-in and year-out perform well at driving in a high percentage of runners.

One of the other things that jumps out when looking at the best batters in RBI% is that platoon players can perform well, for obvious reasons. A player like Pat Tabler, for example, or Lamar Johnson, who usually held the platoon advantage when they were in the lineup, can post an excellent RBI% – another reason to seek the platoon advantage as much as possible.

We know that MVP voters have historically loved the RBI stat. And casual fans drool over it too. But a closer examination using RBI% helps us see not only how many more opportunities some batters have to drive in runs, but also who excels at driving the highest percentage in, regardless of how many total RBI they accumulate.

*The official formula for RBI Percentage:

Where Runners on Base are all runners on base when a batter comes to the plate and either puts the ball in play or makes an out. To be fair to the batter, we shouldn’t count intentional walks, but Baseball Musings doesn’t let me exclude those plate appearances. 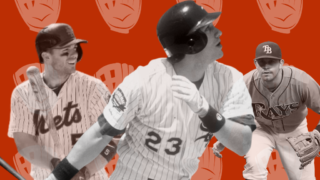 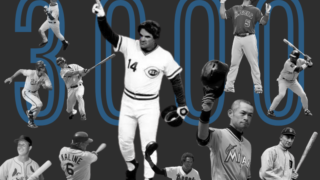