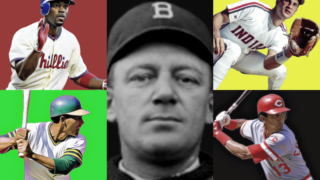 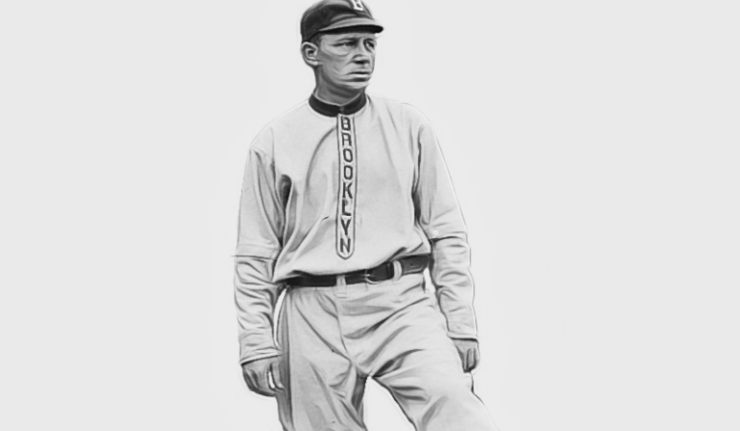 This is the third in a ten-part series looking at the Baseball Hall of Fame’s Pre-Integration Era Ballot.

Baseball was a much different game 100 years ago, but the stars of that era and the 19th century are no less deserving of honor and recognition. That’s why Bill Dahlen‘s inclusion on the Hall of Fame’s Pre-Integration Era ballot is a positive sign. Dahlen is one of the most – if not the most – deserving candidate who played his prime prior to 1910. He was truly one of the best shortstops of his time and in my opinion, is very deserving of Hall of Fame induction.

Dahlen debuted in 1891 for the Chicago Colts as a third baseman, but quickly moved left to the shortstop position, where he distinguished himself as one of the finest defensive players in the middle of the diamond during his era. A glance at the stats from his time show that Dahlen made a pile of errors  – 86 in one season – but back then in an age of crappy infields and small gloves, errors figures were shockingly high. Dahlen’s range factor (the number of balls he got to per game) was consistently much higher than league average. There are many stories of Dahlen’s defensive brilliance that survived decades after his final game in 1911. He retired holding nearly every record for defensive play by a shortstop, including assists, chances, putouts, and double plays.

As good as Dahlen was with the glove, he was even better with the bat. In 1894 he hit .359 for the Colts, setting a record for shortstops, and two years later he hit .352. Overall, in an era when batting numbers were depressed, Dahlen showed pop with the lumber. In each of his first six seasons, all with Chicago, Dahlen had at least 10 triples and and scored more than 100 runs. In ’94, he set a record when he hit in 42 consecutive games, a mark that still ranks 4th all-time. During his eight years in a Chicago uniform, Dahlen finished among the NL’s top ten players in home runs four times and in slugging average three times.

Dahlen’s spent much of his career with three teams: Chicago, Brooklyn, and New York. A New York native, Dahlen enjoyed his time in the city, and after he retired as a player he accepted the managerial job with Brooklyn. In four seasons at the helm, Dahlen didn’t win many games, but he did flash his famous temper a lot – he was ejected from a game more than 60 times, an astonishing 11% of the time. It’s no wonder that Dahlen’s nickname was “Bad Bill” because of his poor temperament.

When Dahlen retired he held the all-time record for games played and ranked among the top ten in nearly every offensive category in major league history. In fact, his 84 homers were the major league mark. Dahlen’s 21-year career placed him among the elite shortstops of the 19th century and early 20th century.

Only five shortstops who played the bulk of their careers before World War I have been inducted into the Hall of Fame: George Davis, Hughey Jennings, Joe Tinker, Honus Wagner, and John Ward. Dahlen’s talent with the glove and the bat earn him the right to be the sixth. He was clearly better than Ward, who had an OPS almost 100 points lower than Dahlen’s, and he was obviously a better player than Tinker. Jennings was a superb player but he had a fairly brief career. Davis and Wagner were clearly the greatest shortstops of their eras, but the fact that Dahlen wasn’t as good as them is not a reason to keep him out of Cooperstown, no more than it would be to keep Gary Carter out because he wasn’t Johnny Bench.

Of all the players on the Pre-Integration Era ballot, Dahlen deserves election the most. If they do not choose him, the voting body will have some explaining to do.

Dahlen should’ve been elected years ago. Hopefully they get it right this year.

The committee didn’t think Dahlen was deserving, for whatever reason.

Dahlen was unfortunate enough to begin his career with the declining Chicago club since past their glory days as the 1880s powerhouse. When he did reach pennant winning teams, he performed averagely (at best) at the plate. Additionally, his best years with the bat occurred during an offensive period due to the increased mound distance instituted in 1893. More and more are jumping aboard his campaign, and with Deacon White’s election this year, I expect Dahlen’s induction within the next five years.