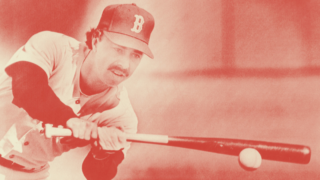 This is the fifth in a ten-part series looking at the Baseball Hall of Fame’s Pre-Integration Era Ballot.

Some people see trends long before others even know what’s going on. That was the genius of Sam Breadon, who made millions when he recognized early in the 20th century that the automobile industry would change America, and took that fortune and forged an amazing career in baseball.

In true American rags-to-riches fashion, Breadon moved from his native New York in 1902 at the age of 25 to assist a friend in a garage business. He had very little money in his pocket, but Breadon worked hard and within two years he had his own successful automobile business. He was quick to recognize that the “horseless carriage” was going to transform the way people transported themselves and goods. He built a fortune as an auto dealer in St. Louis, and in 1917 he tossed in $2,000 as a minority member of the group that bought controlling interest of the St. Louis Cardinals.

Prior to the 1920s, the St. Louis Cardinals were one of the worst teams in the National League, but Breadon was a fan and gradually increased his stake in the club until he found himself as majority owner in 1922. By that time, the Cardinals were the only franchise in the NL that had never won a pennant. That would change rapidly, and the Cardinals became the standard bearer in the circuit for two decades.

Breadon inherited two valuable assets when he took control of the team: slugging second baseman Rogers Hornsby and vice-president of baseball operations Branch Rickey. As he had in his other business ventures, Breadon soon realized that his shortest path to success was to leverage those assets as well as he could. He promoted Hornsby to the role of player/manager in 1925, recognizing that utilizing his best talent in two roles not only saved him money, but it excited his fans. Hornsby led an improved team to the team’s first pennant in 1926 and St. Louis then defeated the New York Yankees in the World Series. That club featured a slew of players who had been signed and developed by the Cardinals, including pitchers Flint Rhem, Bill Sherdel, and Bill Hallahan, and position players Jim Bottomley, Tommy Thevenow, Les Bell, Taylor Douthit, Ray Blades, and Chick Hafey. Most of those players were young and had been inked to contracts just a few years earlier.

Rickey championed the strategy of building a competitive team through scouting and drafting young players and then developing them in a strong minor league system. Realizing that it would be cheaper to own minor league teams and draft young players for cheap signing bonuses rather than to purchase established stars who cost much more, Breadon built a network of scouts and minor league affiliates. This was the first farm system in major league history. By 1939 the Cardinals owned 19 minor league teams outright and had interests in several others. At one point, their farm system had more players under contract than the rest of major league baseball combined.

Breadon and the Cardinals used their farm system to feed talent to their big league roster, resulting in a St. Louis club that was in the thick of the pennant race nearly every season. The Cards won the pennant again in 1928, 1930, and 1931. They won a World Series title in 1930, and won another pennant in 1934 with a team known as “The Gashouse Gang” under the guidance of manager Frankie Frisch, who was acquired when Breadon traded Hornsby to the New York Giants. The Cardinals of this era won consistently with a series of moving parts, shuffling young players in and out of their system. Among the great players they produced in the late 1920s and 1930s were Joe Medwick, Dizzy Dean, Johnny Mize, Mort Cooper, and Pepper Martin.

As owner, Breadon never got too attached to any player or manager. He pioneered the philosophy that it was better to trade a player at his peak than to wait for his inevitable decline. His teams shipped out such stars as Hornsby, Medwick, Mize, and Walker Cooper when they were able to fetch a great return. St. Louis fans often howled over the deals, but quickly learned to appreciate the vision that came from the Cardinal front office.

In the early 1940s the Cardinals fielded one of the best teams of all-time as they won four pennants in five seasons from 1942-1946. That team was built around Stan Musial and won three World Series titles, giving Breadon six as owner of the club. Using the same philosophy that he applied to players, Breadon sold his team when their value was high – in 1947 for a record $3 million.

In addition to his innovation of the modern farm system, Breadon was one of the first owners to broadcast his team’s games on radio. But in typical fashion, Breadon recognized long before other owners that radio was not a threat to attendance, but rather a method for growing a large fan base. He signed deals with radio stations all over the midwest – as far away as Oklahoma, Texas, Iowa, and Minnesota – to broadcast Cardinal games. As a result many baseball fans in the west and midwest who did not have a home team became Redbird fans. That broad appeal still exists today.

The Baseball Hall of Fame has five members who were inducted primarily for their role as team owners in the major leagues: Charles Comiskey, Barney Dreyfuss, Clark Griffith, Walter O’Malley, and Tom Yawkey. Connie Mack was also an owner, but he was inducted as a manager. When measured by team success, Breadon’s six World Series titles ranks ahead of them all (O’Malley had three, Dreyfuss two, Comiskey and Griffith one, and Yawkey none). In fact, only Jacob Ruppert (8) and George Steinbrenner (7) won more World Championships as a majority owner, both with the Yankees in the AL.

Given the championships, nine pennants in 26 seasons as majority owner, in addition to his innovations of the farm system and marketing the game via radio, Breadon is a very deserving candidate for the Hall of Fame. The voting committee should elect him in December and place him among the great owners and executives in baseball history, where he already belongs.

Well-reasoned, very convincing analysis of a HOF-worthy career that many of us were under-informed about. Thanks for bringing his case to our attention.
Solid post,
Bill Miller

Thanks, Bill. I will be surprised if Breadon does not earn election.