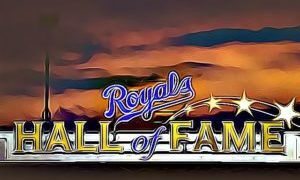 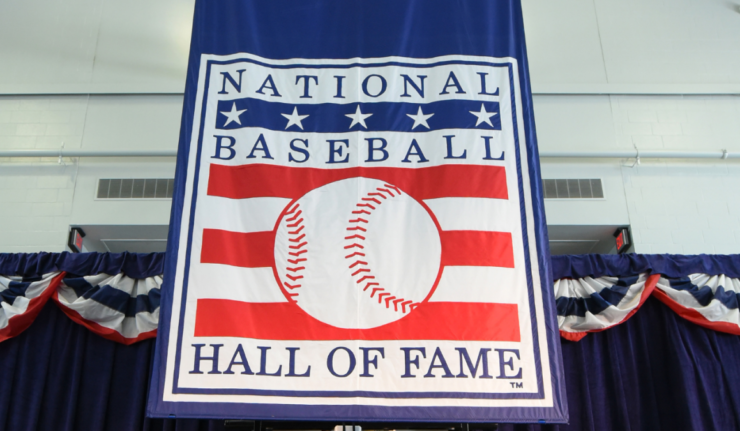 There’s no shortage of outrage over the recent Baseball Hall of Fame election. Some are upset that their favorite candidate didn’t get in, some are outraged that the “steroid guys” got too many votes, some that they got too few. There are even those who are mad at baseball writers who submitted blank ballots.

Fans are exasperated by MLB’s failure to provide leadership on the drug issue, and at the Hall of Fame electoral process that seems ill-equipped to deal with performance enhancing drugs and the complications of their use in this era.

What follows are my suggestions for an updated election system that would help the Baseball Hall of Fame deal with the PED issue. It includes three initiatives, each very important.

Many people turned a blind eye to the PED problem in baseball, and some were just plain bamboozled. It’s obvious, based on all of the evidence we have, that many, many players used PEDs during the 1990s and early 2000s. Players continue to use them, thinking they can beat the system. There were likely a handful of players using them in the 1980s. We don’t know all of the details, but we know enough from test results, testimony, and admissions from players that baseball has long had a PED problem.

Steroids and other PEDs were a part of baseball over the last two decades at least. The first step in an upgraded Hall of Fame election process is a comprehensive anti-drug policy from Major League Baseball.

Currently, a player is suspended for 50 games on a first offense, 100 games on a second offense (without pay), and the third time the player violates the drug policy he is banned for life.

These punishments seem fine, but a ban from consideration for the Hall of Fame should be added to the second offense. A three-time offender is already ineligible because the HOF rules state that any person on the permanently banned list cannot be on the ballot. More on that later.

Thankfully, it seems MLB is taking steps to clean up their act. One day after the Hall of Fame vote (not a coincidence) commissioner Bud Selig announced major changes to the league’s drug policy.

If MLB gets serious about their drug policy, they could put a stopper on the “steroid era”, relegating it as a thing of the past. Sure, there will always be players who will try to scam the system, but they would be kicked out, and the severe punishments would deter the majority. As ballplayers started to see that the game was relatively clean of illegal and banned substances, they would feel comfortable that there was a level playing field, and play the game straight.

2. Address the Eligibility of PED Abusers

One of the most common gripes from Hall of Fame voters is that the guidelines set up by the Hall of Fame are not comprehensive enough to help them deal with a complex issue like PEDs.

How does a voter differentiate between a player like Andy Pettitte, who never failed a test, but admitted to using steroids for a brief time during his career, and a player like Manny Ramirez, who twice was suspended for violation of the policies?

What to make of players whose names were leaked from reports (David Ortiz, for example), indicating that they failed tests before the results were made public and suspensions were issued by the league office?

How do voters determine the extent to which PEDs help a player’s performance? How much do PED’s actually help, and do they help pitchers more than hitters, or vice versa? Does it matter?

What if a player was already of Hall of Fame caliber and used PEDs in the latter stages of his career?

To assist voters, MLB and the Hall of Fame should create a commission that examines these issues. Call it the Major League Baseball & Hall of Fame Commission on Banned Substances.

Officials from the league, the player’s union, the Hall of Fame, as well as leading experts in testing and PEDs should be included on that commission. At consistent intervals, this panel would issue a report that shares the latest research on the effects of PEDs on the human body, performance, etc.

Also, the panel would examine each player who has been in violation of the drug policy and issue a report on all that is known about their drug activity. That report would be prepared and made available to the public and the voting body no later than 12 months prior to their eligibility for the Hall of Fame ballot. That’s four years after they last played a game, and actually there wouldn’t be that many players who would need to be examined, just those who met a threshold for consideration on the HOF ballot.

The panel would be empowered to summon witnesses and experts if needed to make their recommendation, and they could potentially rule that a player was ineligible to appear on the ballot due to the use of PEDs during their playing career.

A natural result of the work of this panel would be that every player who was added to the ballot would have some sort of standing in regards to their PED use or suspected use during the “steroid era.” Call it their “Clean Score”.

As long as MLB does a good job in step #1 – enforcement – they will have fewer players being scrutinized as the years pass. For those steroid guys on the ballot, voters will have a wealth of research and documentation to help them make a more informed opinion, or if the player’s transgressions were egregious enough, they wouldn’t be on the ballot at all.

Since the first Hall of Fame vote in 1936, the rules of election have been the same: candidates must have played 10 years, and they must receive at least 75 percent of the vote to be elected.

Under section five of the Baseball Hall of Fame rules, the writers are instructed to consider six factors:

Those all seem wonderful, right? Except that’s ALL that the rules say. There’s no elaboration. Like the U.S. Constitution, brevity leaves a lot of room for speculation.

What’s the difference between the character and integrity of a player? Are voters to assume that all six factors carry equal weight? Is it up to the voter to decide? Even if that’s the case, how does one establish the sportsmanship of a player, and how is that distinguishable from integrity or character?

I don’t think the Hall of Fame needs to rewrite this section, but they could provide a clear explanation or recommendation of the six factors.

The eligibility reports which would be issued by the commission described in point #2 of this article could tailor their findings to address the six factors.

Ultimately, Hall of Fame voters should have the liberty to weigh the six factors as they wish, but for those writers looking for more help, for those writers pointing their fingers at MLB for placing them in a position to be judge and jury, it seems an elaboration of the rules would help them make up their minds.

Election Threshold Should Remain the Same

I am not in favor of reducing the 75 percent rule. That standard ensures that election to the Hall of Fame is not easy. Players have to get three out of every four voters to earn a plaque.

Some argue that the Hall should implement a rule that if no one is elected by the writers, a run-off election is held. There is some precedent for this: the Hall of Fame did this in the 1940s. However, if steps #1 and #2 of this plan are executed, the matter will resolve itself. The ballot will be cleared of obvious PED guys (and the evidence for their exclusion will be published), and controversial cases who takes years to gain momentum (Jack Morris, Bert Blyleven) will get in quicker because they will not be blocked by PED players.

The Hall of Fame is fond of saying that they think the election process works well. Hall of Fame President Jeff Idelson, a good man but one who has to tow a company line, recently said as much. “We think the voting process is good,” he told ESPN the day the 2013 election results were announced.

But what makes the process so sacred? Will tinkering with it diminish the grandeur of the Hall of Fame? Of course not. Even the U.S. Constitution has been amended, so can’t the Hall of Fame evolve?

The Hall has never shown a reluctance to alter the voting process for the veterans committee, so why is the BBWAA process so special? A resistance to changing the BBWAA voting process is increasingly looking less like preserving tradition and more like being stubborn.

The time is ripe to expand the voting body for the Baseball Hall of Fame. In 1936 when the Hall held their first election, it may have made sense to have the electorate comprised of baseball writers, but the game has changed dramatically. In 1936, games had been broadcast on radio for a few short years, the age of television was still way off, and there were only 10 baseball markets with 16 teams. Today, with cable TV showing every game, the Internet and blogs, there are many deserving people who should vote for the Hall of Fame who are not allowed to.

There’s probably no other person alive more qualified to decide who is and who isn’t a Hall of Famer than Vin Scully. But the Dodger broadcaster, witness to more than 10,000 baseball games during six decades behind the microphone, doesn’t have a vote. Nor does any other MLB broadcaster.

The Hall of Fame should open the voting to team broadcasters with a minimum of 10 years on the job, or at least give the Ford C. Frick Award winners a vote.

Why shouldn’t the Hall of Famers themselves vote, and what about qualified historians, authors, and fans? There’s a way to expand the voting body in a common sense way. A more inclusive, democratic system would quell the backlash against the BBWAA.

The time to take a look at the voting process is now, and whether some of my suggestions are taken or some other system is devised, changes need to be made. Otherwise, the Baseball Hall of Fame (the Hall of Fame part of it, not the National Baseball Museum) risks becoming irrelevant.

What sense does a Hall of Fame make where the all-time home run leader and others who own records of great significance are kept out without a systematic explanation amid great controversy? Major League Baseball and the Baseball Hall of Fame should take steps, take charge, and take control of the situation before it gets worse. 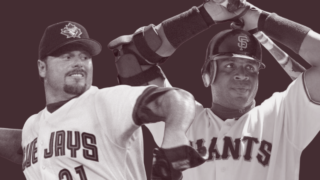