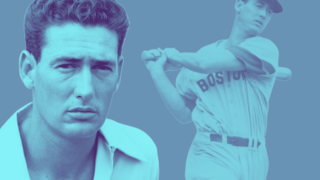 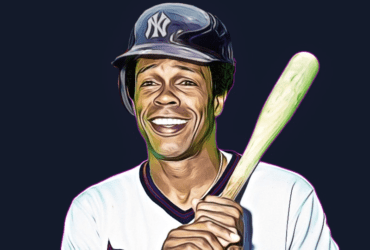 Anyone who saw Rod Carew swing the bat will never forget it. He was a magician with a Louisville Slugger in his hands. The multiple batting titles he won were earned largely off his knack for slicing line drives all across the field.

Carew split his Hall of Fame career between the Twins and Angels and though he racked up nearly every individual honor you can get in the big leagues, he never played in a World Series.

Would that have changed had a trade that was nearly finalized have gone through in the winter of 1979?

When the economics of baseball changed dramatically in the mid-1970s no owner was more disgusted than Calvin Griffith, the miserly owner of the Minnesota Twins. Griffith was part of a baseball dynasty, the heir to Clark Griffith (the uncle who raised Calvin as his own son), the devilishly clever and pennywise owner of the Washington Senators for more than three decades. But when free agency arrived, Calvin wanted no part of it. He thought ballplayers should be happy to make whatever the owner deemed fit. Not only was Calvin a cheap owner, he was also a bigot. He moved Uncle Clark’s team to Minneapolis in 1961 and years later he told a gathering there:

“I’ll tell you why we came to Minnesota. It was when we found out you only had 15,000 blacks here. Black people don’t go to ballgames, but they’ll fill up a rassling ring and put up such a chant it’ll scare you to death. We came here because you’ve got good, hardworking white people here.”

In the 1978-79 offseason Griffith knew he would have to trade Carew, his best player on a very mediocre Twins team. He didn’t care what the fans thought or what his manager thought, he just knew he had to get something in return for Carew before he lost him to free agency for essentially nothing more than an amateur draft pick. Griffith worked the phones feverishly after the 1978 season to make a deal that would send Carew somewhere else.

That’s when Griffith started to have regular phone conversations with a man who was almost his exact opposite: George M. Steinbrenner III. Before long the framework of a deal was in place: the Twins would send seven-time batting champion Carew to The Bronx in exchange for a slew of players to stock the Twins slim cupboard. It would be a bonanza for Carew too, who had moved to the Washington Heights area of New York when he was a teenager and grew up in Manhattan. Carew would join the two-time defending World Series champions and finally get a chance to make a run at the World Series. Steinbrenner was drooling at the thought of having the two-time defending batting champ near the top of his lineup.

The Yankees planned to trade the Twins first baseman Chris Chambliss (he of pennant-winning homer fame), journeyman outfielder Juan Beniquez, and two youngsters: second baseman Damaso Garcia and lefthanded pitcher Dave Righetti. It was a four-for-one deal, and the Twins would be getting a big bat to put in the middle of their lineup in Chambliss, along with a serviceable outfielder in the 28-year old Beniquez.

The key to the deal though, in the eyes of Griffith, were prospects Garcia and Righetti. Many scouts were comparing Righetti’s fastball to that of Yankee lefty Ron Guidry, and Garcia was a middle infield prospect with a great glove and excellent speed. With those four players in tow, Griffith thought he’d improve his team’s depth on the cheap.

Steinbrenner’s general manager was Cedric Tallis, a baseball lifer who worked his way diligently through the minor leagues before finding himself sitting a few offices away from The Boss at Yankee Stadium. But being Yankee GM under George was a very unsafe position in those days. Just a few months earlier, Steinbrenner had shocked Yankee fans when he announced Billy Martin (whom he’d fired) would be back as manager the following season. George planned to shuttle his current skipper (Bob Lemon) into the GM role. Tallis stepped in when those plans (predictably) didn’t go as planned. But as skilled as he was, Tallis was general manager in name only. It was Big George who wanted Carew in pinstripes.

Early in January it looked like the trade was going to be finalized. But then Steinbrenner started to solicit opinions from some of his lieutenants. His scouts LOVED Dave Righetti and his front office thought Chambliss was too important to lose. And even though they had Willie Randolph at second and didn’t need Garcia, they really thought Damaso could be a Gold Glove infielder. The Yanks tried to restructure the deal, but the Twins balked. Griffith wanted the prospects. The trade was killed.

A month later, the Twins sent Carew to the California Angels instead, in return for Ken Landreaux, Dave Engle, Paul Hartzell, and Brad Havens. Griffith was far less excited about this mix of players, but he had to get something for Carew, before losing him as a free agent after the 1979 season.

Carew ended up signing an extension to play for Gene Autry in California, and the team advanced to the postseason twice but never played in a World Series. The Twins got a few good seasons out of Landreaux, but by 1982 they were 102-game losers and Griffith sold the team a few years later.

What might have happened had the Twins and Yankees pulled the trigger on the other deal?

Carew in The Bronx

It was often said that Carew was the kind of guy who could roll out of bed and hit .300 anywhere. Well, that was true for every park except Yankee Stadium. Carew hit .264 in Yankee Stadium, by far the lowest mark in any ballpark where he played as many as 25 games. He was never a power hitter of course, so it’s questionable whether the lefthanded swinger would have been able to take advantage of the short right field dimensions in The House That Ruth Built. Even as he got older, Carew never showed a desire to hit the ball a little deeper to get more homers and extra-base hits. He was a singles hitter.

In 1979, Carew was still a great hitter, and he hit .324 with a .400 on base percentage in his first five seasons with the Angels. In Yankee Stadium there’s little reason to believe he couldn’t have kept his average up to his lofty standards. But as great as Carew was at getting his hits, he was past his prime by 1980. He was basically done stealing bases, and he was a first baseman who hit less than five homers per year. Most teams wanted power from that position. Steinbrenner may have loved watching Rod hit like the rest of us did, but Griffith probably realized what others didn’t: Carew was an overpriced singles hitter.

As a Yankee, Carew probably would have been slotted in the #2 or #3 spot in the lineup, right in front of Reggie Jackson and later Dave Winfield. He would have had lots of chances to score runs and he would have solidified first base for the Yankees. Later, in the 1980s when the Yankees acquired Rickey Henderson, Carew could have hit behind the great leadoff man, at least for a few years.

And what about Don Mattingly? Had Carew been in pinstripes, what would the Yankees have done with Mattingly, who won the batting title in 1984? Maybe they would have kept Donnie Baseball in the outfield. With Carew in pinstripes, maybe impatient George would have traded Mattingly before he matured into a superstar. Who knows.

After the 1979 season the Yankees traded Chambliss anyway and then they shuttled in a series of veterans like Bob Watson, John Mayberry, and even Ken Griffey to play first. But while Carew would have been an All-Star in their place, he wasn’t so much of an upgrade at that point in his career that he would have pushed the Yankees to a higher level.

Had he been traded to the Yanks, Carew would have had a chance to play in the Fall Classic in 1981 against the Dodgers. He also could have become the first batter to collect his 3,000th hit as a Yankee.

Chambliss, Righetti, Beniquez, and Garcia in the Twin Cities

Had Steinbrenner not listened to the people around him and made the deal to get Carew, he would have regretted it. First there were the guys he lost anyway in later deals: Chambliss seemed to be on the bad side of 30 but he still had a lot of oomph in his bat (he went to the Braves and hit 80 homers for them, more than he’d hit in New York). Garcia was fourth in Rookie of the Year voting in Rookie of the Year voting in 1980 with the Blue Jays and was a two-time All-Star who hit .300 a few times and showed his great glove while stealing more than 200 bases in his career. Then there was Beniquez, who the Yanks kept in 1979 but then traded away for almost nothing. Beniquez played nine more years after ’79 and was a quality #4 outfielder.

But the big regret would have been Righetti, the stud lefty. Righetti was a big reason the 1981 Yanks won the pennant, earning Rookie of the Year honors. He went on to transition to the closer role and saved more than 200 games for George’s team. had he been in Minnesota, he could have been a part of the Twins revival in the 1980s when Kirby and Herbie and the Gang won pennants in 1987 and 1991.

How do you think Rod Carew would have fared as a Yankee? Tell us in comments below.