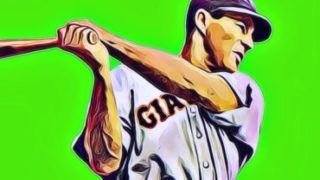 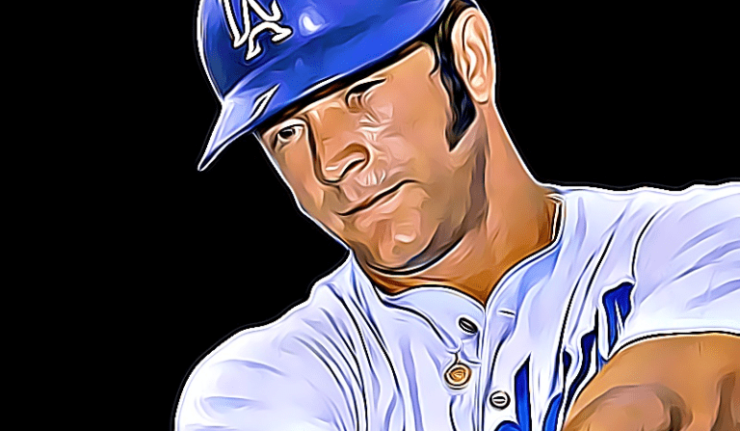 According to his manager, Steve Yeager went down “like he’d been felled by a bullet.”

Fans near the on-deck circle were stunned and silent. Some turned away and a few were brought to tears.

Randy Jones, who was on the mound when the play occurred, also thought Yeager had been shot. He was so shocked he couldn’t move.

The game played at San Diego Stadium on September 6, 1976, was pretty ordinary, the Dodgers defeating the San Diego Padres 4-1 behind the pitching of Don Sutton. The two teams were playing out the string, the Dodgers hopelessly stuck way back in second place behind Cincinnati’s Big Red Machine, and the Padres playing like, well…the Padres.

But none of that really mattered when Yeager was nearly killed while he waited to take his turn at bat. He was kneeling in the on-deck circle in the seventh inning near the visiting dugout on the third base side of the field. Teammate Bill Russell, the #7 batter in Walter Alston’s lineup, was at the plate facing Jones, a curly-haired left-hander having his best season. Jones flipped a fastball to the plate and Russell swept his bat through the zone, making contact and sending the baseball bounding across the infield where Padre third baseman Doug Rader reflexively made the play to record the out. But nearly everyone else in the ballpark was watching Yeager struggle to survive.

Yeager was only 50 feet from home plate when Russell made contact with the pitch, his Louisville Slugger shattering, splintering into several pieces. One of those pieces of white ash, a large, jagged spear, struck Yeager in his neck, puncturing his throat. Within seconds the front of his uniform was bloodied as Yeager fell to the grass. Fortunately, something he didn’t do probably saved his life.

Yeager didn’t try to pull the largest piece of wood from his neck. As a result, the jagged piece of lumber stayed secure in the wound, lessening the flow of blood from his neck. Fortunately, the bat had missed his jugular, otherwise tragedy could have come quickly and in a grisly fashion right there on the field.

Dusty Baker was one of the first to get to Yeager’s side and he has never forgotten the image of his teammate lying on the field with a large piece of wood sticking out of his neck.

“It was a shock,” Baker said, “I didn’t know what to do, I tried to help him and then the trainer had a towel around his neck.”

Treatment was administered by Dodger trainers and a doctor who came out of the stands. For what seemed like a long time, Yeager sat on the ground, a scary sight with a splinter of a bat sticking from his throat. Some squeamish fans retreated to the concourse so they wouldn’t have to see what was unfolding.

Later, Yeager underwent an hour-and-a-half surgery to remove the piece of wood from his neck. The most serious wound was less than an inch from his jugular. His esophagus had been pierced. All of that sounds terrible, and it is. But how tough was Yeager? He was back on the field 19 days later and played seven games for the Dodgers as the season wound down.

The man his teammates called “Boomer” didn’t let the injury keep him on the sidelines for long. Throughout his 15-year career, Yeager was known for being tough. He played 14 years for the Dodgers and the highlight came in the 1981 World Series when he hit two home runs off Yankee ace Ron Guidry. Yeager was known more for his defense, grit, and sense of humor than he was for his hitting, but that unlikely show of power on a big stage earned him MVP honors in the Fall Classic, and helped LA win their first championship in 16 years.

After the injury, Yeager was told by doctors that he could never suffer another blow to his neck. As a result, he and Dodger trainer Bill Buhler invented a piece of equipment that protected him. The “neck flap” was a piece of reinforced plastic that hung from the catchers’ mask. Soon, most big league catchers were using the device.

The only time a player died on the field during a major league game came in 1920 when Cleveland’s Ray Chapman was struck in the head by a pitch. Chapman suffered a fractured skull and died the next day. Amazingly, despite the inherent dangers that a flying baseball (or bat) can pose to players, no other fatality has occurred since, though there have been close calls. Yeager’s brush with danger in San Diego in 1976 was one of the scariest moments in baseball history. 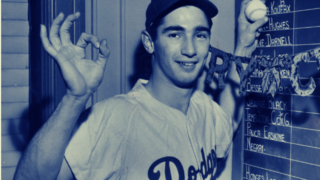 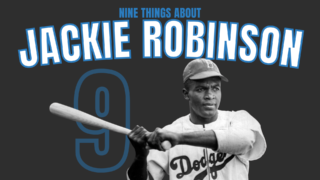 Just watched Astros win over Yankees in Game 3 of the ALCS. 10/15/2019.
We were talking baseball and this story came up. Surprised to say this was the First I heard of it. Baseball trivia isn’t always pretty but wow what a memory for those who saw it. Every picture tells a story.

Great article about a scary incident…. sorry to point out something that needs editing though… you had written that it was a grizzly injury, but rather it is spelled grisly, as the other spelling implies he was attacked by a bear Enfield… now that would have been an even worse day!

I was at that game. Down the 3rd baseline in left.