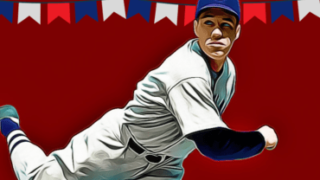 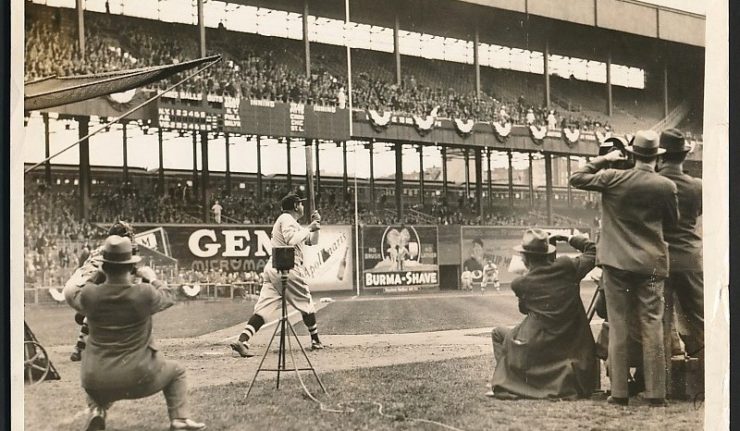 This remarkable photo shows Babe Ruth taking batting practice at the Polo Grounds in New York on April 23, 1935. The occasion was opening day against the New York Giants. Ruth was 40 years old and making his first trip around the National League with the Boston Braves after 21 years in the American League. The Bambino was returning to Boston, where he began his career with the Red Sox in 1914.

Ruth’s time with the Braves was not pleasant. He quarreled with manager Bill McKechnie, he tired of playing the outfield, and he bristled at being a “sideshow” expected to take one mighty swing, doff his cap, and return to the dugout. Ruth desperately wanted to be a manager, and Braves’ owner Emil Fuchs told Ruth he could be “co-manager” of the Braves and hinted that Babe would be installed as the sole manager in 1936. But Ruth quickly figured out that Fuchs was using him to try to prop up his poor attendance. Ruth hit six home runs, including three on May 25th, and retired five days later.