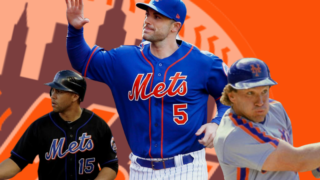 Did Lou Boudreau have the greatest season ever? 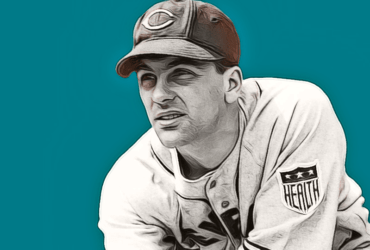 In addition to his many accomplishments, Hall of Fame status, and ranking among the 100 Greatest Shortstops ever, Lou Boudreau may have had the most valuable season in baseball history. Would you be surprised if this were true?

In 1948 he was the best player in the American League: he posted a 10.4 WAR for Cleveland, he hit .355 and got on base more than 45 percent of the time. He batted in the middle of the order and he swung for more power than ever, hitting a career-high 18 home runs. He walked 98 times and he struck out only nine times all season. Nine times? Nine times. He was the best defensive shortstop in the league.

That’s a tremendous season for a player, but it doesn’t tell the whole story. The 30-year old Boudreau was also the Cleveland manager and his team fought for the pennant all season. 1948 was one of those seasons when no one could really get out in front of the field too far: the Indians, Red Sox, and Yankees stayed bunch together that summer. Boudreau juggled his pitching staff, squeezing every win he could out of them. He hit .449 in August, and he played almost every inning of every game. Down the stretch, Boudreau relied on pitchers Bob Feller and Gene Bearden, desperately trying to grab the pennant. The Indians ended the season in a tie with Boston. For the first time in American League history, a one-game playoff would determine the flag.

The playoff was held at Fenway Park on the Monday after the close of the regular season. Boudreau gave the ball to Bearden, who had tossed a shutout only two days earlier. Boudreau hit a home run over the Green Monster in the first inning. Bearden allowed the tying run in the bottom of the first. Boudreau started a four-run rally with a single in the fourth inning. In the next frame he hit another homer to stretch the Cleveland lead. In the seventh the Red Sox intentionally walked him, and in the ninth Boudreau singled again for his fourth hit of the game. The Tribe won 8-3, Bearden pitching a complete game. It was Cleveland’s first pennant in 28 years. In the World Series victory over the Braves, Lou had four doubles. He remains the last player/manager to win a pennant or a World Series.

If you can find a player who was as important to his team in as many ways as Boudreau was for the Indians in 1948, I’d like to know about it.