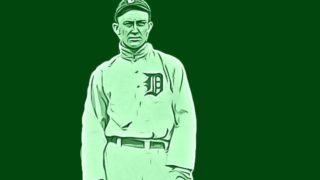 Morganna Roberts was only 15 years old when she kissed her first baseball player, Pete Rose in Cincinnati in 1969. But over the next twenty-plus years, she planted smooches on several stars while they were on the diamond.

The sight of the bleach-blonde with the bazooka bosoms was enough to make a few of her “victims” smile with anticipation. For the most part, security officers treated Roberts with respect as they escorted her off the field.

Today, with tight security and fears of harm or terrorism in public places, an act like Morganna would play out much differently. But for her time, the “Kissing Bandit” was an innocent diversion in the world of sports.

Among Morganna’s kissing targets were Rose, Johnny Bench, Nolan Ryan, George Brett (twice), Steve Garvey, and Cal Ripken, Jr. She famously attempted to kiss Frank Howard, the giant slugger for the Senators. A photo of that attempt, showing the ample-boobed Roberts leaning up to try to reach Howard’s face, was once a popular item.