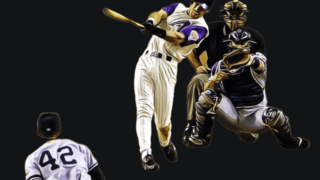 Twenty-five years ago, in 1994, noted filmmaker Ken Burns released his documentary titled “Baseball”, a nine-part series on the history of America’s National Pastime.

Over the years, starting with its release, Burns’ documentary has been praised and panned, for various reasons. But there’s no doubt that his work is an important piece of American history.

This interview with Charlie Rose took place in 1994. The Best Movies About Baseball