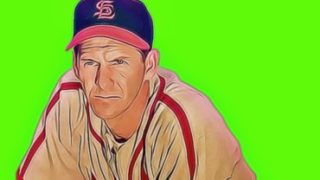 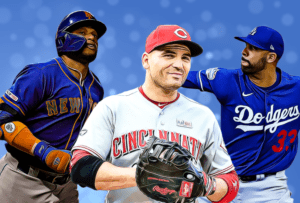 In less than two weeks the 2020 baseball season will (finally) begin. But it will be unlike any season we’ve ever seen in professional baseball. The league will play just 60 games over a ten-week stretch. Not even two world wars halted baseball, but the COVID-19 virus has brought the sports world to its knees.

With all the seriousness in our world right now, the Baseball Hall of Fame seems like folly. But with an abbreviated season on tap and uncertainty hanging over the game, we can’t be sure if the entire season will even be completed.

What does a short season mean to the players who have their sights set on Cooperstown? Will the 100 missed games have an impact on a candidate? Will someone miss out on 3,000 hits or 500 home runs because of the shortened season? Will someone who is sitting out the season miss that window to forge a case for the Hall of Fame?

How many Hall of Famers are usually active?

From 1955 to 1995, there were an average of about 40 Hall of Famers active per season. There’s no reason to think that is going to change. Which means we have roughly 40 players on MLB rosters today who will one day get to make a speech in Cooperstown. (Or have someone make it for them…so it goes)

But it’s like an iceberg: for the future Hall of Famers we can see above the waterline, there are far more we can’t see under the water. It’s hard to predict who those unseen players are. It could be a player in his second season, who only has a few hundred at-bats to his credit, like Bo Bichette. It could be a young superstar like Cody Bellinger, who has outstanding credentials in a short career, but still has to have a lot go right to make the Hall of Fame.

There are probably two or three young, unproven players active right now that don’t even seem like they have a chance at all, but who will have a run from the age of 28 to 37 that will make them a Hall of Famer. Call it the Edgar Martinez path.

But I’m not concerned so much with the young players who have an entire career ahead of them. I want to look at the players who are in their prime or in the later stages of their career. Players for whom time and opportunity, is of the essence.

Active in 2020, Lock for the Baseball Hall of Fame

Nothing will change for these guys. They could never touch a baseball again, and they would earn a place in the Hall of Fame. The only thing in doubt for a few of these guys will be milestones. Pujols is 39, and 700 home runs (44 away) is looking nearly impossible. Ditto 2,000 runs.

Verlander has stated that he would like to reach 300 wins, but he’s 75 away and will probably lose 10 wins due to the shortened season. He can still do it, but he’ll be 38 next February.

Cano is an interesting case. Based on Wins Above Replacement, Cano is already well qualified as a Hall of Fame second baseman.

Cano compared favorably to Ryne Sandberg, and he has exceeded the average by a second baseman for WAR7, WAR5C, and WAR3. But he also has baggage. In 2018 he was suspended for 80 games for violating MLB’s banned substance rules.

Cano sits 430 hits shy of 3,000, but he only had 100 hits in 2019, when he was shelved by injury for several weeks. At best he can hope to get maybe 75 hits in this short season, and who knows how long his bat speed will hold up. Cano will be 38 in three months, and he’s already seeing a lot of time at designated hitter. Voters may want Cano to have that 3,000-hit membership to punch a ticket to the Hall.

Posey will sit out ’20 season

Catchers are special, they don’t have to reach milestones to get to the Hall of Fame. Hits don;t matter much, but accolades do. The currency of great catchers are Gold Gloves and MVPs. Posey is one of only two catchers to win Rookie of the Year and MVP, and he also has a batting title. He probably should be on the first list, as a lock.

But, there are some things to think about: Buster has fewer than 1,500 hits, and his career batting average is hovering just above .300 now.

In the last 40 years no position player has been elected to the Hall of Fame who did not have at least 1,500 hits. No one who played after 1960 has ever been elected to the Hall without at least 2,000 hits. Does 34-year old Posey (his age in 2021), with his ROY, MVP, batting title, and three World Series titles, have enough to make up for his lack of longevity and special numbers? Probably, but a missed year doesn’t help.

Votto may need to step on the gas

Joey Votto is an unusual ballplayer. And an unusual person, which makes him so popular. He’s also a great player, as we’ve said before. But he has some odd numbers: he’s never led the league in homers or batting, and he’s never come close to winning an RBI title. Typically, the path to the Hall of Fame for a first baseman is to do one (or more) of these three things: hit 300+ homers, drive in 1,300 or more runs, or hit .300 for your career.

No first baseman who debuted after World War II has been elected to the Hall of Fame if he didn’t have a career .300 batting mark, or 3,000 hits or 300 home runs. Votto will be 37 in two months, and he has 1,866 hits. He walks so much that he doesn’t get enough hits to make a run at the 3K mark. He also has just 284 home runs, and he’s swatted only 27 combined over the last two seasons.

Votto’s positives are impressive: his .421 on-base percentage ranks 17th all-time. ALL-TIME. He’s led the league in walks five times, in OBP seven times, and he’s won an MVP. He also has one of the few 300/400/600 seasons in baseball history. He’s been an All-Star six times and won a Gold Glove.

This shirt season and the possible impact of the virus and a labor stoppage on 2021 and beyond, may harm Votto more than any other star player, in regards to the Hall of Fame. Give Joey a full season and he has a better chance to get to 1,200 or 1,300 RBIs, and he’ll need three more full seasons to inch his way into 2,200 hit territory, while also wanting to keep his .307 career batting average over the .300 mark.

Active in 2020, Needs to Bolster Their Hall of Fame Résumé

These are the guys who need a late season run to get themselves into the Hall of Fame conversation. Each of them have good things on their ledger, but are missing the obvious Cooperstown cred.

Price has opted out of the 2020 season, and since he’ll be 35 when the 2021 campaign starts, his Hall of Fame chances have really taken a hit. With a great team like the Dodgers, Price could have feasibly won 50 games from 2020-22, which would have gotten him to 200. Since his winning percentage is over .650, and he’s already won a Cy Young and been runner-up twice, 200 wins and (possibly) 3,000 strikeouts would push him into the discussion as a serious Hall of Fame candidate. That path is much less certain now.

Bumgarner is 30 years old, and he hasn’t received a Cy Young vote in the last three seasons. His post-season accomplishments rank among the best ever, but he’ll need more. Even with less emphasis on wins, MadBum only has 119 wins and he hasn’t reached 2,000 K’s yet. If he can flash his October magic for the Diamondbacks a few times in the next few years, and wrestles away a Cy Young from Kershaw, Scherzer, or deGrom, maybe Bumgarner can get in as a Catfish Hunter type candidate.

Active in 2020, Building a Hall of Fame Case

deGrom is already doing amazing things at a young age, as is Betts. But both will need to fill out the back of their baseball cards now with several good and very good seasons to go along with the great ones. I would have felt more confident in Betts’ Hall of Fame chances if he stayed in Fenway Park with the Red Sox.

For someone like McCutchen, who needs to add about 20 WAR to get into the HOF discussion among center fielders, the opportunity is probably now gone. He’d need an MVP type season and maybe two.

Altuve, Strasburg, and Sale, are examples of the types of players who may be hurt by missing out on prime or near-prime seasons where they can really add to their credentials. A 60-game season means five wins might be all a great pitcher gets, and no batter will get 100 hits or 30 homers in such a small set of games.

Nick Markakis is a special case. On the surface, the right fielder doesn’t feel like a Hall of Fame player. But entering 2020, he had 2,355 hits on his record. Given his brilliant physical shape and solid glove, it’s possible that he could make a run at 3,000 hits. From 2014-18, Markakis averaged 173 hits per season. But now that he’ll miss his age-36 season, that seems nearly impossible.

What will we see when we look back at this era of players? The ballplayers who lived through the COVID-19 pandemic and the impact it had on the sport? Will we see fewer players enshrined in Cooperstown? Will the standards adjust? What happens if the 2021 or 2022 seasons are impacted by virus and/or labor stoppages?

Let me know what you think in the comment section below. 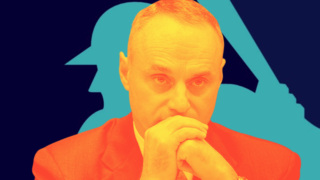