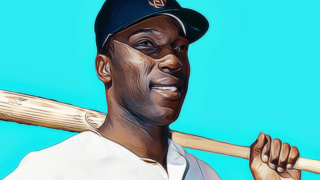 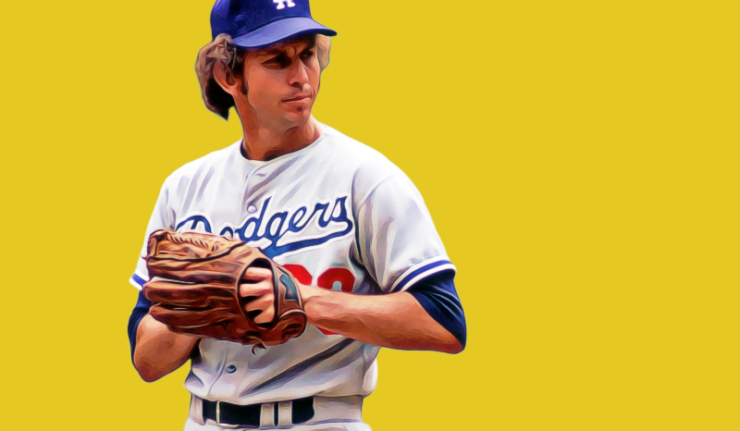 The death of Don Sutton on Tuesday is another blow to those baseball fans who grew up watching the game in the 1960s, 1970s, and 1980s. In an era when starting pitchers were also finishing pitchers, Sutton was among the best. He was incredibly durable, despite being less sexy than many of his superstar contemporaries. His polished, professional demeanor as a professional pitcher for a quarter of a century belied a tough childhood that threatened to derail any chances at an athletic career.

Don Sutton’s parents were sharecroppers in Alabama when little Donald arrived at the end of World War II. How poor was his family? Sutton was born in a shack under a tar paper roof. Both of his parents were teenagers, his mother was only 15 when her son was born. He was rescued from squalor through the diligence of his father, and that example led Sutton to be resolute in his pursuit of success on the diamond.

The elder Mr. Sutton, Don’s dad, was a resourceful fella, the type who was able to string something together just as everything seemed to be falling apart. He took jobs, any type of job, to keep the Sutton clan afloat. His primary goal was to give his children a better life than he had. He moved his family to Florida, where he found steady employment, and by the time Don was a teenager, he was tall and strong, and somehow he always had a glove and new cleats when he needed them.

The Athletics should have had Sutton, he should have been part of their World Championship teams in the early 1970s. The Kansas City A’s scout who desperately wanted to sign Sutton was Whitey Herzog, and he offered the young pitcher a car, a college scholarship, and $16,000 in 1964. When Herzog called Kansas City owner Charlie Finley to get approval, Finley told him the team didn’t have the extra money. “I was only a pen and a phone call away from signing with Kansas City,” Sutton said.

He was signed by the Los Angeles Dodgers in 1964 as an amateur free agent. This was the era just before the MLB Draft was instituted, and Sutton, who briefly attended Whittier College and pitched for their team, was not heavily scouted by big league teams other than the A’s. But the Dodgers got a look at him and liked his long legs and fluid delivery, and signed him when he was 19.

On occasion the baseball stars align to form a perfect situation. That was the case when Sutton debuted in a Dodger uniform in April of 1966. The Dodgers were a pitching factory, but their masterpiece Sandy Koufax was about to leave the game. For one year, Sutton joined Koufax, Don Drysdale, and Claude Osteen in the rotation. He won 12 games, posted a 2.99 ERA, and learned at the feet of pitching immortals. That fall he was on the World Series roster but did not get the call to start a game. He would have many more opportunities.

Sutton was one of the first star pitchers who made his bones in the five-man rotation, and he topped 200 innings in each of his first 15 seasons. He missed the 200-inning mark in 1981 (due to the strike), but logged five straight years in excess of 200 after that.

For all the great Dodger pitchers, and there have been many, the two Don’s: Sutton and Drysdale, are the only men in franchise history to win 200 games. Sutton broke Drysdale’s franchise mark in 1979 when he won his 210th game. Clayton Kershaw would need to average 19 wins for the next four seasons and he would still be one victory shy of equaling Sutton’s 233 as a Dodger.

Sutton scuffed the baseball, usually relying on a sharpened edge of his belt buckle. He had excellent control, and he lived on the edge of the strike zone. Batters couldn’t resist, but often waved at air. He pitched 23 seasons in the majors, was never on the disabled list, and never missed a start due to an arm injury. After he won the ERA title at the age of 35, Tommy Lasorda said that Sutton “may be one of the best conditioned athletes we’ve ever seen.”

He was Mr. Dependable, a remarkable pitcher who was ready to take the ball every fourth or fifth day for more than two decades. He wasn’t breathtaking like Koufax, he wasn’t charismatic like Drysdale, and Sutton wasn’t a cult hero like Fernando Valenzuela. But he was a winner. His proudest accomplishment was pitching on eight teams that finished in first place, and competing in nine playoff series and four World Series. In a bygone era win wins were still the currency for ace pitchers, Sutton won 15 or more games twelve times.

By the time Sutton emerged on the Dodgers with his picture-perfect motion and big ears, manager Walter Alston had pretty much seen it all. “Smoky” had started his professional playing career when FDR was president, and he had already managed more than 2,000 baseball games when young Don earned a place on his pitching staff. Alston managed Sutton for 11 seasons, watching the young kid from Alabama mature into a brilliant pitcher. When Alston’s autobiography was published in 1976, he presented a copy to Sutton, and inscribed these words on the inside cover: