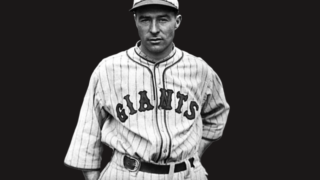 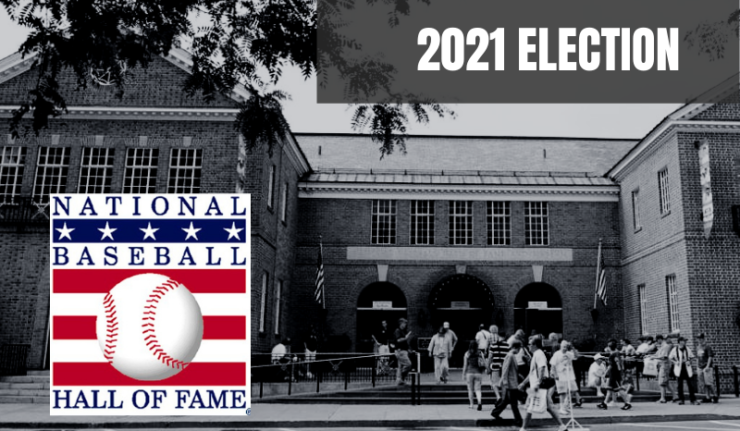 No candidate achieved the 75 percent support necessary to be elected to the National Baseball Hall of Fame, according to an official announcement Tuesday. This is the first time since 2013 that the Baseball Writers Association of America has failed to elect a player to the Cooperstown shrine.

The shutout brings into question the fate of three of baseball’s most controversial recent stars: Barry Bonds, Roger Clemens, and Curt Schilling, who fell 16 votes shy. Both Bonds and Clemens, who have been linked to performance-enhancing drug use during their playing careers, will have their names on the ballot for a final time in 2022.

Schilling led all vote getters with 71.1%, but his outspoken personality, both during his playing career and after it, has made him a polarizing candidate. Next year’s election will also be the final chance for Schilling to earn election via the writers.

Schilling has twice earned at least 70 percent of the vote. No player who has received 70 percent via the BBWAA balloting process has failed to be elected, either later by the BBWAA or a special committee. The right-hander is one of only five pitchers with at least 3,000 strikeouts and fewer than 1,000 walks. He finished in the top four in Cy Young Award voting four times, and was runner-up three times. He was a superb postseason performer: he pitched in the World Series for three different franchises, and was named co-MVP of the 2001 Fall Classic, as well as MVP of the 1993 NL Championship Series. Schilling was a world champion three times, once with Arizona, and twice as a member of the Boston Red Sox.

Bonds and Clemens received their highest vote percentage yet, but both are still shy of election. Because there still remains a large block of voters who feel steroids stained the game and are an indication of a lack of character, Bonds and Clemens are on the outside of Cooperstown.

The big winners of this election may be Scott Rolen and Todd Helton, two essentially unassuming superstars whose career records are bolstered by comparison to those who are believed to have used steroids. Both Rolen and Helton saw an increase in support this year, Rolen by more than 17 percent (to 52.9%) and Helton to 44.9%, up more than 15 percent from the previous year.

Rolen’s best argument is his defense: he won eight Gold Gloves, the first when he was 23, and the last when he was 35. Rolen is the only infielder to win a Gold Glove with three different teams. His eight Gold Gloves are equaled or surpassed by only three others at third base: Brooks Robinson (who won 16), Mike Schmidt (9), and Nolan Arenado (8). His 122 OPS+ ranks ninth all-time among third basemen who played at last 1,200 games at the hot corner.

In a 17-year career spent entirely with Colorado, Helton batted .316, and finished in the top ten in MVP voting three times. He won three Gold Glove awards at first base, and in 2000 he won the NL batting title with a .372 mark. His most substantial credentials are his diverse offensive game: he is one of only 22 players in baseball history with a career slash line of .300/.400/.500 (batting average, on-base percentage, and slugging percentage). Of the 22 players in that exclusive club, all of them are in the Hall of Fame except for Shoeless Joe Jackson, Manny Ramirez, Joey Votto, Mike Trout, and Helton.

History may be on the ide of both Rolen and Helton. Thus far, every player who ever received as much as 50 percent on the BBWAA ballot has been inducted, except for Gil Hodges. Of course, Bonds and Clemens may join that sad list after the 2022 balloting. Both remain about 14-15% shy of election.

Among the 11 players who made their debut on the Hall of Fame ballot this year, only three received enough support to stay for a second try: durable starting pitcher Mark Buehrle, dynamic defensive outfielder Torii Hunter, and pitcher Tim Hudson, who won 222 games and had a .625 winning percentage.

Sammy Sosa, who will enter his tenth and final time on the ballot in 2022, did not see a dramatic increase in support for his candidacy. The former Cubs slugger is shrouded under the suspicion of using steroids in a career that saw him slam 609 home runs. He received 17 percent, which is the highest figure he’s ever reached.

Next year will be the ninth time on the ballot for former second baseman Jeff Kent, who has many vocal supporters in the media. The all-time leader in career home runs at his position, Kent received his largest vote portion yet in 2021, but is still far from getting to the threshold of election. He saw a five point increase in his support, to just over 32 percent. It appears that of Kent is going to earn a place in Cooperstown, the veterans committee will need to take up his cause.

Three candidates: Billy Wagner, Gary Sheffield, and Andruw Jones, are gaining ground, but it remains to be seen if any of them will get the ballot boost needed. Each of them have something going against their election.

Wagner would be just the sixth pitcher elected who was solely a reliever. The hard-throwing closer can be on the ballot four more times, and now that he has broke the 45% barrier, his chances are looking interesting.

Sheffield has not been received well by voters after a controversial career that saw him bounce around both leagues, and his friendship with Bonds brings to question whether or not Sheffield was a clean player. He did receive a 10-point bump in support on this ballot, crossing the 40% mark. But Sheff only has three more chances on the writers’ ballot.

Center fielder Jones jumped 14 percentage points to 33.9% in his fourth appearance on the BBWAA ballot. That may bode well for the former Braves All-Star, who had an excellent career run until he reached his 30s. Jones has six more chances to be considered by the writers, and seeing how there are few slam dunk players coming onto the ballot in the next 3-5 years, Jones may inch to the precipice of election.

Former shortstop Omar Vizquel fell back below the 50% mark after passing it last year. His off-field problems (Vizquel has been accused of domestic violence) may be the reason he slipped. Few players have ever been as highly regarded for their defensive acumen, but Vizquel’s offensive contributions were not impressive, despite accumulating high totals in counting stats like hits.

Both Bobby Abreu and Andy Pettitte, two players who are clinging to the ballot, received enough votes to stay for at least another year. Pettitte, who pitched so many big games in the post-season for the Yankees in their most recent dynasty, has jumped two percent in his second and third times on the BBWAA ballot, but sits at only 13.7 as of now. Abreu, who has excellent analytics credentials, went from 5.5 to 8.7% in his second time on the ballot. His chances seem slim.

The Baseball Hall of Fame will host an induction ceremony this summer, even though no one was elected by the writers ballot. The four 2020 inductees, Derek Jeter, Marvin Miller, Ted Simmons, and Larry Walker, will be honored. The ceremony last year was canceled due to the pandemic. No announcement has been made indicating when the Hall of Fame will convene meetings of the special “era” committees that look at players overlooked by the writers or non-playing personnel.

Gil Hodges really should be in the Hall of Fame. I don’t have time to say why but I hope the Hall fixes this injustice. Another former New York first baseman, Keith Hernandez, also deserves consideration

Certainly Hodges has a great case, and he’s the only man (not currently on the ballot) to ever receive as much as 50% of the vote and NOT be elected eventually.

Dan, why do you think Hodges has not been elected? As a kid in the 1950s, the Dodgers of Hodges, Snider, Reese, Campanella, Furillo, Drysdale, Koufax, Newcombe were all baseball cards I had or wanted.

Hi Bill, thanks for commenting.

I suppose Gil got stuck in that era where voters were still pretty stingy with power hitters. You had to hit a lot of home runs and reach a milestone like 500, and/or have a high batting average. Voters didn’t pay attention to on-base percentage and slugging. By the time they had become sophisticated enough to elect Tony Perez (almost exactly the same type of numbers), Gil was off the ballot. He had also died, and dead candidates can’t remind people how good they were.