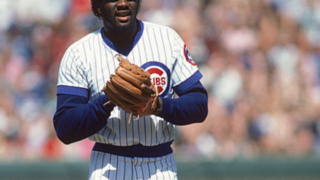 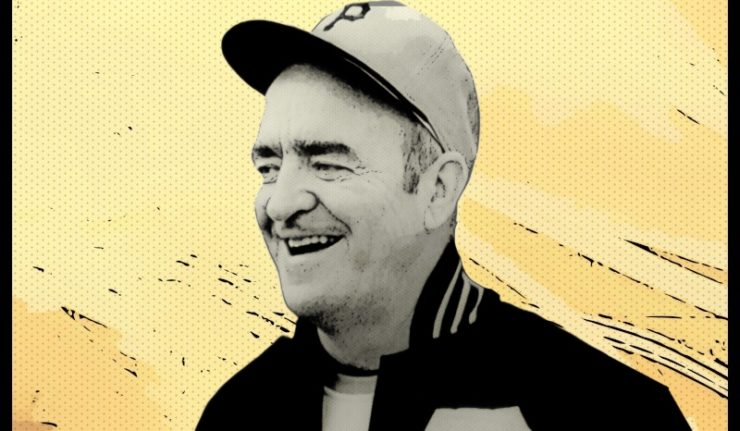 After Bill Mazeroski hit his famous home run that won the 1960 World Series in walkoff fashion, manager Danny Murtaugh retreated to his office beneath the stands at Forbes Field and found himself alone. That’s when a member of the front office barged in and gave the Pittsburgh skipper a bear hug.

“You’re the greatest manager ever,” the Pittsburgh staffer said.

“Not the greatest, but the most grateful,” Murtaugh replied.

In a long baseball career, Murtaugh defied expectations and bucked stereotypes. But through it all, he remained supremely modest and gracious for his chance to lead a team on the field.

Murtaugh was an Irishman who didn’t drink. He was a baseball lifer who never resented change. He had a temper but he hid it with his wisecracks and southern humor. He spent four terms as manager of the Pirates, a team that always had a job for him. He and general manager Joe Brown had a sun/planet relationship: Danny orbiting Brown as the latter cemented himself as the front office guru for the franchise. Each time Brown wanted to kick his team into high gear, he asked his friend Murtaugh to return to the dugout. Which he did three times after the initial stint which was cut short when Danny suffered his first heart attack.

In 1960, buoyed by a tough “Bill, Dick & Don Infield” of first baseman Dick Stuart, second baseman Bill Mazeroski, shortstop Dick Groat, and third baseman Don Hoak, Murtaugh guided the Bucs to their first pennant in 35 years. They were beaten and battered by the Yankees in three lopsided losses in the Fall Classic, but they won the other four games, the last one on Mazeroski’s homer at Forbes Field. Murtaugh turned 43 four days after the stunning victory, but that first tenure with the Pirates would not last much longer.

After his heart attack in 1964, Murtaugh stayed out of the game until he was coaxed back to the dugout by Brown in 1967 as an interim manager when Harry Walker was fired in July. After the season, Murtaugh accepted a job as a consultant and scout for the Pirates. But his managing days were far from done.

After he watched his team underperform, Brown begged his pal Murtaugh to come back, and in 1970 in spring training, there was the Irishman in the manager’s seat once again.

In his first season back, in his third stint as Bucs skipper, Murtaugh won the division title. In 1971 he won his second pennant and led the Pirates to an impressive victory over the favored Orioles in the World Series. That team was built on an impressive lineup that pounded teams into submission. In the celebration after the victory in Game Seven, Murtaugh got a giant bear hug from Brown, the two friends celebrating another Fall Classic triumph.

Feeling there was little left for him to accomplish in the game, Murtaugh stepped aside after the ’71 World Championship, but when his replacement Bill Virdon stumbled, Danny came back as a favor to Joe Brown in 1973, taking the helm in the midst of a division race.

Murtaugh took over the Pirates for a fourth time on September 6, with the team having lost four of five and tumbling out of first place in the NL East. He righted the ship and within seven days the Bucs were in first place, but four crucial losses to the Mets in mid-September doomed the Pirates and they were eliminated on the next-to-the-last day of the season.

But with a talented team, Murtaugh led the Pirates to division titles in 1974 and 1975, though they could not return to the World Series. In 1976, the Buccos won 92 games, the fifth time in twelve full seasons that a Murtaugh team won at least 90 games.

Having felt worn down in ’76, Murtaugh stepped aside only days before Brown also retired. The two men going out together.

Sadly, Murtaugh died only two months after his fourth retirement from the Pirates. He had suffered several years of bad health, even having dizzy spells in the dugout. His plan was to turn his attention to his family, but that didn’t come to be.

“I think I’ve been around long enough. I think my own children were neglected a little bit, and I’m going to make up for it by spending time with my grandchildren,” Murtaugh said in a hastily organized press conference after the 1976 season.

Murtaugh was only 59 when he died from heart problems, way too early for a man with so much wisdom he could have passed on.

Murtaugh won 1,115 games in a 15-year managerial career that included 12 full seasons and parts of three others. He managed all of his games at the major league level in the black and gold uniform of the Pirates. His career .540 winning percentage ranks 19th among managers who spent at least 15 years in the game. He won four division titles and guided his team to five first place finishes, resulting in two pennants. His success in Pittsburgh is surpassed only by Hall of Fame manager Fred Clarke, who won four pennants and one World Series, and about 300 more games than Danny.

How Do We Rate Hall of Fame Managers?

In a game that has so many legendary numbers, it’s surprising how little most fans know about managerial statistical accomplishments. The currency of greatness as a manager or head coach in any sport is titles.

Francona is probably going to be elected someday. He was skipper of two championship teams in Boston, including the team that broke The Curse of Babe Ruth.

The question becomes: does Murtaugh belong with Dick Williams and Lasorda, or should he be relegated to the group with Ralph Houk and Tom Kelly?

Murtaugh won more games than Houk, and Kelly has a career losing record, which is why he’s never going to get his plaque in Cooperstown despite the two titles.

Murtaugh won his World Series titles more than a decade apart, with basically two different teams. He had Roberto Clemente in both 1960 and 1971, and that was about it. He also never had an elite pitching staff. Instead he relied on a deep pitching staff.

Should Danny Murtaugh Be a Hall of Famer?

The election of Murtaugh would fit with the prior selection of Billy Southworth, who won about 70 fewer games than Murtaugh, and captured four pennants and three World Series titles. Southworth had a much better winning percentage though, and he benefits from his team winning three straight pennants.

There really has never been a manager elected quite like Murtaugh. Other managers won fewer titles (Clarke, Bobby Cox, Earl Weaver), but they won far more games and/or had much better winning percentages.

Murtaugh’s career winning percentage is better than that of Joe Torre, Whitey Herzog, Williams, and Tommy Lasorda. But those managers have either loads of wins, or they had a personality that defined their teams and their era.

The challenge for his candidacy is that Murtaugh was just sort of there: a man with immense baseball knowledge and the ability to lead players, but who splintered his career with several shorter stints. He was defined as an every man, a sort of funny Irishman who didn’t get along with his biggest star (Clemente). He was popular with baseball writers and his pal Joe Brown, but he wasn’t a brilliant personality like Casey Stengel, Sparky Anderson, or Lasorda.

Given his low win total and sort of good but not great win percentage (Joe Girardi’s is better), Murtaugh would be a weak choice for the Hall of Fame.