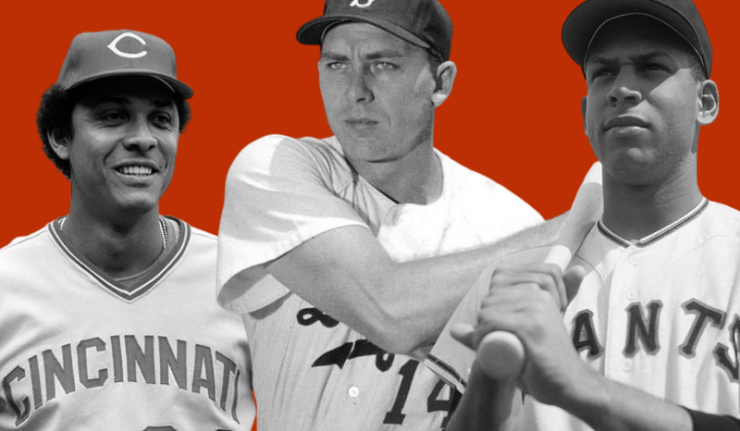 The three first basemen who most often get compared to each other are Gil Hodges, Orlando Cepeda, and Tony Perez. For years, Perez and Cepeda were in the Hall of Fame, but Hodges was not.

Lots of people screamed about the injustice of Hodges not being in. But finally, this year, Hodges was elected by a special committee, receiving 12 votes out of 16, just enough to gain election.

Now that all three of these former slugging first basemen are Hall of Famers, let’s look at them as a group:

Perez ranks highest in career value, but not by a large margin over Cepeda, and Hodges only trails because he got a late start due to serving in the Marines during World War II.

Perez has a slight edge in peak value and was still able to swing the bat in his late 30s, which is why he has more hits than the other two guys. By the numbers, and by our All-Time First Baseman Rankings, the three players are extremely close, and if one of them is in Cooperstown, all three should have been. Now, as of this writing in December of 2021, they are.

Perez and Cepeda had cute nicknames: Doggie and Cha Cha. No one ever said cute things about the serious Hodges, but he was one of the most respected players in the game. He was a devout Catholic, a dedicated family man, and a natural leader. Roy Campanella said bluntly: “Gil Hodges is a Hall of Fame man.”

Of the three first basemen linked together, only Hodges and Perez managed in the big leagues. Cepeda had a rougher time off the field, and had to work his way through some things before being welcomed back to the game. But of the two managers, Hodges was by far the best: he led the Mets to the 1969 World Series as one of baseball’s most famous Cinderella teams. Hodges made several decisions in the World Series that helped spark the Met’s upset victory. While still manager of the Mets, Hodges dropped dead of a heart attack after playing golf in 1972, he was only 47 years old.

“Had Gil Hodges lived,” Tom Seaver said, “the Mets would have won another World Series.”

If Hodges gets in as a player, shouldn’t Norm Cash also be elected? He’s a very similar hitter compared to Hodge. But Cash has a batting title to his credit and he also hit well when Detroit won the World Series in 1968.

If we’re going to be consistent, then Cash should get in.

That’s a good point, Mike. We have Norm Cash at #26 in our list of Top 100 First Basemen. Perez is #23, Cepeda is #35, and Hodges is at #37. I don’t have a problem with Hodges being in, because he played such an important role on many pennant-winning teams. He also has the manager aspect, which Cash does not have.

Between the lines, in my opinion, Cash was a better player than Hodges. His numbers look worse because he played in the second deadball era, but Norm was very good. He doesn’t have the narrative though.