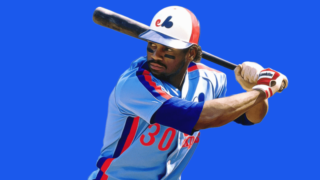 9 Baseball Storylines We’ll Be Watching in 2022 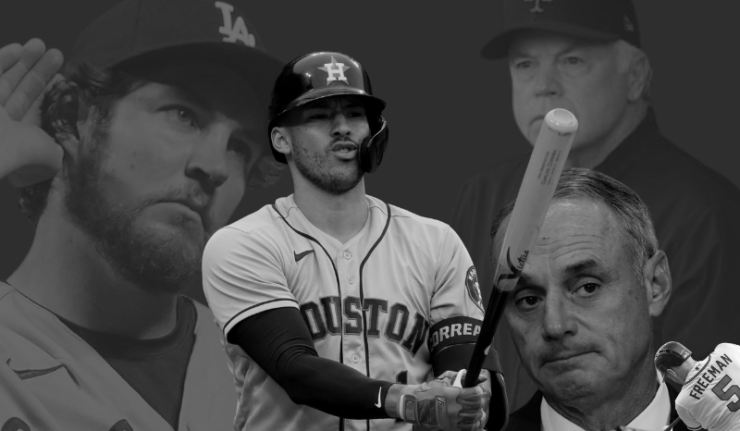 Turn the page, it’s almost 2022. Can you believe it? 2022…or 100 years since the birth of Hoyt Wilhelm and Hall of Fame left fielder Ralph Kiner.

It’s nearly been a century since the Yankees were defeated by the Giants (the NEW YORK Giants) in the 1922 World Series. Back then they had a first baseman named Wally Pipp. Nope, not Lou Gehrig, he was still a few years away from being entrenched in the Yankee lineup.

It’s that time when you see “end of the year” review blog posts, or lists of crap we loved from the current year. We’ll spare you that rearview mirror stuff. Instead, we’ll share a forward-looking piece on what to expect in 2022.

9. Will Trevor Bauer ever pitch again in the major leagues?

The Los Angeles Dodgers are facing a lot of questions entering 2022. They have a very serious rival in their own division. They have to decide how to replace some free agents they lost, including Cory Seager. There’s the issue of whether or not to resign Clayton Kershaw. The team is tasked with trying to extend their dynasty that’s resulted in nine straight playoff appearances and three pennants in the last five seasons.

But looming over everything is the case of Trevor Bauer, an unsavory former Cy Young Award winner who hasn’t thrown a pitch for LA since last June. Not because he’s been injured, but because Bauer was accused of sexual assault by a pair of former lovers. The ugly details of Bauer’s bedroom life gave the Dodgers a collective case of nausea. The front office has seemingly decided that any association with Bauer would be polarizing for their fan base, as well as the clubhouse.

But it’s not simple: the Dodgers owe Bauer $68 million over the next two years. The team has indicated that they don’t feel they owe the outspoken pitcher anything, that they can “fire” him for cause. Naturally, Bauer disagrees. The case is headed to court.

Bauer has not been charged with a crime. He’s voluntarily accepted a suspension by MLB with pay. But at some point, the Bauer problem will need to be solved.

What will become of the 2020 NL Cy Young Award winner when the Dodgers finally rid themselves of him? Will Bauer ever get another chance to pitch in the major leagues? If he’s not charged with a crime, is a lawsuit coming against MLB? This ugly mess will probably drag well past the end of 2022.

This will be the first big story of 2022: the outcome of the Baseball Hall of Fame election.

For Barry Bonds, Roger Clemens, and Curt Schilling, this is the tenth and final time their names will be on the writers’ ballot. Bonds and Clemens, clouded by their purported use of performance-enhancing substances, have yet to reach even 65%, let alone the 75% needed for election. Whether they are elected in their last chance or not, the story will be huge.

Schilling received 285 votes in the 2021 election, 16 short of being elected. Following the announcement, the former pitcher, who we rate among the 30 best pitchers of all-time in the Baseball Egg list of the 100 Greatest Pitchers, lashed out at the process. Schilling asked to have his name removed from future consideration, a fairly unprecedented response, but one that fits neatly into the personality of a man who attaches himself to dram and controversy like a moth to a flame.

The Padres still have a fantastic roster of talent, and so do the Dodgers, who are bringing back arguably baseball’s best all-around player in Mookie Betts, and still have loads of pitching. But the Giants have proven that they are the cream of the division.

The National League West could be a powder keg of competition in ’22, with three teams vying for the top spot.

This story is tied to the MLB Collective Bargaining Agreement (CBA), which expired in early December. One of the items the players union and the teams will discuss is expanding the use of the designated hitter. Such a decision would once and for all force both leagues to play under the same rules for the first time since the early 1970s.

Should the National League finally agree to use the DH, it will change the way teams in that league form their roster. It will help older players extend their careers. It will also possibly add another active roster spot to MLB teams (though that will need to be negotiated).

With the MLBPA and MLB ownership at loggerheads over a deal to govern the game, free agents are in limbo. We’re already seeing some MLB free agents ink deals with professional teams in Korea and Japan. Financial security is important for everyone, even pro athletes.

The longer the MLB work stoppage lasts, the more likely we’ll see free agents choose to work outside the U.S.

Is it possible that a huge free agent like Carlos Correa or Kris Bryant could sign in Asia? It would be surprising, but not out of the realm of possibility. Money talks.

4. Resurgence of the Seattle Mariners

There’s a lot of stuff on this list that will happen off the field. But here’s a prediction for the ’22 season: the Mariners will be much better, and possibly even leapfrog the Astros to take control of the AL West.

Young players already in Seattle include outfielder Kyle Lewis (the 2020 AL Rookie of the Year), outfielder Taylor Trammell, and emerging staff ace Chris Flexen. There’s also former #1 MLB draft pick Jarred Kelenic, who has huge potential as a power hitter. But even more heralded help is on the way.

MLB’s top rated prospect Julio Rodriguez has the look of a 35+ homer power threat. Pitcher George Kirby has a 100-mile per hour fastball, and he’s ready to make his big league debut at some point in 2022.

The Mariners probably won’t win the World Series in 2022, but they will contend for a playoff spot, and with several exciting young stars in uniform, they’ll be fun to watch.

3. The continuing saga of the New York Mets

The Mets made a big splash in the offseason, signing free agent pitcher Max Scherzer and outfielder Starling Marte, and also bringing in Buck Showalter to be their new manager. On paper, their lineup looks formidable, perhaps even poised to knock off the champion Braves in the National League East.

For decades, the Mets have been trying to catch up to the Yankees and win the local New York market. But dysfunction in the front office has held them back for the most part.

Just because it’s New York, we’ll hear a lot about the Mets in 2022, when and if the season begins.

That big sound you heard when the CBA expired on December 2 was the PAUSE button being pressed on free agency. A few big names remain unsigned, none larger than shortstop Correa, who is expected to set a new record for a contract.

Correa will still only be 27 years old when the 2022 season starts in the spring (if it does). He has no weakness on the field, except being healthy. But he’s proven he can stick in the lineup the last two seasons. He’s a winner: Correa helped the Astros to the League Championship Series in each of the last five seasons, and he’s played in three World Series since 2017.

Some team will reward the All-Star shortstop with a contract well over $300 in total value and probably as much as $32-35 million per year. His contract will set the market for future MLB deals. Whichever team ends up with Correa (and it could be the Astros after all, especially if the lockout drags on) will be an instant contender.

We’re now nearly one month into the impasse between the MLB Players Union and team owners. On the table are a number of issues, including:

This is the first work stoppage MLB has endured in more than two decades, and the longer it lasts and uglier it gets, the more it threatens the health of the game. Fans, some of whom still remember the aborted 1994 season, will be less likely to tolerate a lengthy war between the owners and players this time. There are too many entertainment options for fans today, and if baseball wants to marginalize their popularity, that’s just what might happen if the 2022 season starts late, or is shortened.