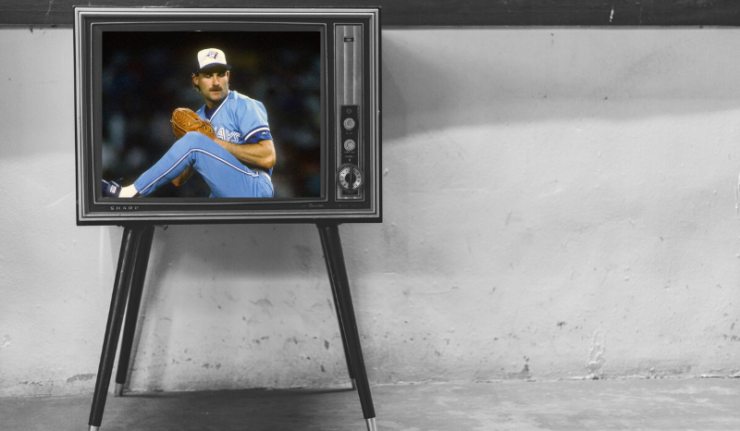 Sometimes you don’t appreciate something until you have time to process it. Years later you look back and ask yourself “Why wasn’t that more popular?”

That’s also how we see Dave Stieb, the purveyor of a devastating slider and formidable fastball who never emerged from the shadows to take his rightful place as one of baseball’s greatest pitchers in the 1980s. But years on, we have tools like Wins Above Replacement and other advanced statistical methods to see how effective the right-hander was.

This week the latest video from Jon Bois dropped onto the SB Nation “Secret Base” YouTube channel. It’s titled “Captain Ahab: The Story of Dave Stieb, Part 1,” a detailed dive into the fascinating career or the former Toronto All-Star hurler who flirted with no-hit fame numerous times only to fall short again and again.

As is the case with anything Bois puts together (in painstaking and fascinating detail), this video is a must for baseball fans, whether they know a Willie McGee from a Willie Mays or not.

The beauty of a Bois production is his use of graphics in an immersive manner that illuminates his message in ways flat rows of numbers and slugging percentages cannot. This is no droll Bill James. Instead, Bois presents a feast for the eyes and ears for baseball fans. No one is producing content like Bois is, and we’re just lucky he xpends his time diving deep into pitch usage, near no-hitters, and the clippings from newspapers from four decades ago.

The Stieb series will be four full episodes, with the first one focusing on the California native transitioning from outfielder to pitcher in college. Then it shifts to the woeful Toronto Blue Jays, an expansion team that lost a ton of games for years and rarely scored enough runs for Stieb to get the biggest prize of the 1980s: the pitcher win.

Watch the first episode here or go over to YouTube to enjoy it. The next entry should drop within a week.

The 100 Greatest Pitchers of All-Time