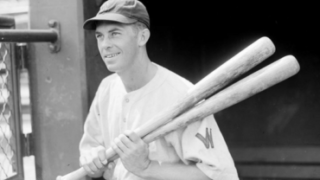 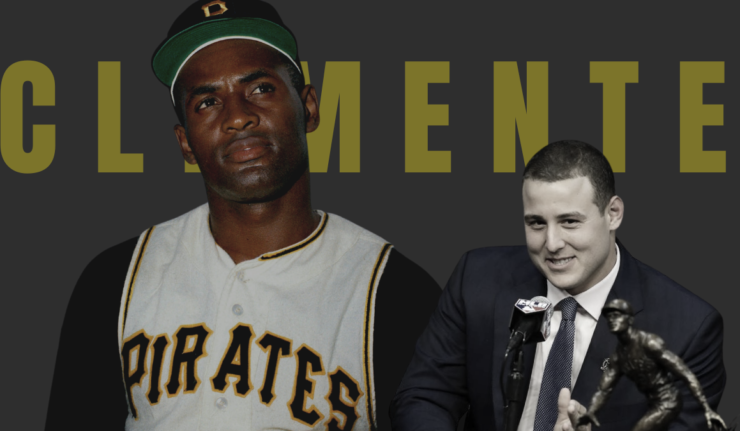 Every time he takes the field at PNC Park, Pittsburgh Pirates shortstop Kevin Newman makes sure he honors and salutes Roberto Clemente.

“Walking out at our home ballpark, we have a quote by him as we walk out there, and I tap it every day as I go on the field,” Newman said of the sign above the staircase leading to the field. “It features a quote from Clemente that says, ‘When I put on my uniform, I feel I am the proudest man on earth.’ ”

Newman and his teammates realize the significance of wearing the same legendary black and gold colors that Clemente did. So in mid-September at Citi Field, he and the rest of the Pirates wore the No. 21, too, on Roberto Clemente Day.

“To be able to wear that 21, and in a Pirates uniform is very special,” said Pittsburgh outfielder Bryan Reynolds. “Roberto was a Hall of Fame player, but also a Hall of Fame guy off the field.”

The Mets made sure to join in the celebration of Clemente and take some special time to pause and reflect on his legacy in grand fashion. Not only did all of the Pirates players and on-field personnel wear No. 21, all of the Mets players, manager Buck Showalter and his staff also wore the No. 21 on their jerseys on Sept. 15. New York was in the midst of the playoff picture, yet the team also went above and beyond to make it a memorable night before the game.

Ex-players who won the Roberto Clemente Award in past seasons were invited to participate in the festivities. They participated in a pregame food packaging event with Rise Against Hunger to help those in need. Among them was former Met Carlos Delgado, who won the Clemente Award in 2006. Delgado, who is from Aguadilla, Puerto Rico, formed the Extra Bases Foundation, a Puerto-Rican based charity that helps underprivileged youngsters.

Delgado said he is always reminded of the tremendous magnitude of winning such an award.

“The Clemente Award is super important,” he said. “Growing up and knowing the Clemente history, and his life, and understanding in Puerto Rico that he is bigger than life, it is also a big responsibility. It is quite an honor when your name gets mentioned in that same conversation.”

As Delgado scanned the field during pregame activities, he saw many other former Clemente Award winners gathered for the momentous occasion. Nearby, Eric Davis (1997 winner), Jimmy Rollins (2014), and Carlos Beltran (2013) were also sharing their memories of winning the award, which is presented annually to the MLB player who best represents great character and philanthropy on and off the field.

“It is so great to run into some of the past recipients, people who have done unbelievable work on and off the field,” Delgado said.  “I feel the excitement, everyone’s talking about Clemente, and everyone is wearing 21.”

Harold Reynolds, who won the award in 1991 while with the Seattle Mariners, also took an opportunity to sport the No. 21. While meeting the media, he wore a vintage authentic Clemente jersey. He also recalled the emotions that he felt when he won the award.

“When I was playing, looking back, I remember saying, ‘if you can’t have an impact on people’s lives, then why do you have the platform as an athlete?’ It is the greatest award I have ever worn,” he said.

Roberto Clemente Day, Harold Reynolds said, was a time to pay tribute to the past and to spotlight Clemente’s outstanding current and future influence on the game.

“I think his impact is starting to grow even more,” Harold Reynolds said.  You look at the modern-day player knowing who he is 50 years later. Can you imagine that? It seems like his impact is just now catching more steam.”

Newman, who was a first-round pick of the Pirates in 2015, has experienced the extraordinary hold the Clemente heritage has on his franchise first-hand, and he revels in it.

“Coming up, you see the way he impacted not only this organization, but also the world. The reach he had outside of baseball, it’s something that they don’t take lightly here. They really pride themselves on it, we all do, “ he said.

Newman said he has always appreciated the opportunity to wear the same colors as Clemente and was fully cognizant of a unique chance to have the No. 21 on his uniform for a very special occasion.

“It’s really cool that I’m playing for the same team he did and get to wear his number. He was an amazing baseball player and even a better person off the field,” he said.

Bryan Reynolds made sure to acknowledge the firm grip Clemente still has on the city of Pittsburgh.

“You can see it every time his name is mentioned. The fans still love him,” he said.

Delgado also shared how he has seen the Clemente legend touch so many lives over the years and continues to do so.

“People a little older than me, they followed the Pirates because of Clemente. He became this symbol, bigger than life,” he said. “Sometimes I try to put [it] in perspective. It’s been 50 years and we’re talking about him like it’s yesterday.”

Delgado is a shining example of how Roberto Clemente’s influence guided more goodwill through Major Baseball and will undoubtedly do so for many years.

“Since you’re a little kid, you hear about this guy, a great player who did all this work, he did baseball clinics and hospital visits,” he said.  Then, you make it to the big leagues and you want to help out. I always say that I am blessed, and I want to be grateful for that. It gives me an opportunity to give back. If it happens that they mention your name related to Clemente, it is quite an honor.”

One of my favorite players growing up! The NL was absolutely stacked with excellent right fielders for their All-Star teams (Aaron, Clemente, Frank Robinson). I always looked forward to seeing all 3 selected, but don’t recall it happening. Clemente was a great man on and off the field. Baseball lost an outstanding man when he passed far too soon!