The Big Six and Leftovers: How the 2013 Hall of Fame ballot results will look

Zen and the Art of the Infield Fly 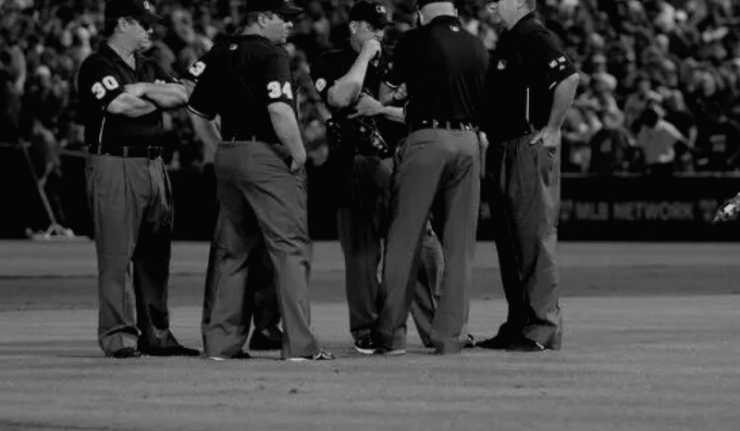 A friend of mine who’s an accomplished poet crafted this epiphany while traveling through Southeast Asia:

Notice the proper Haiku syllabic form: 5-7-5. M.L. Liebler apparently understands both the infield-fly rule AND proper haiku form –- which should qualify him as a national treasure. To “get” haiku demands an understanding of the value of formal rigor, along with the notion that the universe, while eternal, is mostly empty. It helps if you can hear a faint sound in the night, not unlike a very, very large bell.

Understanding the infield-fly rule is a matter of knowing what it prevents. It prevents infielders from making easy double plays by intentionally dropping easy pop-ups – a maneuver which, if allowed, would make the game a bit more farcical and would swing significant advantage to the defense. The sound of that bell is a mystery to some, the infield-fly rule to others. It is a beautiful rule – one that keeps the game true and disallows monkey-business.

Many fans and amateur players get confused by the circumstances under which it’s called or not called. It is, finally, a judgment call. But it can only be called under certain conditions, and those bear some meditation. An infield fly (wherein the batter is out and runners may advance at their own risk) can only be called with runners on first and second (or the bases loaded) and less than two outs. That’s the central situational fact that fans often miss –- just a runner on first is not enough. An infielder could intentionally drop a fly and get that lone runner at second, but by then the batter is safely at first -– so, what’s the point. But with two or more batters on, infielders could drop pop-ups and tag out two runners. That’s why the rule exists –- to prevent infielders from doing that. The umpire calls “infield fly – batter is out” when, in his judgment, a fly ball or popup in the infield is catchable “with reasonable effort” and skill, and doesn’t require a highlight-reel play. The rule is never called on line drives, nor on bunts – which is why a bunted popup can be so deadly: an alert pitcher or catcher could drop it and nail two outs, if he has the presence of mind.

When the infield fly is called, runners can advance at their own risk because the ball (and play) are not ruled “dead” by the call, as they are, for example, when a batter is hit by a pitch. Play is live. Runners are subject to being doubled off if the ball is caught and they’re running, but can also advance safely if the ball falls in or is dropped. The key point for a base runner to keep in mind is, once the infield fly is called, he does not have to advance, no matter what happens. If the ball is dropped or falls in, he is not forced to run. The batter’s already out, removing the force. (Ahhh yes, The Force!) If the runners do go, they must be tagged out – there is no force out at the bases. That’s the most elegant facet of the rule – it really changes the base running rules completely for just that circumstance. I’ve seen situations where the infield fly is called, the ball is dropped, and runners run because they think they have to. I’ve also seen infielders whip the ball from base to base for what they think is a double play, never tagging the runners – who are thus safe … that is, they are safe, if they don’t walk off the field thinking they’re out. It can get confusing for everybody. But so can haiku – and that damn ringing. Just remember: 5-7-5.

What infielders did before the Infield Fly Rule

The infield fly rule was introduced in 1920, along with a number of other rules that were intended to promote offense (most famously, the spitball was outlawed during this same set of sweeping rule changes.) Before 1920, with runners on and less than two outs, the fielder could simply make a choice while hovering under an infield fly, catching the baserunners hopelessly between a rock and a hard place. If they got too far away from first, the fielder would catch the ball and zip it over to the first baseman, for a double play. If he tried to stay at first, the fielder would drop the ball, then zip it toward second…the beginning of a different kind of double play.