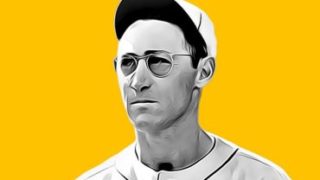 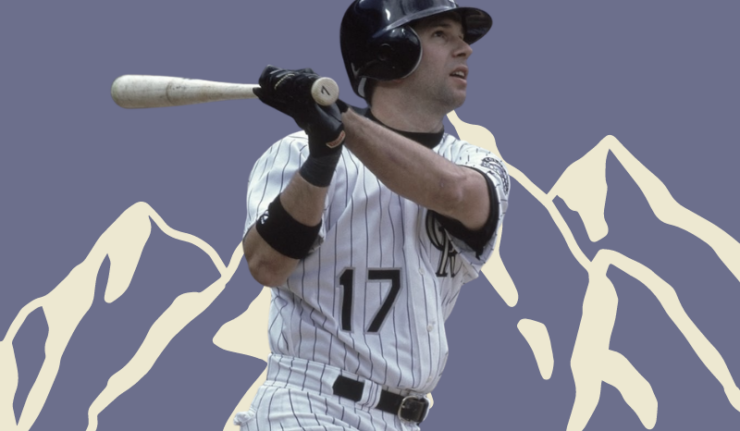 When Todd Helton’s name first appeared on the Hall of Fame ballot in 2019, he received 27 fewer votes than Manny Ramirez. Three years later, Helton had gained 135 supporters, while Ramirez saw his vote totals grow by about 20.

In 2022, Helton finished sixth in the Baseball Writers Hall of Fame voting, behind one person elected (David Ortiz), three controversial players who were falling off the ballot (Barry Bonds, Roger Clemens, and Curt Schilling), and Scott Rolen. Entering his fifth time on the ballot, Helton should be a leading candidate to push beyond the 75 percent threshold for election.

But in order to gain the almost 95 votes he’ll need to be elected later this month, Helton must overcome the stigma as a “Coors Field slugger” assisted greatly by a favorable home park.

Helton did a lot of things in his career that are very impressive. He won a batting title, and hit over .320 nine times. In 2000, he drove in 147 runs and eclipsed 400 total bases. Helton is one of only seven players to have two seasons with 400+ total bases. The others are Babe Ruth, Lou Gehrig, Rogers Hornsby, Jimmie Foxx, Chuck Klein, and Sammy Sosa. This century, only three batters: Helton, Barry Bonds, and Luis Gonzalez, have reached 400 total bases.

Then there’s the 300/400/500 club. There have been more than 22,000 players in MLB history, yet only 21 have managed a career batting average of .300, an on-base percentage of .400, and a slugging percentage of .500 or more. Helton is among that elite group, joining Ty Cobb, Ted Williams, and Stan Musial, among others. How elite is that club? Hank Aaron didn’t make it. Neither did Mickey Mantle, Willie Mays, or Tony Gwynn. Helton is the only player to join the 300/400/500 club whose career started in the last 30 years.

In 2000, his magnum opus, Helton became only the fifth player in baseball history to have 200 hits, 40 homers, 100 RBI, 100 runs scored, 100 extra-base hits, and 100 walks in a season. The other four are Babe Ruth, Lou Gehrig, Jimmie Foxx, and Hank Greenberg. Impressive no matter how thin the air is in your home park.

Most Seasons with 7+ Wins Above Replacement, First Baseman

What of the argument that Coors Field exaggerated Helton’s numbers? Well, of course they did. But is that unprecedented?

But many great hitters have had favorable home/road splits thanks to their ballparks.

It’s worth noting that Helton’s career road numbers are still very good: his career 855 road OPS and road slash line are very similar to the career stats for Carlos Beltran (837 and 279/350/486), an almost exact contemporary.

The chart above consists of five peers who starred exclusively or almost exclusively in the National League. Four of the five are on the Hall of Fame ballot this year. Chipper Jones is already elected.

Helton’s road OPS in his prime years (1998-2007 as seen in the chart above) is higher than that of Andruw Jones and Rolen, and comparable to Kent. His career road OPS (855) would rank 162nd all-time (regardless of home/road), tied with Joe Cronin, and ahead of Al Kaline.

The point is: Helton was a monster at Coors Field, yes. But he was also a damn good hitter on the road too. Basically he was Ted Williams in Denver and Carlos Beltran on the road.

When you adjust his numbers for the park effect, we still see that Helton belongs in a group of fantastic hitters. Among players with at least 6,000 plate appearances since 1901, Helton’s Adjusted OPS+ ranks 86th. That’s better than Carl Yastrzemski and Dave Winfield. Sure, Yaz was a Gold Glove outfielder, but even if we limit the comparison to first basemen/DH, Helton had a better OPS+ than Eddie Murray, Rafael Palmeiro, and Don Mattingly. He’s comparable to Orlando Cepeda (also 133 OPS+) and Fred McGriff (134 OPS+, and elected to the Hall last December).

The Hall of Fame has welcomed Larry Walker, a teammate of Helton’s for eight years in Colorado. Here’s how they compare for those years, 1997 to 2004:

How can voters elect Walker, and not Helton, when as teammates their numbers are so similar? If Walker deserves a plaque even though he enjoyed the advantages of playing home games in Coors Field, why does that fact work against Helton?

Only seven candidates have received 50 percent of the vote in a BBWAA election and not eventually been elected to the Hall of Fame: Curt Schilling, Barry Bonds, Roger Clemens, Scott Rolen, Omar Vizquel, Billy Wagner, and Helton.

That odes well for Rolen, Wagner, and yes Helton, as those three return to the ballot this year. Whether the former Rockie can jump the 23% he needs to get to the 75% mark, remains uncertain. But it seems he will become the second Colorado player to get a plaque, it’s just a matter of time. Given his hitting exploits, Helton deserves it.