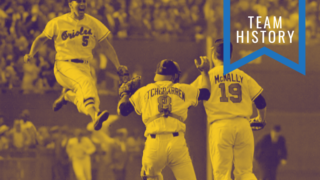 Baltimore Orioles History AMERICAN LEAGUE, 1954- the best of times In baseball history, no team can match the... 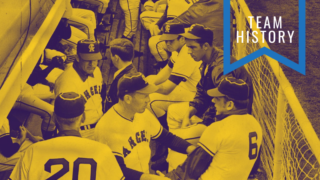 Anaheim Angels History AMERICAN LEAGUE, 1961- the best of times When Mike Scioscia was hired to manage the... 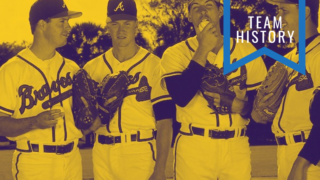 Atlanta Braves History NATIONAL LEAGUE, 1876- The Best of Times The Braves won a hell of a lot...

the best of times

In baseball history, no team can match the New York Yankees dynastic-chops. The Yanks dominated the league for decades and had the game’s greatest stars. They enjoyed another two more dynastic periods after expansion and the advent of the playoff system.

The one franchise that came closest to building a Yankee-type dynasty was the Baltimore Orioles, from the mid-1960s through the early 1980s. Consider: in a twenty-year stretch from 1964 to 1983, the O’s had 16 90-win seasons. They won six pennants and three World Series titles, one each in the 1960s, 1970s, and 1980s, and under three different managers.

The Orioles were so good during this span that they even developed a philosophy: The Oriole Way. Any time a team comes up with a philosophy, something’s going right.

The strongest tent pole of the Oriole Dynasty was Earl Weaver, a tiny pixie who sprinkled fairy dust on his pitching staff and parlayed innumerable platoon systems into gold. Weaver’s strategy was “Pitching, defense, and the three-run homer,” and the flesh-and-blood personification of it was Jim Palmer, Brooks Robinson, and Eddie Murray. This was pre-Camden Yards, and old Memorial Stadium would rock and sway with the thunderous support of the Baltimore faithful, some of the brightest and most loyal fans in baseball.

the worst of times

The worst of times for Baltimore fans came on the heels of their dynasty (see above). As the 1988 season began the Orioles were at a critical stage. The AL East was loaded: the Tigers were great, the Yankees were always packed with firepower, and the Blue Jays were always frisky. The Red Sox had baseball’s best pitcher and were only two seasons removed from a pennant. The Brewers had good, young talent, and even the Indians were looking better than they had in a long time. The Orioles seemed like yesterday’s dinner special.

The team had tried a second Earl Weaver era only a few years earlier, and it failed. Now they had Cal’s dad in the manager’s seat, a conservative, ritual-crazed baseball lifer. Weaver had won because he loathed and ignored his players. Cal Sr. was just aloof and boring.

The 1988 Orioles lost their first six games and they did something very un-Oriole like. They fired Cal Ripken Sr. Predicatably, that pissed off Cal Ripken Jr., and the second baseman, who happened to be named Billy Ripken.

Cal Sr. was replaced by Frank Robinson, one of the franchise’s most heralded figures. If they built a Mt. Rushmore for Orioles, Frank would have had the biggest face. Either him or Brooks Robinson.

Big Frank’s first game as manager was in Memorial Stadium to kick off a three-game series against the Royals. They briefly jumped out to a one-run lead, but then the Royals put up six runs in the middle innings and won easily. The Orioles lost again the next night, and the night after that. Cleveland came to town and swept the Orioles to drop their record to 0-12. Thankfully, the Orioles had a day off before going out on a 12-game road trip. That gave Robinson a chance to say all the “we’ll take ’em one day at a time” things.

In Milwaukee the Orioles’ pitching staff was pounded for 24 runs in a three-game sweep. By this time they held the record for most losses to start a season. They lost three times in Kansas City, and three more in Minnesota, to fall to an embarrassing 0-21.

On April 29(!) the Orioles finally won their first game of the season, a 9-0 laugher over the White Sox at Comiskey Park. Eddie Murray hit a home run, and Cal Ripken had four hits. Enough was enough.

The 1988 O’s lost 107 games, and every one of them pained Frank Robinson. For the only second time since they moved to Baltimore, the team finished in last place, hopelessly behind the Red Sox. It was only five years since the Orioles had beaten the Phillies to win the World Series, but it seemed like a million years.

ONE VIDEO EVERY ORIOLES FAN WILL LOVE