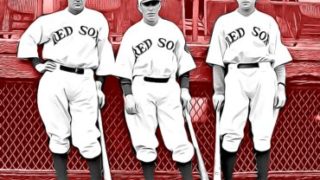 The duel of the century: Feller vs. Newhouser 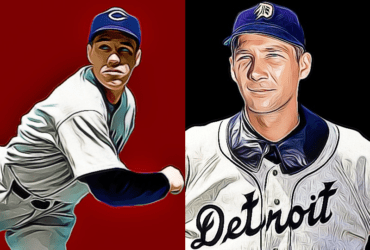 Neither the Cleveland Indians nor the Detroit Tigers had any chance to win the pennant when they met in a late September game in 1946. But a much-anticipated meeting between the league’s two top pitchers drew a large crowd to Cleveland Stadium.

On the mound for the Indians was flamethrowing Bob Feller, with his 25-14 record. He was opposed by Tiger left-hander Hal Newhouser, whose mark stood at 25-8. It was a clash of the titans.

Cleveland owner Bill Veeck dubbed it “the pitching duel of the century,” no doubt intent on filling seats in his mammoth ballpark on the shore of Lake Erie.

As the lid-lifter of a Sunday doubleheader between the second-place Tigers (far back in the rearview mirror of the pennant-winning Red Sox) and the struggling sixth-place Indians, the contest drew far more attention than it might have normally deserved. The Tigers sent their radio announcer Harry Heilmann, the four-time batting champ, to cover the game, bucking their normal practice of piping in the feed from Cleveland’s radio signal. With 38,103 fans in attendance, the afternoon had a World Series atmosphere.

Adding to the drama, Feller was closing in on the all-time “modern” single-season strikeout record of 347, set by Rube Waddell in 1904. “Rapid Robert” entered with 320 notches on his strikeout belt. With three scheduled starts to go in the season, the 27-year old pitcher figured to have a good chance at the mark.

Hurling himself into the spirit of the pitching battle, Cleveland manager Lou Boudreau inserted his first-line regulars back in the Tribe lineup, after having played youngsters in the first two games of the weekend series against the Tigers. That included writing his own name into the shortstop position.

Spurred by a boisterous Cleveland crowd, Feller manhandled the Tigers most of the day. But Detroit scratched across a pair of runs in the fourth, and another in their half of the sixth. None of the scoring plays came on hard-hit balls, as Detroit blooped and dribbled a few base hits past the infield.

Meanwhile, Newhouser, the two-time defending MVP Award winner, was overpowering the Cleveland lineup. It was an afternoon of streaks for “Prince Hal.” He set down the first seven batters he faced before allowing a single. He proceeded to retire the next 13 Indians without incident, before, with two outs in the seventh inning, a batted ball bounced up the middle that Newhouser deflected to short. The throw was late to first and an infield hit was awarded. That was the last hit and last baserunner of the game for the home team. Newhouser set down the last seven batters, three of the last four on strikes. The southpaw had spun a two-hit shutout on just 97 pitches (71 for strikes) and had faced just 29 batters, for a 3-0 gem. He had beaten Feller to win number 26.

The game was covered like a heavyweight title bout in “The Bible of Baseball,” The Sporting News, the following week. Readers were treated to a pitch-by-pitch replay, and a photo of Newhouser surrounded in the Tiger clubhouse after the game by manager Steve O’Neill, and teammates George Castor, Hank Greenberg, George Kell, and Paul Richards, under a headline that read “Bouquets for His Job Against Bob.”

Though the Cleveland faithful had witnessed their strong-armed ace defeated in the great pitching duel, they respected the efforts of the Detroit lefty. When Newhouser stepped to the plate in the eighth inning, he received a standing ovation.

It was the first loss for Feller against Newhouser, having captured three victories in competition with the Tiger hurler in their four previous meetings. Newhouser had even bested Feller at his own game – whiffs. Newhouser had tallied nine strikeouts to Feller’s seven. The pride of Van Meter, Iowa, had logged an incredible 144 pitches in losing a hard-luck game. In his typical competitive fashion, Feller lamented his luck, but offered no alibis.

“The Tigers got eight hits off me,” Feller told the Associated Press. “But four of them were bloopers which fell just over the infield.

“What the heck, they had nothing to lose. We couldn’t get a loud foul off Newhouser.”

Each team agreed to have their two aces meet each other in the season finale, the following Sunday in Detroit. Entering that game, Feller had 343 strikeouts, and needed, depending on the source, either one or four more to break Waddell’s 42-year old record*. Ironically, in the fifth inning, he fanned Newhouser to get #344, and he added four more K’s in his 4-1 victory to finish at 348. It was a new single-season record and Feller had vanquished Newhouser in round two of the “pitching duel of the century.”

Feller was elected to the Baseball Hall of Fame in 1962, his first year of eligibility, while Newhouser waited until 1992 to be enshrined by the Veterans Committee. 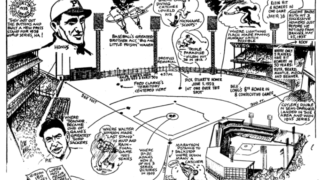 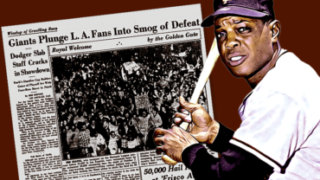