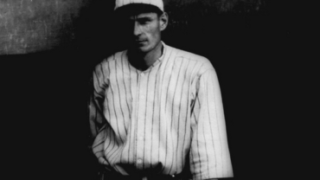 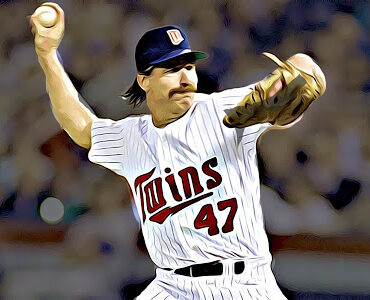 The greatest pitching performance in the World Series ever? Might have been.

Jack Morris, the ace of aces in the 1980s, starter of many big games, the anchor of every staff he’d ever been on, and the author of clutch performances on the mound for much of his career, stepped up for his hometown team and won the Series for the Twins.

Morris stubbornly refused to allow a run to the upstart Atlanta Braves, scattering seven hits in his 10 innings on the hill at the raucous Metrodome in Minneapolis. When his teammates scratched across a run – the only run of the game – in the bottom of the 10th, Morris scampered out of the dugout to celebrate the victory.

Morris traded goose eggs with John Smoltz for eight innings before the young Atlanta righty (once a farmhand in the Detroit organization when Morris was with the Tigers) was relieved. Morris, however was not going to retreat.

“There’s no EXPLETIVE way you’re taking me out of this game,” Morris reportedly snapped at Minnesota manager Tom Kelly as he strolled off the mound after the ninth inning. And Kelly listened to Big Jack.

Morris was in control most of the game, facing his toughest challenge in the 8th when he allowed a leadoff single to Lonnie Smith and a double immediately after that to Terry Pendleton. But Smith inexplicably halted at third base on Pendleton’s hit and failed to score. The Braves speedster would later explain that he lost the ball in the outfield and was unsure where it was en route to the plate.

The gaffe cost Atlanta dearly. With runners at first and second and no one out, Morris knuckled down and coaxed Ron Gant to ground out weakly to first base. He then walked the left-handed hitting David Justice to face Sid Bream. Bream did just what Morris wanted him to do: he bounced a grounder to the infield. First baseman Kent Hrbek fired the ball home to force Smith and the relay by catcher Brian Harper was in time to get Bream at first for the inning-ending double play. Morris roared his approval as he stalked off the mound. The Twins never got on base again.

In the bottom of 10th, Dan Gladden ripped a double off Alejandro Pena to open the frame. Chuck Knoblauch sacrificed him to third, and Atlanta skipper Bobby Cox ordered intentional walks to the next two batters to set up the force at any base.

The strategy may have been sound, but it failed. Pinch-hitter Gene Larkin sent a fly ball over the drawn in outfield and the Twins were World Champions for the second time in five years. Morris finished a perfect 4-0 in the post-season (7-1 overall in post-season play) and earned World Series MVP honors for his legendary performance. 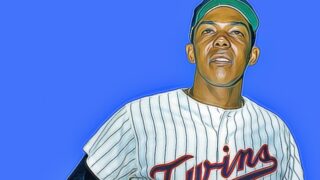