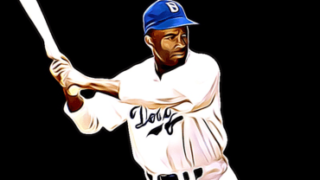 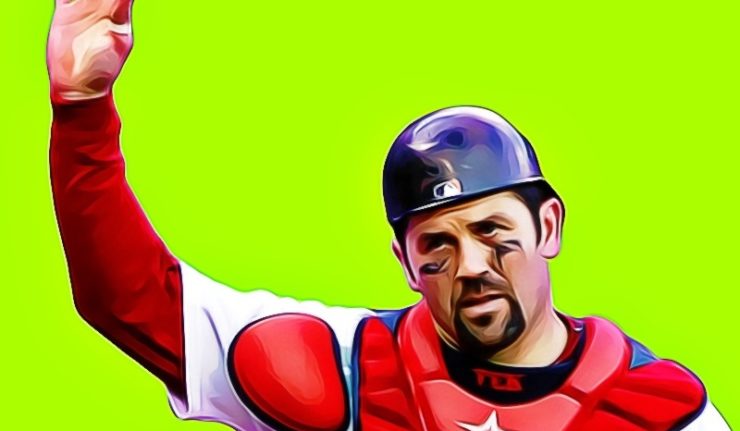 Though he was 240 miles from Fenway Park in Boston, Jason Varitek was wearing his home jersey and getting a home crowd reception on field before a meaningless exhibition at the ’05 Hall of Fame Game in Cooperstown. He was the captain of the reigning World Champion Red Sox and the biggest attraction on the diamond. Everywhere he went Varitek was cheered or coaxed into a photograph.  He did it all with a smile: he loved being a champion and he loved being a member of the Red Sox.

During the 15 years he spent with the Red Sox, the switch-hitting catcher was a Gold Glove winner, three-time All-Star, and two-time World Series champ. His accomplishments as a player and a team leader earn Varitek the title as the greatest catcher in Boston history.

That might be a bit controversial to some. Red Sox Nation reveres Carlton Fisk, who famously begged his fly ball to hit the foul poul to win Game Six of the ’75 World Series at Fenway. The Sox lost that Series, and they lost Fisk too. In a strange front office mishap, Pudge was not offered a contract on time and was declared a free agent in 1980. As a result, Fisk left Boston after 11 seasons and changed his socks to white, playing 13 years for Chicago. He caught more games, won more awards, collected more hits, and belted more homers in the pale hose as opposed to the crimson. He belongs – whether it makes Red Sox Nation grouchy or not – to the Windy City.

There are few other candidates for the title. There was a kid named Rich Gedman, who the Red Sox trotted out behind the plate to try to get the fans to forget Pudge, but Gedman was a mediocre catcher who hit some home runs around the Pesky Pole. There was also Sammy White, an All-Star with the BoSox in the 1950s, but he never lived up to his potential. Tony Pena and Rick Ferrell had brief stops in Boston and were as good defensively as probably anyone ever has been for the Sox, but they didn’t play in the town long enough. If we go waaaaay back we’ll find a fella named Bill Carrigan. His teammates called him “Rough” because that’s just what he was. Carrigan, like Varitek, was a big-legged, large-rumped man who looked like he was cast in iron behind the dish. He was a marvel at cutting down the running game and a master at handling his pitchers. He’s one of the few backstops to be on the receiving end of three no-hitters. Rough didn’t hit a ton – he was a #8 hitter much of the time – but he was indispensable on the Red Sox as they won multiple World Series titles. Sounds a lot like Varitek, doesn’t it? But, even though he was a similar player to Varitek, and even though Rough Carrigan won three World Series titles to Tek’s two, the Deadball Era catcher was not his match. Varitek was his equal with the glove and a much better offensive player. His leadership skills were unmatched for his era – can you think of any other player in the last 20 years who has been more valuable as a leader to his team than Tek?

No, Varitek probably won’t earn a plaque in Cooperstown. His stats don’t compare to contemporaries like Ivan Rodriguez and Jorge Posada. But Varitek was the captain and starting catcher for the Red Sox for a dozen years, and he did put ARod in a headlock! He spent his entire major league career in a Boston uniform and of course he helped win those titles in ’04 and ’07. No other Red Sox catcher ever caught as many games, collected as many hits, hit as many homers, or drove in as many runs for the club.

When the Red Sox held an appreciation day for Varitek after his retirement, teammate Curt Schilling may have summed it up best.

“In my 23 years of professional baseball I never played with or against a more selfless and prepared player than Jason Varitek.”