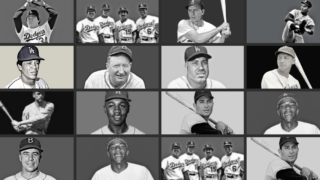 Why are most baseball movies terrible? 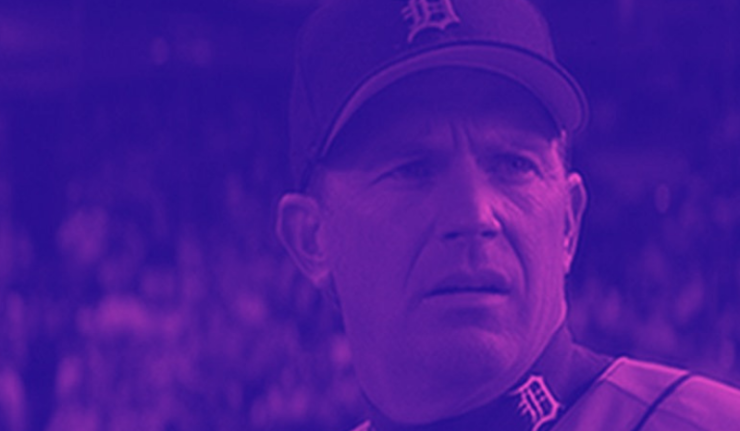 Next April, just in time for opening day of the 2013 season, Warner Bros. will release 42, a movie about how Jackie Robinson broke the color barrier in 1947 with the Brooklyn Dodgers. A look at the trailer prompted me to ponder why it is that so many baseball movies are so bad.

I don’t know if 42 will be another terrible baseball movie, or whether it will join the handful of films about our National Pastime that were very good. That list is short: Field of Dreams, The Bingo Long Traveling All-Stars & Motor Kings, A League of Their Own, and Bull Durham. Quibble if you will, but those four are belong on the Mt. Rushmore of baseball movies.

Moneyball, which starred uber-sex symbol Brad Pitt, earned a best movie nomination in 2011, but I’m sorry, it was fun for insiders and stats geeks, but not very engaging with character development. Who were we supposed to LIKE in that movie?

The trailer of 42 contains a lot of baseball action, which reminds me that one of the worst things we see in bad baseball movies is crappy baseball. Most of the time it’s obvious that the actors aren’t baseball players, and since baseball fans watch A LOT of major league baseball, if the baseball in a movie is poorly executed, it’s very obvious.

Here’s a roster of the worst baseball actors we’ve seen on the big screen:

C:    John Candy as Spike Nolan in Brewster’s Millions
1B:  Gary Cooper as Lou Gehrig in The Pride of the Yankees
2B:  Timothy Busfield as Lou Collins in Little Big League
3B:  Corbin Bernsen as Roger Dorn in Major League
SS:   Matt LeBlanc as Duece Cooper in Ed
LF:  Anthony Perkins as Jimmy Piersall in Fear Strikes Out
CF:  Tommy Lee Jones as Ty Cobb in Cobb
RF:  *John Goodman and William Bendix as Babe Ruth in The Babe and The Babe Ruth Story
P:    Kevin Costner as Billy Chapel in For Love of the Game
P:    Brendan Fraser as Steve Nebraska in The Scout
MGR: Philip Seymour Hoffman as Art Howe in Moneyball

And that doesn’t even include Gary Busey (yes, Gary Effin Busey) as a former pitching great in 1993’s Rookie of the Year. Yikes.

But as bad as the baseball playing is in most baseball movies, most films fail because they try to add drama to the story that is unbelievable or absolutely fabricated. Now that I think about it, that’s why most movies suck, but still. Baseball movies seem to be champions at adding unbelievable scenarios. In The Babe Ruth Story, which was so bad that you must watch it just to see how terrible Bendix was as an athlete, the script adds a scenes where a deadly ill child asks the Babe for a home run. The kid looks so miserable that you want to yank the cord out of the wall just to bring him some peace. Bendix hits the homer, of course, and then in a shot as smaltzy as you’ll ever see, rounds the bases as the child’s mother weeps in the stands.

Movies based on true stories are often the worst. Eight Men Out, The Babe, and The Jackie Robinson Story get the facts wrong so often that you wonder if the producers even read anything about their subjects. In Cobb, the flashback baseball scenes depict the title character (Jones is otherwise a wonderful actor, but here he looks out of place at the age of 50+ playing a ballplayer who was supposed to be in his prime) stalking the bases like a mad man, leaping into opposing players to inflict spike wounds and soaking in the jeers from the crowd as if it was his lifeblood. It’s drama, fiction, and smaltz all wrapped into one fat ballpark frank.

One of the other reasons many baseball movies fail is that they do not understand that baseball is a game that demands dedication, patience, and perseverance. It’s a game that starts in the spring and ends in the fall, that’s a marathon, not a sprint. That’s not always suitable for squeezing into a 90-minute film. Many crappy baseball movies – out of necessity – focus on a single player and a relationship with one other person, but often the characters are flat and (as I’ve addressed) unbelievable.

When baseball movies succeed, they embrace the communal element of the game. Think the conferences at the mound in Bull Durham, the bus rides in Bingo Long and A League of Their Own, and the cross-generational father/son theme of Field of Dreams. In these movies, baseball is celebrated as something larger than just an individual, as an experience that transcends sport and religion (in Bull Durham a character says, “the only church that truly feeds the soul, day in, day out, is the Church of Baseball.the Church of Baseball.”)

When a movie does that, whether the subject is baseball, billiards, or backgammon, it succeeds.

*Promise me that the first movies you rent after reading this article are The Babe starring John Goodman and The Babe Ruth Story starring William Bendix. These two actors, otherwise very talented, are absolutely dreadfully cast as Babe Ruth. Neither is in anywhere near good enough shape to swing a bat for the purpose of hitting a baseball. By comparison, Goodman makes Bendix look like a Little Leaguer, which says a lot for how pathetic Bendix was as a ballplayer. 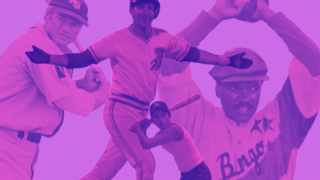 Joe,
I can’t wait to see your take on our movie when it comes out! Fritz