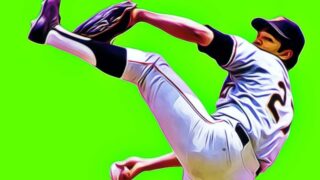 How close did Bill Clinton come to ending the baseball strike in 1995?

The 1994-95 strike was the longest labor stoppage in baseball history, the longest in sports history up to that time, and a black eye on the National Pastime. But even after the World Series was cancelled for the first time in nine decades, the strike was nearly halted the following February when Bill Clinton got involved in the dispute in rare action by a President.

At the center of the strike were three issues that deeply divided the players and the owners:

The 1994 season began without a new agreement in place and the owners quickly instituted a new agreement favorable to their positions. The players indicated that they would not accept the changes, such as the elimination of salary arbitration, the reduction of free agency eligibility from six to four years, and others. In July the MLB Players Association made it clear that unless the owners would bargain on a new agreement and abandon their insistence on a salary cap, they would walk off the job in August.

On August 12 the players went on strike, the two sides had little serious conversation for weeks. On September 8 the players made a last-ditch offer, which the owners rejected. On September 14, “interim” commissioner Bud Selig, still the principal owner of the Brewers, canceled the remainder of the season. For the first time since 1904, the World Series would not be played. No champion would be crowned in baseball in 1994.

How close did Clinton come? According to reports from those in the meeting, the President never got very close. The two sides agreed to keep salary arbitration and not change free agency, but the sticking point was how to divvy the profits from the game. The players wanted more money from gate receipts to go to smaller-market teams, the owners wanted a salary cap. Clinton recommended a cap and a tax on salaries for teams that exceeded the cap. The players were strident in their position to oppose anything that could keep salaries low. They were sure owners were not being honest about the financial condition of their teams.

Eventually, a federal judge named Sonia Sotomayor (a future Supreme Court Justice) issued an injunction against the owners, upholding the MLBPA’s claim that the owners had used unfair labor practices by unilaterally implementing a salary cap and eliminating salary arbitration.

Clinton did not succeed in ending the 1994-95 baseball strike, but federal involvement in the dispute helped create the momentum that halted it. The bad sentiment created by the strike has led both players and owners to tread lightly when disputes arise. No labor stoppage has occurred in baseball since.