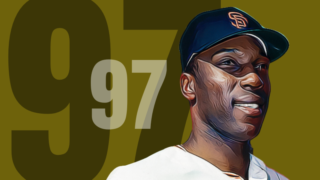 Did the baseball writers think they were getting another chance to vote for RAINES?

The election of Harold Baines has, in my opinion, lowered the bar of excellence for the Baseball Hall of Fame. Reliever Lee Smith was also elected tonight, and I don’t have a problem with that. I’ll write more about him in a separate article. But this decision by a committee of 16 people judging “Today’s Game” to select Baines is troubling.

I recently wrote that Baines possibly missed out on 3,000 hits because of two work stoppages during his career. It’s a tenuous argument. There’s no way to know for sure if Baines would have reached the magic milestone had there not been strikes in 1981 and 1994/95. I think he would have been close, and close means some team (probably the White Sox) would have given him the playing time to reach 3K.

But, Harold didn’t get there, he ended with 2,866 hits. That’s a great accomplishment, but not extraordinary. Babe Ruth had more than 2,800 hits, but his hit total isn’t what got the Bambino a plaque. Omar Vizquel has more hits than Baines, but he could flash the leather.

I’m a strong advocate for following the rules for election to the Hall of Fame. These are the exact words in the rules of eligibility and election guidelines:

I’ve written thousands of words about the Baseball Hall of Fame, and I’ve frequently found myself alone out on a limb supporting (or not supporting) candidates because of those words above. A player should NOT be evaluated solely on his statistical record. So, where does this leave Baines? Let’s look at the criteria.

Player’s Record: We covered this above, Baines never led the league in a major (or minor category) other than the one time leading in slugging. He ranks 46th all-time in career hits, he ranks 34th all-time in RBI, and he’s 43rd in total bases. However, that’s in part because of opportunity: Baines ranks 20th in games played, and only 36 players in history went to the plate more than he did. In career OPS+, Baines ranks 340th. His best argument are those 2,866 hits.

Playing Ability: When Baines came up as a 21-year old rookie in 1980, his swing was compared to some of the greatest lefthanded hitters in history. It remained a thing of beauty throughout his career. Baines was a fantastic hitter, he hit .295 or higher eleven times, he did not strike out much for a power hitter. But he was a terribly slow runner, maybe the slowest of his era. Baines was a below average right fielder, though early in his career he had an above average arm. He was such a bad outfielder that the White Sox made him a designated hitter when he was 28 years old. After the age of 28, Baines played fewer than 100 games in the field over his last 14 years in baseball. Baines was a full-time DH for two-thirds of his career. He was never the best DH in the league, other than maybe one season.

Narrowing it down, because this category is important in my view, Baines had one obvious strength: he was a very good hitter. He was also durable, he had 14 seasons of 135 games or more. But he was a DH in eight of those seasons. Lastly, Baines was slow and a bad defensive player. I don’t think many people looked at Baines and thought he was a Hall of Fame player.

The facts point to Baines as a “compiler”, a good hitter who played a long time and accumulated hits and RBIs. We rank him in the bottom 50 of the 100 greatest right fielders of all-time. He ranks behind Raúl Mondesí and Hunter Pence, and well behind Paul O-Neill. Does that make him a Hall of Famer?

Integrity: High marks here for Harold. He played much of his career during the steroid era, but there have never been allegations or rumors of Baines using performance-enhancing drugs. He was a good baseball citizen, never got in trouble. He’s one of the most popular players in the history of the White Sox, and a case could be made that he’s the most popular.

Sportsmanship: Baines was well respected throughout his career. He was shy, quiet, and according to some, a littler aloof, but so was Eddie Murray. Baines played for five different teams and I can’t find an instance of a teammate who ever said a bad thing about him.

Character: I honestly think whoever wrote the rules for HOF election just liked the sound of “sportsmanship” and “integrity” adjacent to each other in a list. Redundancy in copywriting.

Contributions to the team(s) he played on: Baines played in one World Series, in 1990 for the A’s, a team for whom he played only 32 games after being traded to them at the deadline. He helped the 1983 White Sox win a division title, and he was the starting DH for the A’s in 1992 when they won a division title. Otherwise, Baines was sought-after as pennant insurance, but never played regularly for any other teams that finished in first place. He was a respected “bat-for-hire” who changed uniforms several times late in the season.

Baines does not meet the criteria for the Hall of Fame

Should a designated hitter who never led the league in any statistical category (other than slugging once when he was 25 years old), should that player get a plaque in Cooperstown? I think it’s a mistake. I suspect baseball writers do too.

In five years on the Baseball Writers ballot, Baines never got more than 33 votes. Not 33 percent, 33 votes. How is it that Baines even found his way onto the Today’s Game ballot? I understand we want a second chance for some players, but the writers never took Baines seriously as a Hall of Fame candidate. He dropped off the ballot in his fifth year. When he was active the writers never took much notice of Baines either: his highest finish in MVP voting was ninth in 1985.

According to Wins Above Replacement (WAR), Baines had a career total of 38.7 in 22 seasons. That total ranks him 144th among the 158 position players in the Hall of Fame. It ranks below Earle Combs, Hack Wilson, and Kiki Cuyler, three men largely regarded as some of the weakest outfielders in the Hall. His total rates below Phil Rizzuto and light-hitting shortstop Rabbit Maranville, and it’s barely above the total of George Kell, who many consider one of the weakest Hall of Fame inductees. It’s ten less than Jim Rice, who was a controversial inductee a few years back, but was far more deserving than Baines. Rice was a feared slugger for about 7-8 years, he won an MVP, had more than 400 total bases in a season, drove in 100 runs eight times and won three home run titles. Still, there were some critics who felt Rice didn’t do enough (I don’t agree with them, but). Baines was never the player Rice was, never did any of the things he did.

Put another way: who would you have rather had, Dwight Evans or Harold Baines? No good baseball man would have traded Evans for Baines. No one would have traded Dale Murphy or Jack Clark for Baines, or Dave Parker for Harold Baines. Those players, all four of them, had better careers and did more things to help their teams win than Harold. Yet none of those four are in the Hall.

I suspect there’s a sneaky reason Harold Baines is now a member of the Baseball Hall of Fame. I suspect, though I have no proof, that White Sox owner Jerry Reinsdorf had strong influence on this process. Reinsdorf was in that room when the vote was taken as was former White Sox manager Tony LaRussa. For that reason, this selection makes more sense. Baines played 13 seasons for Reinsdorf. Baines was personally scouted by Bill Veeck, the man who helped Reinsdorf get into the owner’s seat in Chicago. This wouldn’t be the first time “insider trading” has led to a funky selection. But the fact that it’s happening now, when they should know better, is a shame.

Let me step back briefly and say this: Baines was a very good hitter who had a long career. He was well-liked, he stayed pretty healthy, he had a beautiful swing. He found himself on a few winning teams because those teams wanted his lefthanded bat down the stretch. But Baines was not a transcendent player. Not ever. He fails on the career value and the peak value.

The Hall of Fame now includes Baines, an outfielder so unremarkable he was made a DH when he was 28. A guy who ran many doubles into singles. A man who drove in 100 runs only three times despite being known as an “RBI-guy.”