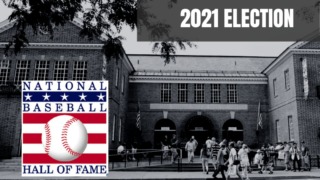 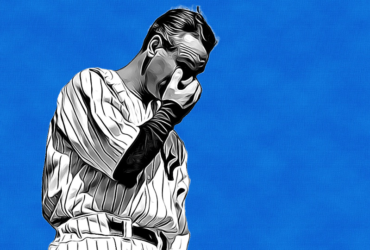 On May 2, 1939, Lou Gehrig knocked on the door of his manager’s hotel room in Detroit and asked to come in. He subsequently informed Joe McCarthy that he would not be playing in that afternoon’s game against the Tigers. The Yankee hero was benching himself and halting his record consecutive games played streak at 2,130.

Gehrig was in a slump when he had his conversation with McCarthy, but a few weeks later after an examination by doctors at the Mayo Clinic, he was diagnosed with amyotrophic lateral sclerosis, a progressive nervous system disease that affects nerve cells in the brain and spinal cord, causing loss of muscle control. As it is today, in 1939 the disease was a death sentence. The 36-year old Gehrig never played again.

In 1940, for the first time in a decade-and-a-half, the Yankees entered the season with someone other than Lou Gehrig at first base. The man they turned to as a replacement for their fallen star was ironically, named “Babe” (Mr. Ellsworth Dahlgren).

No one expected Babe Dahlgren to be Lou Gehrig, and of course he wasn’t, but hopes were still high that the team would win an unprecedented fifth straight championship. Instead, the Yankees staggered through the first four months of the season. There were obvious reasons why the Yankees were in fourth place on August 1st, but not everyone wanted to rely on common sense.

Jimmy Powers was a sports writer for the New York Daily News and he placed his name on an article that summer which challenged the understanding of medicine. The article, published on August 18, 1940, ran under the headline “Has ‘Polio’ Hit the Yankees?”

Here’s an excerpt I wish I didn’t have to share:

Has the mysterious ‘polio’ germ which felled Lou Gehrig also struck his former teammates, turning a once great team into a floundering non-contender? According to overwhelming opinion of the medical profession, poliomyelitis, similar to infantile paralysis, is communicable. The Yanks were exposed to it at its most acute stage. They played ball with the afflicted Gehrig, dressed and undressed in the locker room with him, traveled, played cards and ate with him. Isn’t it possible some of them also became infected?”

Powers didn’t let facts get in the way of his story. Gehrig wasn’t suffering from polio. He had amyotrophic lateral sclerosis, a disease that attacked his body and ended his career in May of 1939. It was a rare disease, extremely deadly (but not communicable).

Predictably, the Gehrig family and the Yankees were not happy with young Mr. Powers and his newspaper. Gehrig’s last public appearance had occurred on July 4, 1939, more than a year earlier, when the slugger gave a tearful farewell speech at Yankee Stadium. He even accepted a bear hug from Babe Ruth. Lou and his family didn’t need any black marks hanging over his legacy as he fought to stay alive.

“Lou is too fine a gentleman to have his name soiled by this,” former teammate and Yankee catcher Bill Dickey told a reporter (apparently from another New York rag).

Manager Joe McCarthy, in his tenth year as skipper of the Yanks in 1940, was beside himself with anger over the story. He dismissed the claim immediately and loudly, and promised the Yankees were “healthy and strong.”

To his credit, Gehrig “lawyered up” and sued the Daily News for $1 million. Shortly after that, ten of his former teammates joined to sue the same newspaper for more than $2 million. The battle lines were drawn, even as the Yankees were trying to climb the standings and capture another flag.

The Yankees front office was slow to respond to the dreadful accusation against the ill Gehrig. Their owner, Jacob Ruppert had passed away four months before Gehrig’s last game, after a long illness that kept him shuttered in his home. During the 1938 season, Ruppert had followed his beloved team by listening to games on the radio, unable to go to Yankee Stadium.

With the Yankees essentially in limbo after Ruppert’s death in January of 1939, the 1940 season was played with a dark cloud hovering above the team. Not only had they lost their owner, but the Yankees were without Gehrig, their captain, their cleanup batter, and the heart of the team. The Powers accusation made it even more difficult to grind through the season.

Eventually after Powers published more articles with claims that “polio” was responsible for the Yankees struggles, the Yankees hired attorneys who began the paperwork harassment that can often occur under such circumstances. The Daily News realized they were on shaky ground.

Faced with losing his job and costing his employer piles of money, Powers issued an apology, though it took nearly two months. Gehrig dropped his lawsuit. He died the following July at the age of 37. Powers remained with the Daily News until the late 1950s, until he transitioned into a career as a boxing promoter. He died at the age of 92 in 1995, apparently after gaining an understanding of what Lou Gehrig’s Disease really was. 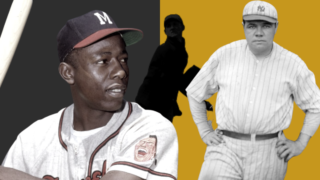 It just goes to show, assholes have existed in the press forever. Jimmy Powers may not have been the first, but will certainly not be the last, to disparage a true American hero. 37 years later, the poisonous little journalist Dick Young joined forces with the equally mean-spirited, miserly bigot M. Donald Grant to drive another New York legend, Tom Seaver, out of town.
No surprise to find that vapid, simple-minded journalists such as Powers and Young lasted so long. Peddlers of rumors and lies will outlast even the cockroaches.

Adam, I found this article to be very interesting and was not aware of the attack on Lou Gehrig and the Yankees. I share your thoughts on irresponsible journalists and their employers. It is even more prevalent today with the explosion of electronic sites. Fortunately we as fans have more ready access to information and it behooves us to do our homework before we buy into these slanderous attacks on athletes.

I think Grant regretted his treatment of Seaver immediately.