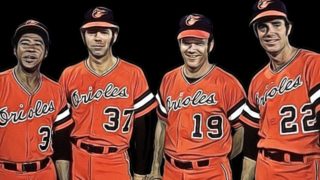 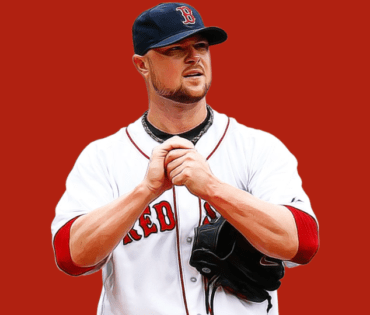 Save for an 11-start dalliance with Oakland, Jon Lester has spent his major league baseball career pitching for two iconic franchises. He is the only man alive to be in uniform for the Red Sox and Cubs when they won a World Series.

Jon Lester is beloved by two passionate, expansive armies of baseball fans because of his credentials as a big game pitcher. His first moments in the spotlight came in the 2007 postseason when he won Game Four of the World Series. He was a 23-year old southpaw with nerves of steel, the anointed successor to Curt Schilling as ace of the Boston staff.

But 2021 will be Lester’s 16th big league season, and he’s 37 years old now. He’s in a strange uniform: that of the Nationals, his fourth team in a career that’s been punctuated by a championship every 5-6 years. It would be tempting to say Lester is at a crossroads, but that’s too optimistic. It feels more like a dead end.

The Cubs jettisoned Lester after six seasons and 80 wins, and after his contract expired following the pandemic-shortened 2020 campaign. The Cubs certainly could have resigned Lester, but the writing was on the wall, and when Lester walked off the mound during his final start last September, everyone knew it was probably his last time tossing a pitch wearing a Cubs uniform. There was even speculation that Lester might retire, but the Nationals offered a one-year contract to lure the lefty back to the bump, giving him another chance to add to his legacy.

Lester has 193 victories and more than 2,300 strikeouts to his credit. He’s won nine games in the postseason, and his record in the Fall Classic is 4-1 with a 1.77 ERA. How great has his World Series performance been? Lester ranks in elite company among southpaws in the Fall Classic.

Lester was a key factory every time his team won the Fall Classic, and an important figure for nine teams that went to the postseason.

It wasn’t only in the World Series where Lester was dominant. He posted a 2.51 ERA in 154 innings and 22 starts. Twelve times he started Game One of a postseason series, and he famously pitched out of the bullpen in the epic Game Seven of the 2016 World Series, allowing one run in three innings.

Lester’s regular season numbers rank among the best in his generation. In the Wild Card Era (since 1995), Lester’s 193 wins rate 14th, and of the 10 pitchers in front of him on that list who have been eligible for the Hall of Fame, six have been elected.

Wins are influenced by team success, but even by ERA+ (Earned Run Average compared to his league and adjusted by team and ballpark context), Lester rates among the elite pitchers of the last 25 years.

Only six pitchers: Lester, Kershaw, Scherzer, Verlander, Greinke, and Hudson have won at least 175 games and also posted an ERA+ of at least 118. Four of those pitchers seem certain to hoist a Hall of Fame trophy some day: Kershaw, Verlander, Greinke, and Scherzer. In 2021, Hudson was on the HOF ballot for the first time and received enough support to stick on the ballot (though barely). Hudson’s case may tell us a lot about Lester’s Hall chances. But of course, Hudson was not a great postseason pitcher like Lester, and he was pummeled in two World Series stars to the tune of a 6.14 ERA.

Lester may win his 200th game in 2021, and he may also collect his 2,500th career strikeout. Should he accomplish that, he will become just the fourth pitcher in the Wild Card Era to do that, joining Zack Greinke, CC Sabathia, and Justin Verlander. One can argue that Lester, as a multi-World Champion and seminal October hero, would have a great argument for Cooperstown. According to our rankings here on Baseball Egg, Lester rates among the Top 100 Pitchers of All-Time.

Should Lester pitch beyond 2021, he could possibly join Colon, Sabathia, Hudson, and Verlander as the only pitchers of this era to win 220 games. Wins are ridiculed by the new age statheads, but fact remains that 200+ wins indicates a pitcher who has been good enough to pitch a long time and give his team a chance to compete.

But will Lester want to pitch beyond his one-year deal with Washington? If we take his own words into consideration, he may be ready to exit the game.

“I don’t know, man. I mean, I think right now we’ll just play out this year,” Lester told CBS Sports this February. “I do know that I need to be a dad and a husband and let my kids do the stuff I got to do as [a kid]. If this is it, I don’t know. I think that will be a decision for the end of the year and kind of sit down and decide.”

Hall of Fame or not, Jon Lester will be remembered as a big game pitcher, as a man who had trouble throwing the ball to first base, and as an iconic October baseball folk hero to fans of the Cubs and Red Sox.