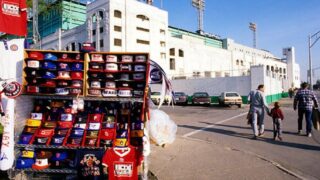 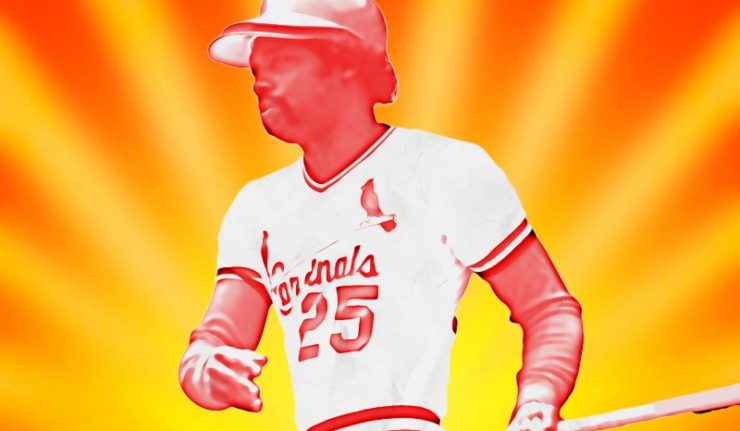 The late 1960s and early 1970s saw a cultural shift in America, when black athletes emerged from their silent years of obedience. A lot of people didn’t like it.

George Hendrick was an outfielder for Cleveland in 1974 when he suffered a leg injury. He told the team he needed to rest it. The team said a few days was fine. Hendrick said it still hurt. The team said he could play on it. Hendrick played but the leg still bothered him, and in one game he twice grounded out but ran gingerly down the line. Indians manager Ken Aspromonte erupted and took his frustrations with his right fielder to the media.

“Hendrick won’t start another game for me until he comes to me and apologizes for not giving 100 percent,” Aspromonte told a gathering of reporters. Hendrick didn’t respond, choosing to ignore “the slave master.”

George Hendrick didn’t much care what people thought. He was going to do things his way. That included his relationships with his manager, the delicate dance with reporters, and even the way he wore his uniform.

In the TV show “Lost,” there was a character named John Locke, a troubled man who was curious about everything and had grand dreams of being something bigger than he was. Many things had gone terribly wrong in his life, and he didn’t like authority, because to Locke, the world had done him wrong. At various key moments in the epic show, when he met a roadblock, John would say “Don’t tell me what I can’t do!”

In the groovy 1970s, after years of being told what he could and couldn’t do, Hendrick decided to do something obviously disobedient. He didn’t stand in the clubhouse and yell at the manager who didn’t believe he was injured. He didn’t walk into a scrum of baseball reporters and bark out quotes to fill their notebooks. No, Hendrick decided to pull his pants down.

For decades, baseball fashion was governed by tradition. Sure, there were occasional innovations.

The Brooklyn Dodgers even wore satin uniforms for a game or two.

But for the most part the fundamentals remained in place: caps, jerseys, pants, and socks.

For eons, baseball players wore knickers, dating back to the 19th century, when fellas played the game in between shooting at each other during the Civil War. Knickers, or short pants that came down to just below the knee, were the de facto uniform. Socks changed: they were solid, they were striped, they were wool, they had toxic dye in them that may have nearly led to a few amputations. They were one sock, and later most teams switched to a sanitary wore under a colorful stirrup.

But mainly, and this important: socks were seen.

In 1977, when he was a member of the Padres, Hendrick decided he didn’t want people to see his socks. So he pulled his pants down to his ankles. It wasn’t an earth-shaking thing, but it got attention around the National League, where George was still a stranger to most people.

But we’re getting ahead of ourselves. Let’s return to the Cleveland days, when Hendrick was in a feud with his own manager.

After the Indians refused to believe he was injured, and the media dutifully took management’s side, Hendrick shut his mouth, put a sign over his locker that said simply “NO INTERVIEWS,” and clammed up. He became “Silent George.”

After several days riding the bench, finally Aspromonte relented and started Hendrick, who at that time was a center fielder and one of the best hitters on the team. A few more weeks passed, and Hendrick eventually spoke to the press, but for only one reason: he wanted to be traded.

“I hope I’m not playing in Cleveland next year,” Hendrick said, “but I don’t want to talk to that man again.”

Today with modern sports medicine we know almost everything there is to know about an athlete’s health. Is his leg bruised? Does he have a tender groin? How’s that sore shoulder? But back in the 1970s teams relied on a trusted team trainer whose loyalty was to the front office. A player was being paid to be in the lineup. A player who said he was injured when the trainer and management thought he was healthy, wasn’t a team player. If he was black, he was lazy. If he spoke up about it, he was uppity.

The Indians didn’t trade Silent George, they fired Aspromonte. The following year they brought in Frank Robinson, the first black man to manage in the majors. Robinson didn’t give a damn if Hendrick spoke to the media, and he sure as hell didn’t care if Hendrick talked to him. He put Hendrick in the lineup and left him alone. George hit 49 home runs over the next two seasons and made the All-Star team for the second time. His reputation restored, Hendrick was traded to San Diego at the 1976 winter meetings for three players. The Los Angeles native went from the Rust Belt to Sunny SoCal.

At some point in 1977, Hendrick asked the clubhouse guy, or whomever was responsible for his uniform, to lengthen the legs. Per baseball rules, George still had to wear stirrups, but he didn’t want to hike his pants up. The photo here shows Hendrick sliding into third base. His uniform pants are down, covering nearly his entire stirrup, and the top of the stirrups are completely hidden. In the background, we see his teammates in the bullpen, and you can see they have the tops of their stirrups showing and their pants traditionally high.

Don’t tell me what I can’t do!

Hendrick went on to play for the Cardinals, where he sustained his success, and his pants stayed down. Here are Silent’ George’s OPS+ numbers for the years 1976-1983:

This guy wasn’t simply a runway model, he could rake. Hendrick hit 267 career home runs and had nearly 2,000 hits, which is why he rates among the 100 greatest right fielders of all-time.

As part of one of the most interesting outfields of that era, Hendrick played right field for the Cardinals in 1982 next to “E.T.” Willie McGee in center, and Lonnie “Skates” Smith in left field. They won the 1982 World Series, and in Game Seven, George had two hits and made a crucial play from right field when his throw gunned down Robin Yount on the bases.

By the time Hendrick was a World Series champion, there were several players in the majors who were copying his “pants on the ground” style. By the late 1990s, pants were being tailored looser and bloused down over the top of the cleats. Some teams eventually discarded stirrups, ending years of unnecessary footwear. It all started with the defiance of George Hendrick.

George’s last official statement to the press came early in his tenure with the Cardinals: “When I have something to say, I say it. My policy is to let you writers write whatever you want and just deal with it. It’s worked out alright.”

Hendrick was different, he was proud, and at times he was moody. As we’ve learned, he was a baseball anarchist too. But with all that, George Hendrick was also a very good baseball player.

I’ve been a live long Cardinals fan. Enjoyed Silent George’s time with our team. Will always be a fan favorite. He let his bat do the talking! I never knew the story about his long pants. He was a trend setter and none of us knew it at the time! Thanks for the great article!!

George revealed a glimpse of his fun personality on a hot mic at first base – describing his own “blinding speed” on the bases during his Cardinal days.

Willie McGee is one of the most humble players the game has ever had and one of the reasons he is an all time favorite with St Louis fans. The insulting “nickname” included in this piece came out of the foul mouth of Howard Cosell. The slur was not used by the St Louis baseball community. Would Dan Holmes want to be called E.T. in reference to his physical appearance? Ouch.
No one would!
I hope he will consider removing the name in this article or replace it with MVP. We called him “MVP McGee.” We truly loved our Willie McGee … and still do. ❤️