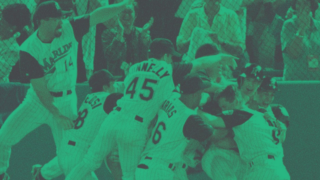 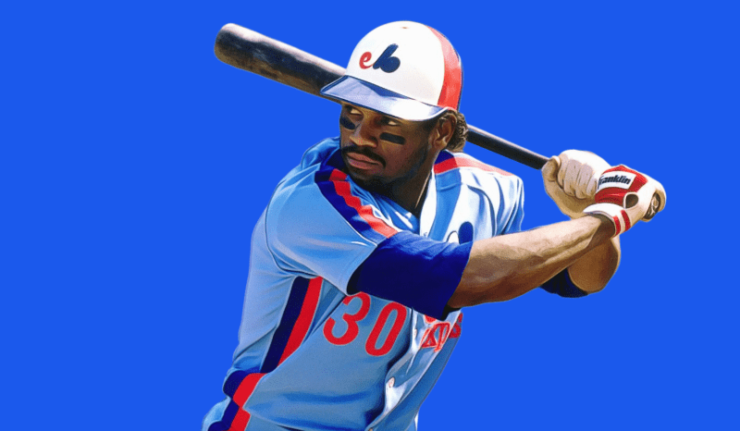 “I don’t see how [Rickey] Henderson could do anything more for a team than Tim does.” — teammate Tim Wallach

What are the chances that the two greatest leadoff hitters in history would debut in the same season, eleven weeks apart?

Probably the same as two of the greatest center fielders to ever play the game making their debut six weeks apart in 1951 (Mickey Mantle and Willie Mays), or two of the five greatest third basemen being drafted with successive picks in the same draft (Mike Schmidt, George Brett). These clusters happen sometimes.

Elite Players Who Debuted in the Same Season

Among the 100 greatest players of all-time, only five times have two of them debuted in the same season (two players who played the same position).

Four outfielders who rank among the top 100 players of all-time debuted between 1976 and 1985: Andre Dawson, Rickey Henderson, Tim Raines, and Tony Gwynn. Two of them were left fielders, two of them were right fielders (though Dawson played several years in center). Raines and Dawson were teammates for many years, Henderson and Gwynn played together briefly. All four were fast and could hit for power if needed, Gwynn the least of all.

This concentration of talent at one position is not special. Take any other ten-year stretch, any at all, and you’ll find similar results most of the time. From 1905 to 1914, five outfielders debuted who would rank in the top 100: Ty Cobb, Tris Speaker, Joe Jackson, Harry Heilmann, and Babe Ruth. The best stretch for outfielders was post-WWII, from 1947 to 1956 when eight greats debuted: chronologically Duke Snider, Minnie Minoso, Willie Mays, Mickey Mantle, Al Kaline, Hank Aaron, Roberto Clemente, and Frank Robinson. The weakest stretch came in the mid-1960s to the mid-1970s when only one top 100 outfielder made his major league debut: Reggie Jackson. Thus far in the twenty-first century we have two: Ichiro Suzuki and Mike Trout. It’s possible Mookie Betts, Giancarlo Stanton, or Cristian Yelich could join.

Raines lost 142 games due to labor stoppages and other factors outside his control, probably the biggest impact on any player from that era. In 1981 he was having a fantastic rookie season when the game halted for two months for a strike, in 1987 he was coming off his best season when team owners decided not to sign free agents, causing him to miss a month. In 1994-95, Raines was still playing good ball for the White Sox when 67 games were wiped off the schedule due to the strike. All those missed games probably cost Raines 100 runs, 150 hits, 50 stolen bases, and far more than the 20 RBIs he needed to get to 1,000 for his career.

Without that missed time, which came in seasons when Raines was performing well, he may have even greater numbers. Still, he is one of the finest players to ever wear the uniform of the Montreal Expos, and may be the greatest of them all.