A Discussion about Bobby Grich and the Hall of Fame

Bobby Doerr wasn’t elected to the Baseball Hall of Fame until he was an old man. Joe Gordon was pushing up daisies by the time he was finally inducted into the Hall of Fame. Lou Whitaker may never get his honor in Cooperstown. The Veterans Committee should do their homework and put Bobby Grich’s name where it belongs: among the greatest second basemen in history. Do it while he’s alive, it’ll make for a better speech.

1973: The Greatest Defensive Season ever by a Second Baseman

In 1973, his first season as a full-time player in the majors, Grich had one of the greatest seasons ever by a second baseman with the glove. That year, he played every game, led all of baseball in fielding percentage by a second baseman (.995, the best mark in baseball history), assists (509), and putouts (431). He also turned 130 double plays behind a pitching staff that allowed fewer runners than any other team. Grich did all of that while committing only five errors. That season he was 24 years old and won his first Gold Glove.

In Baltimore, Grich and shortstop Mark Belanger were the best fielding double play duo the game of baseball has ever seen. How so? According to research by Neil Paine, using Fielding Runs Above Average, the duo of Grich/Belanger was worth more than 40 runs to the Orioles each year from 1973 to 1976. That’s (by far) the most runs saved by a DP combo per season in history.

In 1976, when Grich left the Orioles to sign with Angels, Earl Weaver was sorry to see him go. “In my opinion, Bobby Grich is as good as any and probably the best ballplayer in the American League.”

As he transitioned to the Angels, Grich was coming off his fourth straight Gold Glove, and he’d averaged 15 homers and 98 walks the previous four seasons. In the mid-1970s, those were unheard of numbers for a middle infielder who could pick it.

Grich was no slouch with the lumber, though his numbers don’t look like anything modern fans are accustomed to from swing-from-the-heels middle infielders. In 1973 he hit 12 home runs and had an OPS+ of 116, meaning he was 16 percent better as an offensive player than the average hitter in his league. The next season he was even better, hitting 19 homers and posting 251 total bases. That doesn’t seem like much now, but between 1945 and 1980, only five second basemen in baseball had as many as two seasons with 250 total bases, and Grich was one of them.

Grich hit 30 homers for the Angels when he was 30 years old, won a share of the home run title when he was 32, and kept playing superb defense. He was a great player, but unappreciated. With the glove he was essentially a shortstop playing on the other side of the bag.

The problem he faces are his relatively low career numbers: only 1,833 hits and fewer than 900 runs batted in. When compared with candidates like Jeff Kent, Grich appears to pale in comparison, even though he hit 224 home runs, one of the top figures by a second baseman.

But a close look at the relative value of Kent and Grich reveals the true story.

Maybe you think Jeff Kent belongs in the Hall of Fame. That’s a reasonable belief that can be defended by argument and evidence. But if you think that, you should also support Bobby Grich.

Because he played in an era when it was far more difficult to score runs, Grich’s offensive contributions were more valuable than Kent’s. He also played in ballparks that were more difficult to hit in. As a result, Bobby’s career OPS+ is higher by two points than that of Kent, who hit 153 more home runs and gets the edge in raw counting stats.

Grich was a far, far superior defender than Kent, who was a cement-footed, stone-handed infielder. It basically comes down to this: Kent produced a marginal one to two more runs than Grich each 162 games. But Grich saved a little more than 10 more runs every 162 games with his glove.

Both Kent and Grich were All-Star players and they each had several fine years. But if you were building a championship team, Grich was the better choice at second base.

There seems to be a groundswell of support for Sweet Lou Whitaker, seeing as how his double play partner Alan Trammell has been elected to the Hall. Whitaker has the counting numbers that Grich doesn’t have: more than 2,000 hits, and more than 1,000 RBI, runs, and walks. He was a great defender, and he batted leadoff for a world championship team. I think within a few years, Whitaker will get his plaque, thanks in part to the efforts of the analytics crowd.

But Grich has no such gathering of support. He played a long time ago, and he wasn’t flashy and didn’t have a longtime double play partner. While John Thorn of MLB and a few others have come out in favor of his election, Grich is not a sexy candidate.

However, much of the same could be said of Ted Simmons, who was elected by the veterans committee and inducted in 2020.

Still, it’s a long road for Grich, because many will see Whitaker as the token analytics candidate at the position, and a more deserving one. While we have Grich rated 8th all-time at his position, he could be destined to stay within the group of vastly underrated players.

Dan is the author of three books on baseball. He previously worked at the National Baseball Hall of Fame and for Major League Baseball. He writes for several websites from his home near Lake Michigan.
All Posts 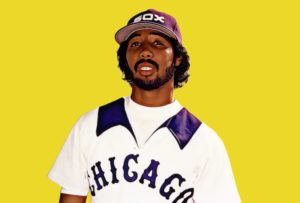