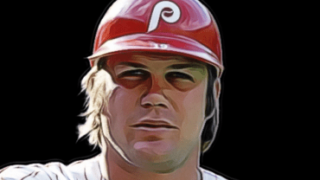 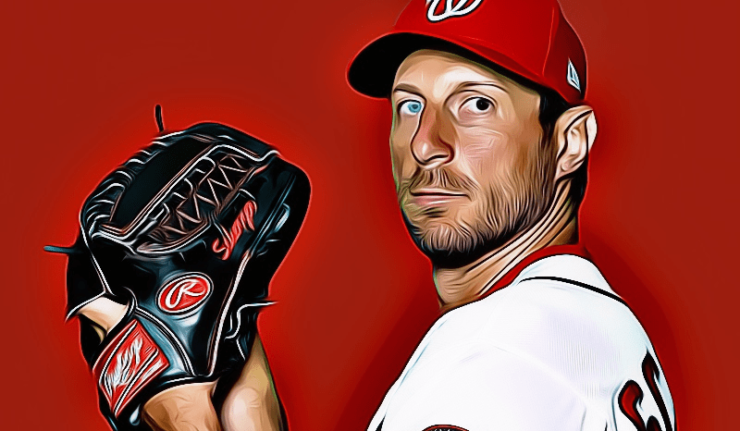 Once, when Max Scherzer was pitching in college for the University of Missouri, a teammate asked him during a game why he threw a fastball to a certain hitter. The result of the pitch had been a bloop single to the outfield. “Shut up and sit the fuck down,” Scherzer barked as he took a step toward his teammate. “The only thing you know about pitching is that you can’t hit it.”

To say Scherzer is intense is like saying Kanye West enjoys attention. Scherzer is a furious competitor, a tenacious player who treats the mound as if it were his perch, and the opposing batters were his prey.

He stands out among the elite pitchers of his era: Clayton Kershaw, the masterful lefty with the herky-jerky delivery; the powerful, model-marrying Justin Verlander and his stoic game face; Zack Greinke, the quirky, enigmatic pitching savant.

Scherzer is the fourth face on the modern Mount Rushmore of Pitching, but unlike Kershaw, Verlander, and Greinke, he’s a frenetic, ground-stomping animal on the diamond, seemingly possessed by a demon intent on destroying the lumber in the hands of anyone who dares to dig into the batters’ box.

Kershaw is the descendent of Sandy Koufax, and Verlander is the modern embodiment of Nolan Ryan, and Greinke has the characteristics of the Great Thinker of the Mound, Greg Maddux. But Scherzer, to whom do we compare? Maybe Bob Gibson, the snarling flamethrower who once pitched an inning with a broken leg.

This season, Scherzer joined his fourth big league team, this time as a trade deadline addition for the defending world champion Dodgers. So far, as of August 30, 2021, he has a glimmering 4-0 record with a 1.55 ERA in five starts for Los Angeles. He’s played the part of gunslinger, rejuvenated at the age of 36 on the left coast. With the talent around him, it seems possible Mad Max could make his third trip to the World Series.

In the list below I’m going to make it harder on myself: I won’t be saying a thing about Max’s one blue and one brown eye. That would be too easy. Instead, here are nine facts about Scherzer’s great career, hopefully most of them amaze you.

1. Grew up a Cardinals fan

Scherzer was born in Chesterfield, Missouri, and grew up an avid Cardinals fan. One of his favorite players was Hall of Fame shortstop Ozzie Smith. In the 2003 MLB Draft, the Cardinals selected him in the 43rd round out of high school, but Scherzer elected to attend the University of Missouri in Columbia.

At Mizzou, Scherzer was a work in progress. As a freshman pitcher he was reckless on the mound. He threw so hard that his hat usually fell off after his delivery, and he could not corral his pitches. A pitching coach named Tony Vitello worked with him to slow his delivery and reduce the unnecessary movement. He gradually improved and threw well enough to be named Big 12 Pitcher of the Year as a junior. In 2006 he was picked #11 overall in the MLB Draft by Arizona, becoming the first player from his college to be drafted in the first round.

Many years later in 2012, Scherzer was inducted into the University of Missouri Intercollegiate Athletics Hall of Fame.

2. Set a record in his major league debut with Diamondbacks

On April 29, 2008, Max Scherzer made his MLB debut against the Astros when he came on in relief and threw 4 1/3 perfect innings while striking out seven. In his appearance, Max set an MLB record for the most consecutive batters retired for a pitcher making his MLB debut as a reliever, with 13.

It remains one of only nine regular season relief appearances Scherzer has made in his major league career as of 2021.

As the 2013 season got underway, Scherzer was known as “the other pitcher” on the Detroit Tigers. Teammate Justin Verlander was a Cy Young and MVP winner and author of two no-hitters. At that time, JV was the unquestioned best pitcher in the game.

But starting with his first start in April, Scherzer made it his mission to get recognition. In the first month of the season, Scherzer went 3-0 in five starts. The following month he improved to 7-0, and in June he won all five of his starts, allowing just nine runs. He entered the All-Star Game 13-0, having started 19 consecutive games without suffering a defeat. He lost his first start of the second half, but proceeded to reel off six straight wins to push his mark to 19-1. By that time, the Cy Young race was over.

Scherzer finished the 2013 season with 21 wins and a league-best .875 winning percentage. He not only won his first Cy Young, he also finished 12th in MVP voting, helping the Tigers to a third straight division title

4. No-hit bid in playoffs against the Red Sox

After his amazing 2013 regular season, Scherzer stepped on the gas in the playoffs. In his Game One start in the ALDS against Oakland, he struck out 11 batters to win the opener for Detroit. Four days later he answered the call out of the bullpen and pitched gutsy innings of relief to get the win and force a Game Five. In the next series against Boston, Max was even more lethal.

In Game Two of the 2013 AL Championship Series, Scherzer mowed down the vaunted Red Sox lineup, striking out eight of the first twelve batters he faced. As he entered the sixth, Scherzer had yet to allow a hit. That inning he surrendered a pair of hits, but he finished with 13 K’s in seven innings, a new record by a Detroit pitcher in a post-season game.

5. Two No-Hitters in his first season with Nationals

What do you get for $210 million? Try a pair of no-hitters in the first year.

The Nationals inked Scherzer to a seven-year deal worth $30 million per season in January of 2015, plucking the free agent from the market and nabbing him as their ace. He paid immediate dividends.

In just his 14th start for Washington, on June 20, Scherzer tossed a no-hitter against the Pirates at National Park, nearly getting a perfect game. He set down the first 26 batters before a slider got away and hit the 27th batter. But Max only needed three more pitches to complete his no-hitter. After the game, teammates soaked Max with several bottles of chocolate syrup during an interview, which only made the pitcher smile even more.

“It was unbelievable,” teammate Bryce Harper said afterwards. “He’s as good as advertised every time he goes out there. He’s made for greatness.”

Greatness indeed, because less than four months later, on the final day of the regular season, Scherzer mowed down the Mets in New York for a second no-hitter. In that game, he struck out 17 batters and was even more overpowering. He was throwing so well in the last inning of the game that Max even surprised himself.

“When you start talking about [no-hitters], you don’t have words for it,” Scherzer said after the game.

In his no-hitter against the Mets, Scherzer recorded a Game Score of 104, the second-highest figure in baseball history, behind Kerry Wood’s 20-strikeout game. Game Score is based on innings, hits allowed walks, allowed, and strikeouts.

On May 11, 2016 against his former team Detroit, Scherzer added to his legend when he tied the nine-inning single-game strikeout record with 20. In the contest, Scherzer struck out five different Tigers batters three times each, including All-Stars Ian Kinsler, J.D. Martinez, and Miguel Cabrera.

In this same game (which was his first back in Detroit against his former teammates), Scherzer became the youngest pitcher (at age 30) to defeat every other team in baseball.

Despite critics predicting an arm blowout because of his violent delivery, Scherzer has been remarkably durable. From his last start in May of 2010 through the middle of the 2019 season, the righty made 298 consecutive starts without missing a turn in the rotation. He also made 13 starts in the postseason during that stretch.

8. Most consecutive seasons with 230 or more K’s

Scherzer is one of only five pitchers to strikeout 250+ batters in as many as five seasons (through 2020). The others are Randy Johnson (with nine seasons) Nolan Ryan (eight), Justin Verlander (five), and Roger Clemens (also five).

Only Scherzer, Nolan Ryan, and Randy Johnson have struck out 250+ batters in four consecutive seasons.

In 2017, Scherzer won his third Cy Young Award, his second in a row for the Nationals. The Following year he finished runner-up to Jacob deGrom of the Mets. Then, in 2019, Max finished third when he averaged 12.7 K’s per nine innings, a career best.

Scherzer finished in the top five in Cy Young Award voting for seven consecutive seasons from 2013 through 2019. He became just the third pitcher in history to accomplish that. The other two? Greg Maddux and Clayton Kershaw. All three won three Cy Youngs during their streaks, and had at least one runner-up finish (Kershaw had two second place finishes).