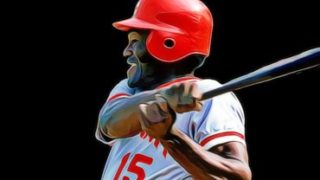 Cincinnati slugger George Foster was his own man 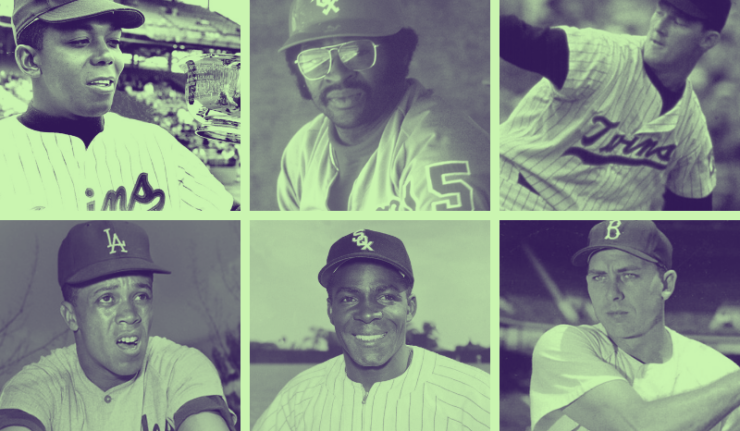 Nine players and one former manager have been named to the Golden Days Era Committee ballot, including two candidates who fell one vote shy of election to the Baseball Hall of Fame the last time it met.

This Golden Days committee, one of several the Baseball Hall of Fame convenes to consider candidates who were not elected by the baseball writers, as well as managers, negro leaguers, and early baseball figures, is charged with looking at candidates who debuted or were active primarily between 1950 and 1969.

The ten people named to the ballot are:

The committee will meet on December 5th during baseball’s winter meetings in Florida. Results will be announced that day.

In 2014, Allen and Oliva garnered 11 votes each, one short of the 12 required from the 16-person panel. Jim Kaat received 10 votes in that election, and Wills got nine votes.

The first time the Golden Days Era Committee met in 2011 (for the induction class of 2012), they chose Ron Santo, who received 15 votes. In that election, Kaat was second with 10 votes, and Oliva had 8. Dick Allen was not on that ballot, but he remains a popular and controversial candidate.

Allen debuted in 1963 for the Phillies, and from the start he was a remarkable performer. In his first full season in 1964, the strong right-handed batter hit .318 with 201 hits, a league-best 125 runs, 38 doubles, 13 triples (also a league-leading total), and 352 total bases, the best in the National League. For his efforts, Allen was named Rookie of the Year.

Two years later, Allen led the league slugging for the first of three times, and in OPS for the first of four times. Despite playing an the Second Deadball Era, Allen batted .300 seven times, and slugged over .600 three times. He won the American League Most Valuable Player Award in 1972, and was a seven-time All-Star. His career 156 OPS+ ranks 15th all-time.

Consider this: since the end of World War II, Allen’s career slugging percentage (.534) ranks 24th among players who appeared as last as often as he did, which was 15 years and about 7,000 plate appearances.

Allen is ranked 13th among first-basemen all-time on our list here on BaseballEgg.com

Kaat’s Candidacy Could Be Clouded by Recent On-Air Remarks

Former left-handed pitcher Jim Kaat had one of the longest careers of any player in baseball history, stretching from 1959 to 1983. He entered the game when teams were using four-man rotations, saw the game transition to five-man staffs, then made the shift to the bullpen when he was 40 years old.

Kaat won 288 despite pitching for several mediocre clubs, and he his 898 games pitched ranks among the best of all-time. But there could be off-field issues with his candidacy.

During the 2021 playoffs when he was broadcasting a game between the White Sox and Astros, Kaat made a remark about Cuban-born Yoán Moncada that some felt was racially insensitive or prejudiced. Kaat quickly apologized during the broadcast.

On our list of the Top 100 Pitchers of All-Time, Kaat is included in the extra section at #115, nestled behind Corey Kluber and just ahead of Don Newcombe and Jack Morris.

Earlier this year, Major League Baseball decreed that the negro leagues would be classified as “major leagues” on par with the American and National Leagues, and other leagues that only allowed white players until 1947.

As we wrote here previously, Miñoso’s case for the Hall of Fame is solid even without the addition of his negro leagues years, but in light of MLB’s decision, his chances of election are stronger.

Not only did Miñoso star in the negro leagues as a young player, he was also held back from playing regularly for basically two full seasons because Cleveland felt he needed more experience in the integrated minor leagues. He didn’t need that time: Miñoso was a star the first day he played pro ball against white players. The only thing that halted him from putting up greater numbers was the lack of a real opportunity.

Miñoso ranks ninth on our list of the Top 100 Left Fielders of All-Time.

Happy for those elected but disappointed, even stunned, Dick Allen was not among them.

Seems it was a numbers game: committee members probably preferred to use tow of their votes on living candidates.

As I see the list, I am old enough, at 71, to have watched ALL of them play (OK, just on TV back in my hometown of Jersey City NJ. They introduced me to my continued LOVE of Baseball. ALL should be in THE HALL

Thanks for reading, Robert.