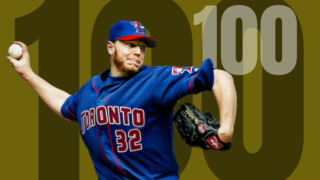 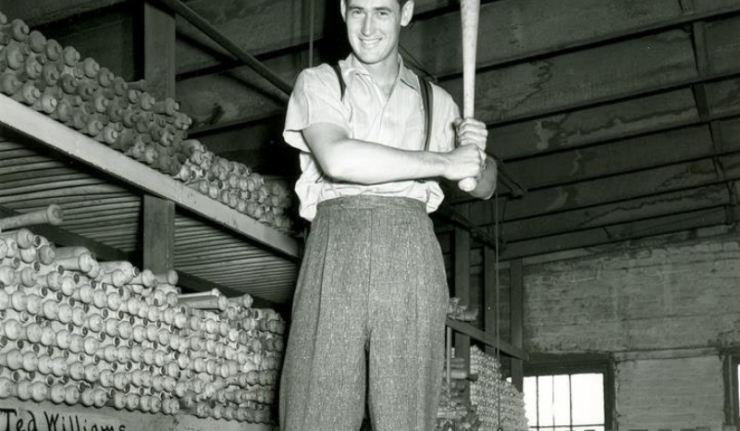 In his autobiography “My Turn At Bat,” Ted Williams wrote:

“A man has to have goals—for a day, for a lifetime—and that was mine, to have people say, ‘There goes Ted Williams, the greatest hitter who ever lived.”

One could argue that he achieved that goal. Williams is in a tight circle of players who can be legitimately considered the greatest hitter of all-time. He batted .344 in a 19-year career that included six batting titles, the first when he was 22, the last when he was 39.

Williams couldn’t have set the records he did without a good piece of wood. He famously only used bats made by Louisville Slugger, and insisted on choosing the lumber for his bats.

In this great photo from the 1940s, Williams is at the Louisville Slugger factory looking over the wood and inspecting a pile of Ted Williams model bats.