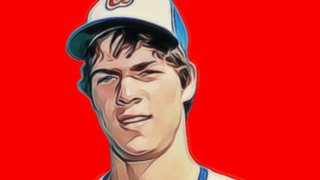 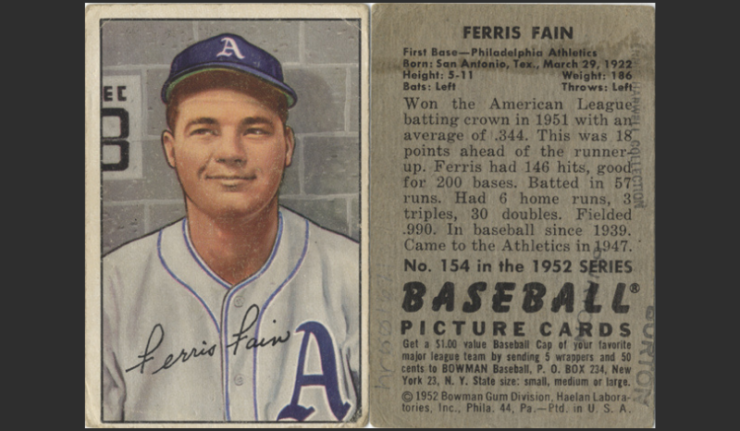 When he was still in high school, the San Francisco Seals paid Ferris Fain $200 a month to play for them. Because it was against the rules, Fain was paid cash off the books, and the Seals required that the teenager not play football so he wouldn’t get injured. He was a tough kid already at 17 years old, a drinker and a fighter if someone looked at him sideways, but he could hit a baseball.

Fain played for Lefty O’Doul with San Francisco where he harnessed his exuberant energy to become one of the most aggressive defensive players on the west coast. The young Fain lacked self-control, and he would often range far to his right to field balls in the middle of the infield. O’Doul called him the equal of Hal Chase with the glove.

After serving three years in the Army Air Force in World War II, where he had an opportunity to play on a service team with Joe DiMaggio and other big league stars, Fain returned to professional baseball a much improved player. He was signed by the Philadelphia A’s and made his big league debut on Opening Day in 1947. He batted .291 as a 26-year old rookie and quickly became one of the tougher outs in the league. His on-base percentage was over .400 in each of his first seven years in the majors.

He won two batting titles, one of them when Ted Williams was flying planes in Korea, so maybe there should be an asterisk on that one. Fain hit .344 in 1951, and .327 in 1952, averaging 92 walks and just 23 strikeouts in those two seasons. Ol’ Burrhead was a smart hitter with a quick bat, sort of like a left-handed Carney Lansford, or similar to Hal Morris, whose career also ended due to knee injuries.

Fain didn’t retire as much as he simply faded out of the game. He constantly barked about his salary, fighting team owners for more money every winter. He complained about playing on losing teams, and he got into more than his share of fights on and off the field. Fain was a heavy drinker, a lover of whiskey. He basically bitched and boozed his way out of professional baseball. He hoped to become a manager, but no team would entrust their lineup card to him. His name popped up in the newspapers in the 1980s when the 67-year old was arrested for growing more than 400 marijuana plants in California. Fain served 18 months in prison. He died in 2001, the most anonymous two-time batting champion in history.

Fain and Mike Hargrove are the only first basemen ranked in the Top 100 First Basemen of All-Time who played after World War II and averaged fewer than ten home runs per season. Both men hit from the left side and were high-average contact hitters who walked a hell of a lot. To further cement their connection: both men were born in Texas, played for mediocre teams almost every year, and both men hit precisely .290 for their careers.