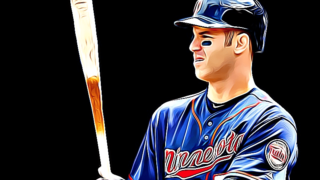 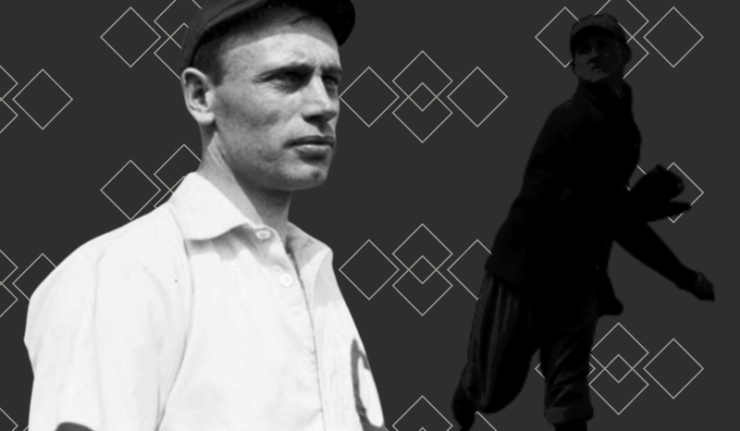 The last time Jack Taylor had his name in the headlines for his pitching it came in 1903 for the wrong reasons. That year, he was summoned to a special commission consisting of the grizzled old men who governed professional baseball, The reason? To determine if Taylor had taken bribes to lose games.

Taylor was nonplussed at the accusation, and he had a unique defense.

“Jake [Beckley] and me were drinking all night before those games,” Taylor told the commission chaired by Garry Hermann, the president of the Cincinnati Reds. “There was nothing crooked about my play.”

Taylor was acquitted of charges of fixing games while a member of the Cubs, and reinstated to Major League Baseball. But the commission was not impressed with his honest admission of drunkenness and fined the pitcher $300. Ever a stubborn man, Taylor refused to pay the money. He was traded to St. Louis and the matter was largely fogotten.

But Taylor has been forgotten too, until the 2022 season when his name resurfaced due to a challenge to record books by Houston left-hander Framber Valdez.

The Astros pitcher has strung together a record streak of quality starts this year. In his last outing, Valdez recorded his 24th consecutive quality start, a remarkable accomplishment. But not the record, not yet.

Jack Taylor pitched in the major leagues from 1898 to 1907. The quality start was never tracked when Jack Taylor was pitching, because it hadn’t been thought up.

Sportswriter John Lowe invented the quality start in 1985 when he was working for the Philadelphia Inquirer and covering the Phillies and Major League Baseball. While the quality start has its critics (achieving the minimum requirements renders a 4.50 ERA, for example), it has become shorthand for a good outing by a starting pitcher.

With the slow disappearance of starter wins (as starting pitchers pitch fewer innings and get fewer decisions), the quality start (QS) has gained popularity. Astute fans know the win is a silly way to measure the effectiveness of a starting pitcher, but the quality start is more respected. A starting pitcher today, more than at any other time in baseball history, is expected to keep his team close and hand the game to the bullpen. Since 1970, starter innings have fell from an average of about seven innings per game to only five.

Taylor’s quality start streak stretched over two seasons, from late in 1901 through much of the 1902 campaign. At that time, Taylor was pitching for the Chicago team that was in the National League. That team would become the “Cubs,” but when Jack wore the uniform, they were known by most people as the “Orphans.”

Taylor was the best little orphan Chicago had on the mound at that time. On September 26, 1901, he pitched a complete game against the New York Giants, losing 5-1. But he only surrendered three earned runs in the loss. It would be the start of his record streak.

The next spring, Taylor was clearly on top of his craft: he used a sinking fastball, a curve, and a change of pace. Some reports claim Taylor also employed a knuckleball or spitball.

On Opening Day in 1902, Taylor defeated the Reds in Cincinnati’s beautiful ballpark known as “The Palace of the Fans.” He went the distance and allowed just one unearned run. In May he pitched back-to-back shutouts and went 5-1 with a 0.77 ERA. In June he continued his string of quality starts and complete games. The latter would be a calling card for Taylor. More on that later.

How different was baseball 120 years ago? On June 22, 1902, the Cubs faced the Pirates at West Side Grounds in Chicago. Manager Frank Selee, of the swarthy mustache, sent Taylor to the hill to battle Deacon Phillippe, the ace for Pittsburgh. The circumstances of that game are difficult to imagine today.

The game was tied after nine innings. Of course back in 1901, every game was played in the sunshine, and as the Cubs and Pirates struggled into extra innings, neither scoring, the skies grew darker. Knotted at two runs, the teams advanced to the 13th, then the 15th, and on and on. Neither Taylor nor Phillippe came out of the game. In the 19th inning, the Orphans finally pushed across the winning run (on an error by the Pirates shortstop). Chicago and Taylor were winners, and just in time, the sun was starting to dim. Amazingly, the game only took a little over three hours to play. Those were different times.

No one can be sure how many pitches Taylor threw in his 19-inning victory (which was a quality start because he allowed only two earned runs), but it was probably well over 175. Today, a pitcher would sue his team for malpractice if he was asked to pitch so much.

During his 28 game streak of quality starts, Taylor was 18-8 with a 1.08 ERA and seven shutouts. His streak helped him achieve his best season, and in fact Taylor was the best pitcher in the National League in 1902. He won 23 games and led the NL with 10.0 Wins Above Replacement.

But in spite of his complete games streak and stellar 1902 season, it would be the accusation of throwing games, mentioned earlier in this article, that thrust Taylor into the spotlight most in his career. He survived that turmoil, but he was forgotten once his pitching career ended in 1911 following a comeback attempt with South Bend in the Central League.

“I never made much money in baseball, at least I didn’t save it,” Taylor told author Lawrence Ritter in an interview for the book “The Glory of Their Times.”

After baseball spit him out, Taylor went to work in the mines in Ohio, scarcely mentioning his baseball career. He was still married and apparently off the sauce in 1938 when he died after a brief struggle with cancer. The bible of baseball, The Sporting News, didn’t even mention his death in their pages.

Jack Taylor’s memory died when his widow and children passed. His name has never been mentioned or brought up when the Chicago Cubs celebrate their history. His feats of durability and excellence were drawing dust in the record books. Until 2022, when a Houston pitcher from the Dominican Republic went on a string of “quality starts” that pulled Jack Taylor out of the dim corner of baseball history.