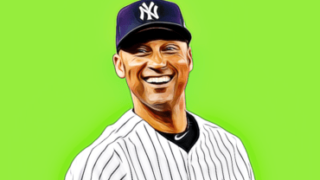 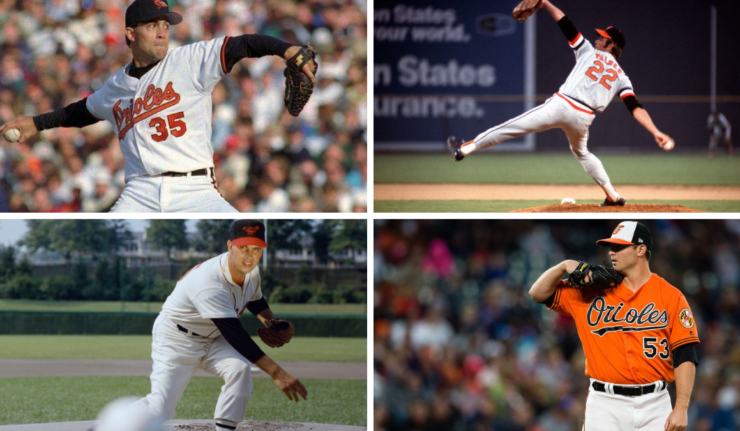 It’s going to be several months before Baltimore Orioles fans can enjoy baseball again. Until then, sports fans in Maryland will have to be content with the NFL’s Ravens, college football, and celebrate later this year when sports betting finally launches in the state. Betting apps could launch in a matter of weeks, with some of the nation’s top companies offering up bonus offers, even before apps launch. DraftKings and FanDuel are already accepting sign ups. And, expect a BetMGM Maryland Bonus Code any day now.

While we wait for spring training, and Maryland betting to launch. let’s kick off our Top 5 series of articles with a look at the best pitchers to ever wear the orange and black of the Orioles.

There was a time when the Baltimore Orioles were the greatest collection of pitching in baseball. When famed Hall of Fame manager Earl Weaver skippered the team, the O’s had four Cy Young Award winners. From 1969 to 1980, a 12-year span, Baltimore pitchers won the Cy Young six times. “Pitching, defense, and three-run homers” was the mission statement for the team, which won seven division titles, six pennants, and three World Series from 1966 to 1983.

Let’s get into the list of the greatest pitchers in the history of the Baltimore Orioles.

Any list of the greatest Orioles pitchers has to start with Palmer, a man so good looking his teammates called him “Cakes,” as in “Baby Cakes.” Palmer used his long limbs and balletic delivery to win 268 games in his career, which was spent exclusively with the Birds.

Palmer won the American League Cy Young Award in 1973, 1975, and 1976. In an era when starting pitchers finished what they started, Palmer completed 17 games or more in a season eight times. He won twenty games eight times in a nine-year span from 1970 to 1978.

From his early days as a fresh-faced 20-year old who pitched a shutout in the 1966 World Series to outduel Sandy Koufax, to his veteran status as the leader of a talented Orioles staff that won the Series in 1983, Palmer was always perfectly dressed and perfectly suited for the moment.

He’s the only pitcher who spent his entire career with the Orioles to be elected to the Hall of Fame.

“Facing Palmer was like trying to hit a firefly with a toothpick,” Minnesota slugger Harmon Killebrew said. Killer would know: the Hall of Fame slugger batted .130 against Palmer.

For eight seasons, Orioles fans were forced to watch Mussina in the much-hated pinstripes of the Yankees. That’s because Baltimore’s front office inexplicably allowed their ace to leave the team as a free agent after the 2000 season.

Mussina won 147 games for the Orioles, and earned Cy Young votes in seven seasons. His highlight as an Oriole came in Game Three of the 1997 AL Championship Series when he struck out a record 15 batters. Like Palmer, Mussina was a tough righthander who rarely walked batters, and he had the calm nerves to pitch big games. Unlike Palmer, “Moose” never got to win or even pitch in the Fall Classic in a Baltimore uniform, which is why he ranks second.

Believe it or not, there was a time when pitchers won 20 games. And believe it or not, in 1971, the Orioles had four of them. That’s right: the 1971 O’s had four 20-game winners. Dave McNally led that quartet with 21 wins, but it was one of four times the lefthander won twenty for the team.

McNally was a crafty southpaw who liked to use a slider and changeup to support what was an average fastball. Because of his grit, McNally was able to pitch his way to 20 wins every season from 1968 to 1971. That happened to coordinate with the Orioles winning three straight pennants from 1969-1971.

McNally’s 181 wins ranks second in Baltimore history, and his 25.3 Wins Above Replacement are third.

The first of two relief pitchers on our list, Wilhelm is one of the few relievers to be elected to the Baseball Hall of Fame. Actually, Wilhelm spent two of his four full seasons as a member of the Birds in the starting rotation. He was an All-Star as both a starter and a reliever while with Baltimore.

In 1958, utilizing his fluttering knuckleball, Wilhelm pitched a no-hitter against the Yankees. It was a celebrated feat, mostly because the American League usually struggled to beat the mighty Yankees back then, let alone no-hit them. The next season, Wilhelm led the AL in ERA and won 15 games for a sixth place team. But because his patented knuckler put no strain on his arm, and because it was so damn good, Wilhelm was made into a reliever. In 1961-62, he saved 33 games for the Orioles. His 156 ERA+ is the highest of any pitcher in franchise history.

After he left the Orioles, Wilhelm set the MLB record for games pitched, and used his unbelievable knuckler to pitch until he was 49 years old.

In his prime, Britton was the best closer in baseball. He saved 135 games for Baltimore from 2014-2017, while posting a fantastic 1.61 ERA. With a devastating slider and a plus-fastball, Britton was one of the rare southpaws who had equal success against righthanded and lefthanded batters.

Sadly, Britton is remembered more for what he didn’t do for Baltimore than all the great things he did. In the 2016 AL Wild Card Game between the Orioles and Blue Jays, Britton cooled his heels in the bullpen while manager Buck “Don’t Tell Me The Odds” Showalter used inferior relievers in an 11-inning win-or-go-home game. The Orioles didn’t win, they did the other thing, while Britton, the best reliever in baseball, simply watched in disbelief.

“I was ready to go,” Britton told reporters after the loss. “But that’s not my call.”

According to Baseball Reference, Gregg Olson has a higher ERA+ at 176 (vs. Hoyt Wilhelm) and is also the career leader in saves for the O’s. I don’t have a problem with you picking the knuckleballer for the #4 slot, but just wanted to give credit to Gregg Olson for the higher ERA+. Randy Myers is even higher at 187+, but he only pitched two seasons in Baltimore.

Dave McNally was oftentimes underrated when it came to the Orioles pitching staff. It always seemed that someone else had the better season while Dave was quietly putting up 20+ wins. Glad to see him included at #3.

Gregg Olson was a superb relief pitcher, no doubt. I liked Wilhelm because of his importance in baseball history.