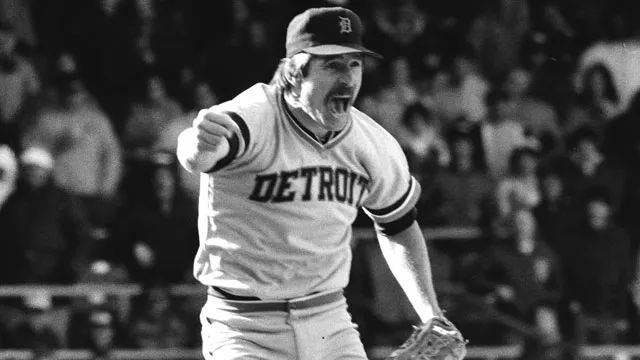 For the first time since 1999, the Baseball Hall of Fame will induct a starting pitcher this summer, but it won’t be Jack Morris. Instead, Bert Blyleven will get the honor, a much deserved one.

But Morris, who won more games (by far) than any other pitcher in the 1980s, and who pitched one of the greatest games in baseball history in Game Seven of the 1991 World Series, is still waiting for his Cooperstown call. With Blyleven now off the ballot, Morris’s candidacy will take center stage over the next three years – his final three chances via the Baseball Writers.

The debate over Morris and the Hall of Fame has steadily grown into one of the most heated topics among hardcore baseball fans on the internet. Blogs, chat boards, fan forums, and baseball statistics sites are packed with articles, studies, arguments, and comments over Morris’s worthiness for Hall inclusion. Though it seems everyone has an opinion on Morris, there are several reasons the former pitcher is still waiting to receive the call from the Hall of Fame:

Morris posted an Earned Run Average of 3.90 over the course of his 18-year career. That figure would be the highest of any pitcher in the Hall of Fame. Currently, Red Ruffing, an ace for the Yankees teams of the 1930s, holds the mark with a 3.80 ERA. Ruffing is considered one of the weaker pitchers in the Hall, having earned his spot because he played on one of the best offensive teams in history, a club that made annual trips to the World Series.

Even though Morris pitched in an era when run scoring was higher than the generation right before him, his ERA still looks bad compared to other starting pitchers in and out of the Hall. His ERA+ (that is his ERA adjusted for the era he pitched in and park effects) is 105, meaning his ERA was about 5% better than league norms. Of HOF pitchers who won at least 200 games (there are 40), Morris’s ERA would rank only ahead of Catfish Hunter and Rube Marquard, two pitchers elected largely on the strength of their peak value. Luis Tiant, Orel Hershiser, Jerry Koosman, Vida Blue, Frank Tanana, Dennis Martinez, and even Rick Reuschel are some of the 200-game winners of the last 40 years who have posted better ERA+ marks than Morris.

As we’ve seen with other starting pitchers in the Hall of Fame, a few great seasons can vault you into immortality. Morris never had that type of season, something he had in common with Blyleven, incidentally. Though he won 20 games three times, he never dominated in any season or handful of seasons. In 1984, when Detroit roared out to a 35-5 start, Morris seemed poised to etch his name in the history books. He started the season 10-1 and was one pace to win more than 30 games, but as he often did, the big right-hander went into a mediocre stretch, and failed to win even 20 games, finishing at 19-11. Probably his best season was 1981 when he shared for the American League lead with 14 wins when the season was shortened by a labor strike. That strike cost him a shot at his first 20-win season, and it saw him post the lowest ERA of his career – 3.05.

When it came to dependability, Morris was a gem. He started at least 34 games in 10 of 11 seasons from 1982-1992, and as a result he was often among leaders in the counting stats: innings, complete games, quality starts. But despite being a workhorse, Morris only led his league in strikeouts once, innings once, complete games once, and wins twice. He also led the league in shutouts in 1986, one of his better seasons, but that year Roger Clemens was the dominant starter in the league. Morris fails on the so-called “black-ink test”, not having led his league in that many categories, and never in ERA.

Though far from a perfect stat, quality starts measures the ability of a starter to give his team a chance to win the game, to keep them in it. Typically, a starting pitcher will have a few more quality starts each season than wins, games where he pitched in some tough luck. A quality start is any game in which the pitcher goes at least six innings and allows three earned runs or fewer.

In the case of Morris, he made 527 starts in his career and 297 of those were quality starts. That’s a percentage of 56.4 percent. We have quality start data going back to 1920, so it covers a large portion of the pitchers in the Hall of Fame and all of those who pitched in the post-expansion era (1961-present), the era in which Morris can most easily be compared. Of pitchers who won at least 200 games and who spent their entire careers after 1920, there have been 68 pitchers who won at least 200 games. Of those, Morris ranks 42nd in quality start percentage. Tom Seaver is at the top with more than 70 percent of his starts being quality starts, and Morris’s mark would rank at the bottom of Hall of Fame pitchers if he were elected. Non-Hall of Fame 200-game winners who rank ahead of Morris in quality start percentage include Charlie Hough, Jim Kaat, Chuck Finley, Bob Welch and others.

If Morris was a workhorse who chewed up innings and gave his team a chance to win, as his supporters often claim, why is his quality start percentage so ordinary when compared to Hall of Famers and non-Hall of Famers who pitched as long as he did?

In Game Seven of the 1991 World Series, Morris was brilliant, as clutch as any pitcher ever has been in the Fall Classic. As a result, he out-dueled John Smoltz and won the game in 10 innings, 1-0 for the Minnesota Twins. That performance is often mentioned by Morris’s supporters, so much so that it almost works against him. There has begun to rise a cry that a pitcher shouldn’t be elected simply because he performed well in one big game. Otherwise, Kirk Gibson and Joe Carter would have an argument for election.

During his career Morris was famously gruff with the media. At one point when he was struggling in the second half of 1984, he refused to speak to the press. He had a run-in with a reporter in Cleveland and also Minnesota, where he criticized female reporters in the clubhouse. Though it’s not a major reason he’s being left out of the Hall, one has to believe that if Morris had been a lovable teddy bear like Kirby Puckett, he might win a few more supporters among the writers who covered him.

Five-man rotation and the Designated Hitter

Bert Blyleven is the fist starting pitcher who made his major league debut after 1967 who has been elected to the Hall of Fame. Think about that. In the course of more than 40 years since 1967 – two years before man walked on the moon – no starter has debuted in the big leagues and gone on to be a Hall of Famer, until Blyleven.

There are a slew of pitchers who debuted in the 1950s and 1960s who found their way to Cooperstown, many of them having won 300 games. But in the early 1970s, most teams abandoned the four-man rotation, which meant that the #1 starter on the staff lost nine starts a season. Not coincidentally, we’ve had just four 300-game winners since. Two of those pitchers were all-time greats (Greg Maddux and Roger Clemens), the other two had to pitch well into their 40s to barely reach the 300-mark (Tom Glavine and Randy Johnson).

For the starters who debuted in the 1970s, Blyleven (287) and Morris (254) lead the pack in wins, Dennis Martinez won 245, and then there are six pitchers with more than 200. Had Morris pitched in a four-man rotation, how many more wins would he have accumulated? Given a dozen years in a four-man would have gained Morris 108 more starts, if he had won half, he would have reached the magical 300 mark. Blyleven would have easily surpassed it and been elected much sooner. But the switch to the five-man in the 1970s gave us the illusion that is was harder to win 20 games and march toward 300, when actually it was a lack of opportunity. Since 1968, just eight pitchers have debuted and won 250 or more games. Compare that to the six-year stretch of 1962-1967, when ten pitchers debuted and went on to win 250 or more, six of them winning 300.

Another change in the game made an impact on Morris and other starting pitchers who came of age in the 1970s – the DH. The designated hitter was introduced in 1973 in the American League. Morris spent his entire career facing lineups with nine legitimate big league hitters in them, which certainly inched his ERA a bit toward that 3,90 level that so many of his critics point to. The DH radically changed the offensive numbers in the AL. In 1972, the ERA in the AL was 3.06. 15 years later, in the middle of Morris’s career, the ERA was 4.46. A 3.90 ERA in 1987 equates to a 2.67 ERA in 1972.

Is it just a coincidence that Blyleven and Morris are the only pitchers to emerge between 1967 and the present to get a sniff of the Hall of Fame? Or were there other factors involved, including the elimination of the four-man rotation and advent of the DH, that has made them look less Hall-worthy?

There are many reasons why Morris should get into the Hall of Fame, but that’s the topic for another article. Right now, the former ace is still waiting. His numbers wouldn’t be the very worst of the pitchers in the Hall, but close. Ruffing and Jesse Haines are right there at the bottom of the HOF pack, as well. But somewhere the line has to be drawn between in and out. Someone has to rest right on that line or near it. Does that make them less a Hall of Famer? The debate will rage on.