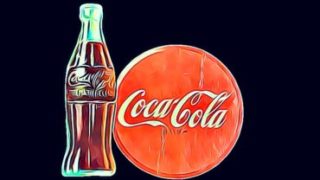 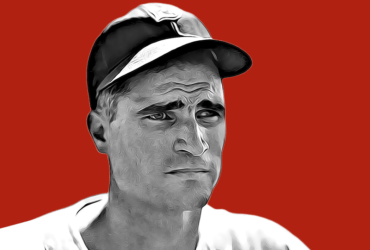 The oldest Hall of Famer passed away today, leaving behind a legion of fans despite having played his last baseball game more than six decades ago.

Bobby Doerr (1918-2017), played 14 seasons, all of them for the Boston Red Sox, and was one of the hardest-hitting second basemen to ever put on cleats. He was also a fantastic defensive middle infielder and a peerless team leader, serving as the unofficial captain of the Red Sox for much of his career. Doerr, whose #1 was retired by the Red Sox, was an All-Star nine times and earned Most Valuable Player Award votes in eight straight seasons.

Doerr was only 21 years old but was already in his third big league season when he became better acquainted with a tall, gangly rookie named Ted Williams in 1939. The two were fast friends (they’d originally met while playing for different minor league teams in California) and they remained good friends for the rest of their lives, securing that bond as teammates with Boston for 10 seasons. A few years later, center fielder Dominic DiMaggio joined them, and two years later shortstop Johnny Pesky came along. The “original core four” were teammates through 1951, when Doerr was forced to retire due to a severe back injury. He was only 33 years old when he left the game and could have played many more years if not for the degenerative condition that ailed him.

Even though his great career was shortened due to the back ailment and service in World War II (he missed the entire ’45 season while in the U.S. Army), Doerr compiled impressive numbers, especially for a second baseman. At that time, most middle infielders were expected to field well and anything they added offensively was an added bonus. But Doerr hit 223 home runs, averaging more than 20 per season. In 1944 he led the league in slugging and six times he topped the 100-RBI mark. Doerr often hit fifth and occasionally batted cleanup for the Red Sox, batting behind Williams and Jimmie Foxx or later Vern Stephens.

But as much as Doerr helped with the bat, he was also valuable with the leather. In 1948 he played 73 straight games and handled more than 400 chances without making an error at second base. Though no Gold Gloves were awarded in his era, Doerr certainly would have won many, as he was only challenged by Joe Gordon for supremacy at the keystone position in the junior circuit in the 1940s.

In 1946, the Red Sox won the only pennant they would garner during that era, and Doerr was a large reason why. He drove in 116 runs and scored 95, while slugging 18 homers. In the World Series against the Cardinals, he led all batters with nine hits, and in Game Four he hit a home run in the loss in St. Louis. In the seven games he got on base 11 times and hit safely in every game, but it wasn’t enough to help Boston to the title.

When he retired, Doerr held Red Sox franchise records for games, hits, doubles, and total bases, all of which were later eclipsed by his friend Ted Williams. Doerr accepted a job as a scout with the Red Sox, and served as first base coach from 1967-69. He was loyal to Boston, refusing offers to manage from other organizations. He and Pesky would remain connected to the Red Sox for their entire lives, and both lived long enough to be on hand for Fenway Park’s 100th anniversary in 2012. Doerr was the oldest person in the ballpark for the occasion at 94. In 2010, a statue titled “The Four Teammates,” honoring Doerr, Pesky, Dom DiMaggio, and Williams, was dedicated outside Fenway Park.

Doerr was elected to the Baseball Hall of Fame in 1986 by the Veterans Committee after the baseball writers snubbed him in their balloting. He returned to Cooperstown almost every year after that for induction, usually traveling from his home in Oregon, where he lived since the late 1930s. One of Doerr’s favorite activities was fly fishing, something both he and Williams excelled at.

Doerr was born on April 7, 1918, in Los Angeles, California, and was named Robert Pershing Doerr after popular World War I hero General John “Black Jack” Pershing. In 1934 he signed his first professional contract with the Hollywood Stars of the Pacific Coast League. Boston general manager Eddie Collins was in California to scout Doerr in 1937 when he saw Ted Williams playing for the opposing team, the San Diego Padres.

Doerr was considered one of the finest gentlemen in the game. He was beloved by all generations of Red Sox fans, serving as a link to an iconic era in franchise history, and a connection to the great Ted Williams. He was the last man alive who had played major league baseball in the 1930s.