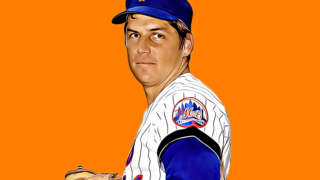 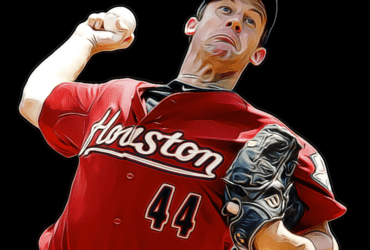 When he was pitching in the minor leagues in 1999, Roy Oswalt hurt his shoulder, and might have torn something. A few days later he was checking the spark plugs on his truck when he inadvertently touched a wire and his truck started, sending a surge of electricity through Oswalt, whose hand was still on the plug. He reportedly held on to the plug for several seconds, until he fell away from the truck. According to Oswalt, after the incident his shoulder felt fine, and he never felt pain again. In a Sports Illustrated article years later, Roy told his wife, “My truck done shocked the fire out of me, and my arm don’t hurt no more.”

Oswalt needed that magical arm because he was never going to impress a baseball scout physically at 5 feet, 8 inches tall and 150 pounds out of high school. (Roy later grew four inches) He went undrafted and played baseball for junior colleges before the Astros discovered him. Oswalt’s success was tied to his economy of motion and tremendous torque from his right shoulder. Pitching coach Mike Maddux suggested that Oswalt uncomplicate his motion and take a shorter stride to the plate. The alterations, combined with his naturally gifted arm, made Roy a power pitcher. In his rookie season, Oswalt struck out more than a batter per inning. He never won a Cy Young Award, but in five of his first six seasons, Oswalt finished in the top five.

A lot of young boys love dump trucks and big equipment, some grown up boys love them too. Oswalt never disguised his desire for a bulldozer, and in 2005 when the Astros were one win away from going to their first World Series, the front office decided to make Roy’s dream come true. They told Oswalt that if he won Game Six of the NL Championship Series the team would buy him a bulldozer. Oswalt went out and handcuffed the Cardinals, allowing three hits and one run over seven innings to get the win. After the World Series, the Astros presented Oswalt with a shiny new bulldozer with a bow on it.