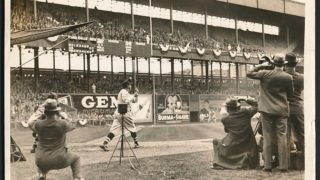 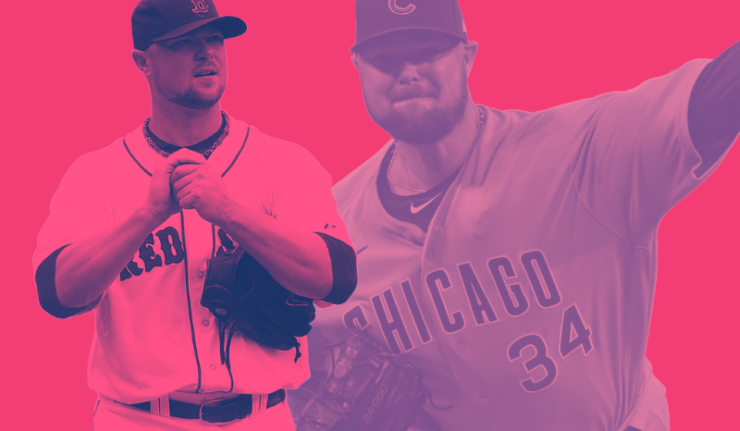 THIS PAGE AS A QUESTION:
Q: Should Jon Lester be elected to the Baseball Hall of Fame?
A: His numbers don’t quite make him worthy.

Left-handed pitcher Jon Lester has announced his retirement following a 16-year career in which he won three World Series rings with two franchises known for their rabid, some would say obsessive, fan bases.

Jon Lester was the epitome of the modern baseball workhorse. Beginning in late September of 2007 and for the following 14 seasons until his final game in 2021 as a member of the Cardinals, he essentially never missed a turn in the rotation. He won exactly 200 games in the regular season, another nine in the postseason, including four in the Fall Classic where he posted a glimmering 1.77 ERA in five starts.

Lester was known for his intense focus on the mound, his reluctance to field bunts or throw to first base, and his nasty cut fastball. He was a five-time All-Star and finished in the top five in Cy Young Award voting three times. But his legacy is likely to be more mythical and anecdotal than pounded in bronze on a plaque. Lester seems destined to settle in a secondary group of pitchers from his era, a step behind legends Clayton Kershaw, Justin Verlander, CC Sabathia, and Max Scherzer.

In career value reflected by Wins Above Replacement, Lester is similar to Cliff Lee, and he lags behind Roy Oswalt. He’s well back of fellow lefty Cole Hamels, and of course the Holy Quintet of Verlander, Kershaw, Sabathia, Scherzer, and Grienke, all of whom should one day make a speech in Cooperstown.

Both Lee and Chris Sale had better WAR7 totals, and in WAR3, Lester is comparable to David Price. All three men were excellent pitchers, but their totals are not legendary. Lester’s status as one of the 10-12 best starters of his generation doesn’t bode well for his Hall of Fame candidacy. But that’s just the regular season numbers.

Lester’s Hall of Fame credentials get a boost if we turn to the postseason and Fall Classic narrative. Lester made 22 starts in the playoffs and World Series, and he came up huge on that stage. Except for one bad start in the AL Wild Card in 2014 against Kansas City and on start in the 2015 NLCS, Lester never allowed more than three runs in a PS start. He made 15 quality starts out of the 22. But, in a sign of what it’s like to be a 5-6 inning starter in modern baseball, Lester’s teams were still only 11-11 in his postseason starts.

Starting and winning games in each round of the playoffs for the Cubs in 2016 when they finally halted their World Series title drought means Lester will never pay for a deep dish in the Windy City again. But, it doesn’t quite translate into a 10-inning Game Seven shutout (like the one that greatly advanced the Hall of Fame case for Jack Morris).

Lester started one winner-take-all playoff game in his career (Game Seven of the 2008 AL Championship Series against Cleveland), and while he pitched well (7 IP, 3 ER), his team lost. How does that type of performance stack up against what Christy Mathewson, Bob Gibson, John Smoltz, and Morris did in the spotlight?

As revered as Lester is by Red Sox and Cubs fans for his October efforts in 2007, 2013, and 2016, when you peel away the post-season layers, he was very, very good, but not legendary.

Will he suffer by comparison to the heroic feats of Madison Bumgarner, who pitched and won three post-season clinching games, tossed three postseason shutouts, and gutted out a brilliant scoreless five-inning relief performance in Game Seven of the 2014 World Series? If we order a Hall of Fame plaque for Lester, shouldn’t we do the same for MadBum, and what of Lee and Oswalt and Price, all of whom had better careers?

How much should the Popeye’s Chicken and beer in the clubhouse be held against Lester, a “team leader” who contributed to the epic late-season collapse by the Red Sox in 2011?

Other starting pitchers who are already on the Hall of Fame ballot can help us see how it might go for Lester. In his three years on the Hall of Fame ballot, Andy Pettitte has yet to reach as high as 15% support. Another southpaw, Mark Buehrle, debuted at 11% on the 2021 ballot. Buehrle won 214 games, was even more durable than Lester, and his ERA+ was the exact same as Lester’s (117). The major difference between Lester and Buehrle (who also tossed a no-hitter), is the postseason narrative: Buehrle only made four PS starts and won just a single World Series ring.

The tough thing about evaluating a player for the Hall of Fame is the unfairness. Jon Lester was damn good. He’s a cancer survivor, he threw a no-hitter, and he was revered by his teammates, managers, and front offices for his leadership and commitment to being on the mound for his team. Just because he’s not Justin Verlander or CC Sabathia (or not even Cole Hamels, who is grossly underrated), doesn’t mean Lester wasn’t a great pitcher. It’s not his fault he pitched in an era where starters went only 5-7 innings, and it’s not his fault he worked in a five-man rotation with pitch count limits, which hampered his win totals. It’s not even his fault that the Red Sox didn’t like their pitchers worrying about base runners.

Lester was exactly what he had to be for his time: an ace. That’s how he will be remembered best. But it’s not likely that he gets a Hall of Fame plaque, and that’s ok.