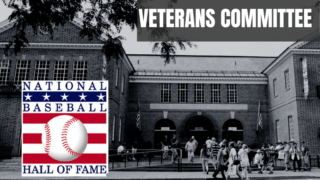 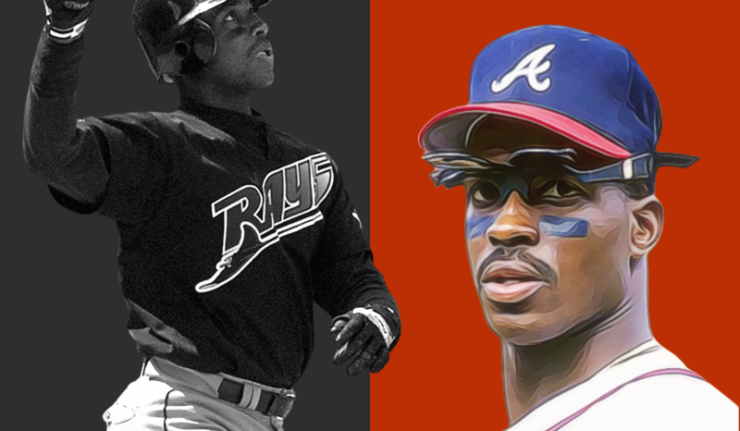 McGriff was an All-Star for the San Diego Padres, Atlanta Braves, and Tampa Bay Rays. He also spent time with the Toronto Blue Jays, Chicago Cubs, and Los Angeles Dodgers. He earned MVP votes in eight straight seasons from 1988 to 1995.

In the ten maximum years a candidate can spend on the Baseball Writers ballot, McGriff never received as much as 40% support. But he had been one of the most talked-about names on the ballot, largely because of his consistent power production and having never been linked to the use of performance-enhancing.

Members of the election committee included former McGriff teammates Greg Maddux and Chipper Jones, as well as Peal Beeston, who served as President for the Blue Jays when McGriff wore the Toronto uniform.

The Hall of Fame case for McGriff was perhaps strengthened by comparison to Hall of Fame first basemen with a similar characteristics. Last year, Gil Hodges, who had many of the same credentials as McGriff but three decades earlier, was elected by a special Hall of Fame election committee.

McGriff is the fourth in a succession of slugging first basemen who made their fame with National League teams. Consider the similarities:

Debuting in the 1940s, Gil Hodges became the leading NL All-Star first baseman of the 1950s, and batted cleanup for the NL champion and World Series winning 1955 Brooklyn Dodgers. He hit 370 career homers and had seven 100-RBI seasons.

Debuting in the 1950s, Orlando Cepeda became the leading NL All-Star first baseman of the 1960s, and batted cleanup for the NL champion and World Series winning 1967 St. Louis Cardinals. He hit 379 homers and had five 100-RBI seasons.

Debuting in the 1960s, Tony Pérez became the leading NL All-Star first baseman of the 1970s, and batted cleanup for the NL Champion and two-time World Series winning Cincinnati Reds in 1975-76. He hit 379 homers and had seven 100-RBI seasons.

Debuting in the 1980s, Fred McGriff became the preeminent NL All-Star first baseman of the 1990s, and batted cleanup for the NL champion and World Series winning 1995 Atlanta Braves. He hit 493 home runs and had eight 100-RBI seasons.

Now, “The Crime Dog” has joined those legendary first basemen as a member of baseball’s elite class in Cooperstown. He becomes the fifth player from the Atlanta Braves 1990s dynasty to be elected, following Tom Glavine, Chipper Jones, John Smoltz, and Maddux. Manager Bobby Cox is also in the Hall of Fame.

McGriff’s career coincided almost exactly with that of Jose Canseco and Mark McGwire, the twin ‘Bash Brothers” now notorious for their PED usage. Yet, McGriff was never implicated in the use of steroids or other drugs during his career, and was one of the most popular and respected players of his era. That stature helped McGriff stand out on a ballot that included known cheaters Barry Bonds, Roger Clemens, and Rafael Palmeiro.

While a handful of players were making a mockery of the record book, McGriff put up numbers that in any era would be the signature of an elite slugger. He had 30 homers in 10 seasons, something only 21 players have accomplished. Of the 19 players who did that and are eligible for the Hall of Fame, 12 have been elected.

McGriff is the only player to hit as many as 30 home runs for five different teams. He showed that power throughout his career, smacking 20 homers in just 295 at-bats as a rookie. His last 30 homer season also produced more than 100 RBI, and it came when he was 38 years old. He won two home run titles.

In 1989, McGriff gained national attention in two countries when he led the American League in home runs as a member of the Toronto Blue Jays. That was the first season the team played at the SkyDome, a place many considered a tougher park to hit homers. But with his long, uppercut swing from the left side, McGriff proved to be a force in the middle of the lineup. But he proved to be capable of hitting to all fields: in 1989 he hit 18 of his league-best 36 homers to right field, eight to center, and 10 to left field.

At 6’3 and 215 pounds, McGriff was long-legged and high-waisted. His famous one-handed follow through finished up and away, which is the same place many of his fly balls went. He hit 125 homers for the Jays, and 130 for the Braves, as well as 99 for Tampa Bay.

McGriff’s professional career began without fanfare: he was the 233rd player taken in the 1981 MLB Draft, in the ninth round by the Yankees. Famed scout Espy Guerrero noticed him in the Yankees organization and convinced Blue Jays General Manager Pat Gillick to include him in a trade with New York. He later was a central figure in one of the most famous trades in history: at the 1990 winter meetings, Toronto dealt McGriff and Tony Fernandez to San Diego for Roberto Alomar and Joe Carter. Now, McGriff joins Alomar in the Hall of Fame.

McGriff will be inducted into the Hall of Fame next July, along with any players selected by the baseball writers in next month’s BBWAA election.