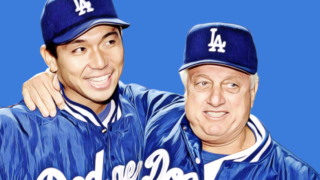 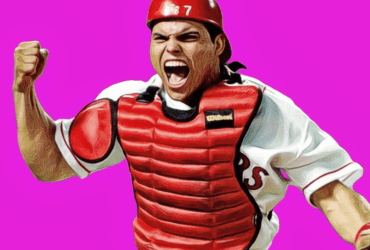 Earlier this month, Ivan Rodriguez was elected to the Baseball Hall of Fame. It’s not surprising that Rodriguez will get a plaque, but it is quite shocking that the catcher was elected in his first year of eligibility.

Catchers have previously had to wait for Cooperstown

Gary Carter wasn’t elected to the Hall until his sixth year on the ballot. Mike Piazza, regarded by some as the greatest hitting catcher in history, had to wait util his fourth time on the ballot. The original “Pudge”, Carlton Fisk, a man considered to be one of the finest receivers to ever strap on a mask, did not earn election until his second year.

Yogi Berra, who won three Most Valuable Player awards and was so famous they named a lovable cartoon character after him, didn’t get elected in his first year of eligibility. In fact, 118 baseball writers did not vote for Yogi the first time his name was on the Hall of Fame ballot.

Prior to Rodriguez, the only catcher to be elected to the Hall of Fame in his first year of eligibility was Johnny Bench, who most experts agree is the greatest catcher to ever squat behind the plate.

The voting body has been stingy toward catchers. Like Berra, Roy Campanella won the MVP award three times, and he also saw his spectacular career shortened when he was paralyzed in a car accident. Nevertheless, the writers made Campy wait seven years on the ballot before he was given the nod to join the immortals in Cooperstown.

Demands of the position have hampered catchers in Hall voting

Why have great catchers had such a hard time getting elected in their first year or even first few years? The answer to that question has to do with numbers. Traditionally, the voters have valued counting stats milestones like 500 home runs, 3,000 hits, and so on. Even 2,500 hits and 400 home runs matter. But because of the physical demands of the position, most catchers are done playing regularly by their 32nd birthday (or earlier). They frequently miss 20-30 games per year to rest their weary knees and back. As a result, catchers are less likely to accumulate the career counting stats or single-season counting stats like 100 RBIs and 200 hits, and so on. But that’s been a mistake.

For many years the baseball writers have penalized catchers because they were lazy voters. It’s harder to assess the greatness of a catcher who averaged 125 games per year, like Campanella. It’s more difficult to figure out how worthy a catcher is when he only drives in 85 runs or hits only 19 homers per year. Before 1983, only one catcher had ever reached 2,000 hits (Berra with 2,150), and only four catchers in the entire history of baseball had driven in as many as 1,000 runs (Berra, Bench, Bill Dickey, and Gabby Hartnett).

After 1989, when Bench became the first catcher to earn election on his first ballot, those career numbers started to creep up. Fisk, Carter, Ted Simmons, Lance Parrish, Piazza, and Rodriguez pushed the ceiling higher. Simmons established a new mark for catchers with more than 2,400 hits. Fisk, Carter, Parrish, and Rodriguez all went over the 300-homer mark. But still, Fisk and Carter, and later Piazza, failed to get in right away.

Hall voters are growing tired of the steroid debate

What’s changed? Why did Pudge Rodriguez waltz right into the Hall of Fame on ballot #1? There are questions about his legitimacy: he played much of his career in Texas where teammates Rafael Palmeiro, Jose Canseco, Juan Gonzalez, and Dean Palmer were caught using performance-enhancing drugs. In 2005, the year that MLB instituted league-wide testing for PEDs, Pudge reported to spring training 30 pounds lighter. He played seven more years and nearly 800 more games, but only hit 61 more home runs.

But while Piazza and others with PED clouds over their heads had to wait for their plaque, Pudge was elected immediately. Why?

Two reasons: (1) Pudge got to 2,800+ hits and 300+ home runs, milestones that are lofty enough, especially for a catcher, and (2) the electorate is changing their minds about PEDs.

Let’s face it, the voters are exhausted with the steroid debate. After more than a decade of controversy, most voters don’t want to be bothered with it. It’s difficult (perhaps impossible) to determine who was using and who wasn’t. It’s hard to compare those who used for a long time (Canseco, Palmeiro) and others who may have used for a brief spell after already having established themselves as great players (Barry Bonds and Roger Clemens). Then you have the guys who may have only been really good players if it wasn’t for PEDS, like Mark McGwire and Sammy Sosa. How do you judge players who only used PEDs to overcome an injury for a short time, like Andy Pettitte and Gary Sheffield to Sosa? How does a voter compare them to Bonds, who transformed into a freakish superhuman video game-like performer and put up numbers after his 36th birthday that no one had ever done at any time before in the history of the sport?

Of course you can’t expect the voters to navigate that mess without making mistakes. This week, Frank Thomas, who was elected in his first year on the ballot and was never suspected of playing dirty, came out strongly on the subject of PEDs and the Hall of Fame.

“They’ve let a few people in already we all know [used steroids],” Thomas said. “It’s uncomfortable at this point. I’m sure this year’s going to be uncomfortable because we’ve got two great players going in, but they know. It’s no secret. If they didn’t do it, they would be stomping and kicking and in interviews saying, ‘I didn’t do it.'”

Thomas doesn’t want what he calls “cheaters” in the Hall of Fame. But if the writers are going to elect them, he thinks it should be all or nothing.

“They should be in now, as far as I’m concerned,” Thomas said in reference to Bonds, Clemens, and other worthy candidates who are waiting because of PED suspicions.

Maybe that’s exactly what the baseball writers are doing. Maybe they realize they can’t keep the “cheaters” out, that even before this year they’ve probably already let a few steroid users in. Maybe they are tired of a PED argument that’s muddied and confusing. The result is a collective hand-wringing, a group “What the hell can we do?”

One of the biggest beneficiaries of this change in attitude is Rodriguez, who now takes his place among the greatest catchers ever, his name mentioned in the same breath as that of Johnny Bench.

*A previous version of this article mentioned Michael Young as a confirmed steroid user. There has never been any evidence presented that Young used PEDs. We regret that error.

Tags:2000s2010sBaseball Hall of FamePudge Rodriguez
share on: FacebookTwitter Linked In 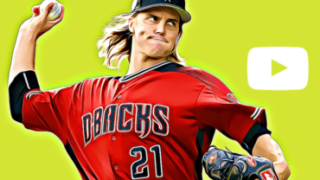