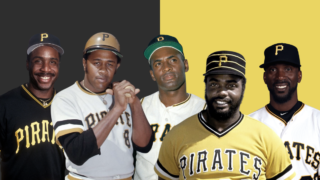 The 20 Greatest Pittsburgh Pirates of All-Time 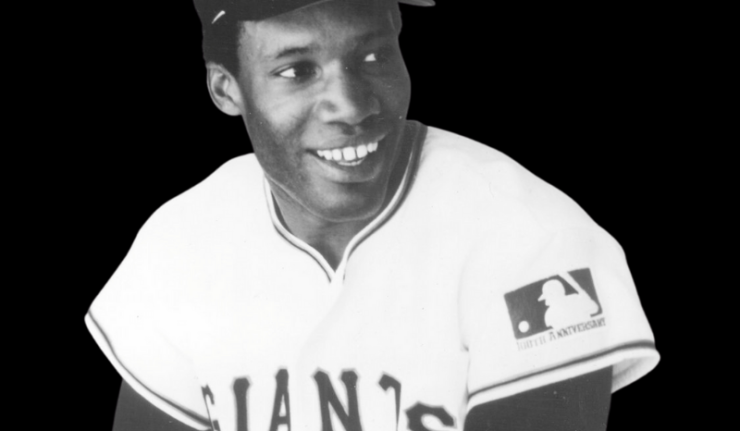 Bobby Bonds five times hit at least 30 home runs and stole at least 30 bases in the same season, a record he shares with his son. Only five players have reached 30/30 as late as age 32: Bobby and his kid; Barry Larkin; Dante Bichette; and the old-timer Ken Williams.

When Bonds arrived as a young player with the Giants in the late 1960s, the team compared him to Willie Mays. That was unfair, of course, and Bobby suffered for years under the weight of that comparison. Willie was a once-in-a-lifetime center fielder, and no matter what Bobby did with the glove, he would fall short. Willie had awesome power, but Bobby struck out…a lot. Willie won home run titles and MVP awards, while Bonds did the 30/30 thing, which wasn’t nearly as exciting. When the media kept writing about his potential, Bobby took it as an attack. He didn’t like criticism, and he withdrew, bitter. That bitterness was manifested in his son Barry, who never trusted the fourth estate.

Bobby had one of his finest seasons in 1973, just missing 40/40 by one homer. But the taste of San Francisco was starting to sour. He was pulled over for drunk driving that year, and his drinking problem started to be noticeable on team flights and in the clubhouse. In 1974 his power numbers plummeted and he had one of his worst seasons. The Giants figured (correctly) that Bobby’s thirties would not be as fruitful as his twenties and traded him to the Yankees. The deal shocked Bonds, but rumors had been swirling for months that teams were trying to pry him away from the G-Men. The Phillies reportedly declined a trade offer that would have sent Bonds to them for catcher Bob Boone and pitcher Wayne Twitchell. When the Giants pulled the trigger on the Bonds-to-Yankees deal, the Phils had another offer on the table: Steve Carlton and another player for Bobby. It’s one of the great “what-if” trades of baseball history.

It didn’t help Bobby that the Giants traded him for Bobby Murcer, who had also been compared unfairly to a legend. At Yankee Stadium, the fans in the right field bleachers reminded Bonds that he wasn’t Murcer nor Mantle. Bobby only played one season in pinstripes, embarking on a seven-teams-in-seven-years tour that finished out his career. He still had immense talent as he ping-ponged around baseball changing uniforms, but Bobby never got settled after leaving San Francisco. He retired having won three Gold Gloves and with more than 300 home runs and 400 stolen bases, but that word “potential” haunted him. As if mirroring his aborted career, Bobby died a young man, at the age of 57, but lived long enough to see Barry break the single-season home run record.

Most WAR in First 10 Seasons by a Right Fielder

Babe Ruth is missing because he didn’t play right field enough in the first decade of his career: he was pitching and often playing left field. Shoeless Joe went on to become a left fielder. Eight of the players on this list are in the Hall of Fame (or soon will be), the only exceptions are Betts, Joe Jackson, and Bobby Bonds, who was comparable to Al Kaline in value over the first decade of his career. (Betts has 50 WAR through eight seasons)